At its Jan. 17 meeting, the Judicial Council will receive a final report on a three-year grant for 39 collaborative courts and pretrial programs that tracked retention, recidivism, and failure to appear rates for participating defendants.
By Judicial Council Public Affairs

SACRAMENTO—The Judicial Council at its January 17 meeting will receive a final report on a three-year grant for 39 collaborative courts and pretrial programs that tracked retention, recidivism, and failure to appear rates for participating defendants.

New Rule on Workplace Conduct: The council will consider a new rule of court to improve how judicial branch entities prevent and address harassment, discrimination, retaliation, and inappropriate workplace conduct. The new rule would create standardized requirements for court policies on these complaints.

Education for Judges and Court Staff: The council will consider its next two-year education plan for developing and delivering education to the judicial branch. In addition to educational materials, the plan includes hundreds of in-person and online programs and courses for judicial officers, court management, and staff.

Court of Appeal Online Tools: The council will hear from the Court of Appeal, Fifth Appellate District, about the court's Transcript Assembly Program and its new Self-Help and Learning Center Website. The new website includes a timeline and steps of a typical appeal, educational videos, forms, and a chatbot to answer questions. The project is one of 50 programs supported by the Court Innovations Grant Program to promote court innovations and efficiencies.

The meeting agenda and council reports are online, and a link to the live videocast of the meeting will be on the California Courts website on the day of the meeting. 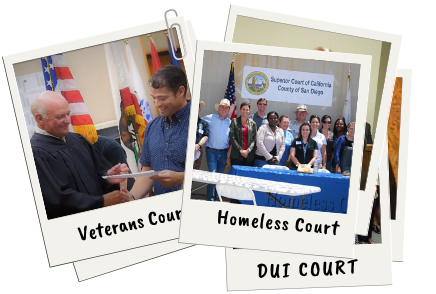