At its January 17 meeting, the council received a final report on a three-year grant supporting 39 collaborative court and pretrial programs that tracked retention, recidivism, and failure to appear rates for participating defendants.
By Judicial Council Public Affairs

SACRAMENTO—The Judicial Council at its January 17 meeting received a final report on a three-year grant for 39 collaborative court and pretrial programs that tracked retention, recidivism, and failure to appear rates for participating defendants. Results from the evaluation of these programs support the case for ongoing and sustained funding to replicate and expand their use across the state.

“This information will be really be helpful to us, as there is a lot of pushback on efforts we’re making to try to reform the criminal justice system,” added Senator Hannah-Beth Jackson, chair of the Senate Judiciary Committee and member of the Judicial Council. “It’s important the public know this approach has great promise and has seen great results. Although there is still more work to be done, this work will help move us forward.”

New Rule on Workplace Conduct: The council approved a new rule of court to improve how judicial branch entities prevent and address harassment, discrimination, retaliation, and inappropriate workplace conduct. The new rule would create standardized requirements for court policies on the prevention, reporting, and resolution of these types of complaints. Council staff will be providing guidance to courts on how to implement the new rule. Watch

Financial Plan for Building New Courthouses on Hold: Originally on today’s agenda, the council deferred until its next meeting in March consideration of an updated five-year infrastructure plan for the judicial branch’s courthouse construction program. As a result, the council also deferred consideration of a fiscal year 2020-21 funding request for the courthouse construction projects on the council's statewide priority list. Council leaders chose to give the branch more time to consider the infrastructure plan and funding request in light of the governor’s recently proposed budget for fiscal year 2020-21, which includes $2 billion for court facilities.

Court of Appeal Online Tools: The council heard from the Court of Appeal, Fifth Appellate District, about the court's Transcript Assembly Program and its new Self-Help and Learning Center Website. The new website includes a timeline and steps of a typical appeal, educational videos, forms, and a chatbot to answer questions. The project is one of 50 programs supported by the Court Innovations Grant Program to promote court innovations and efficiencies. Watch 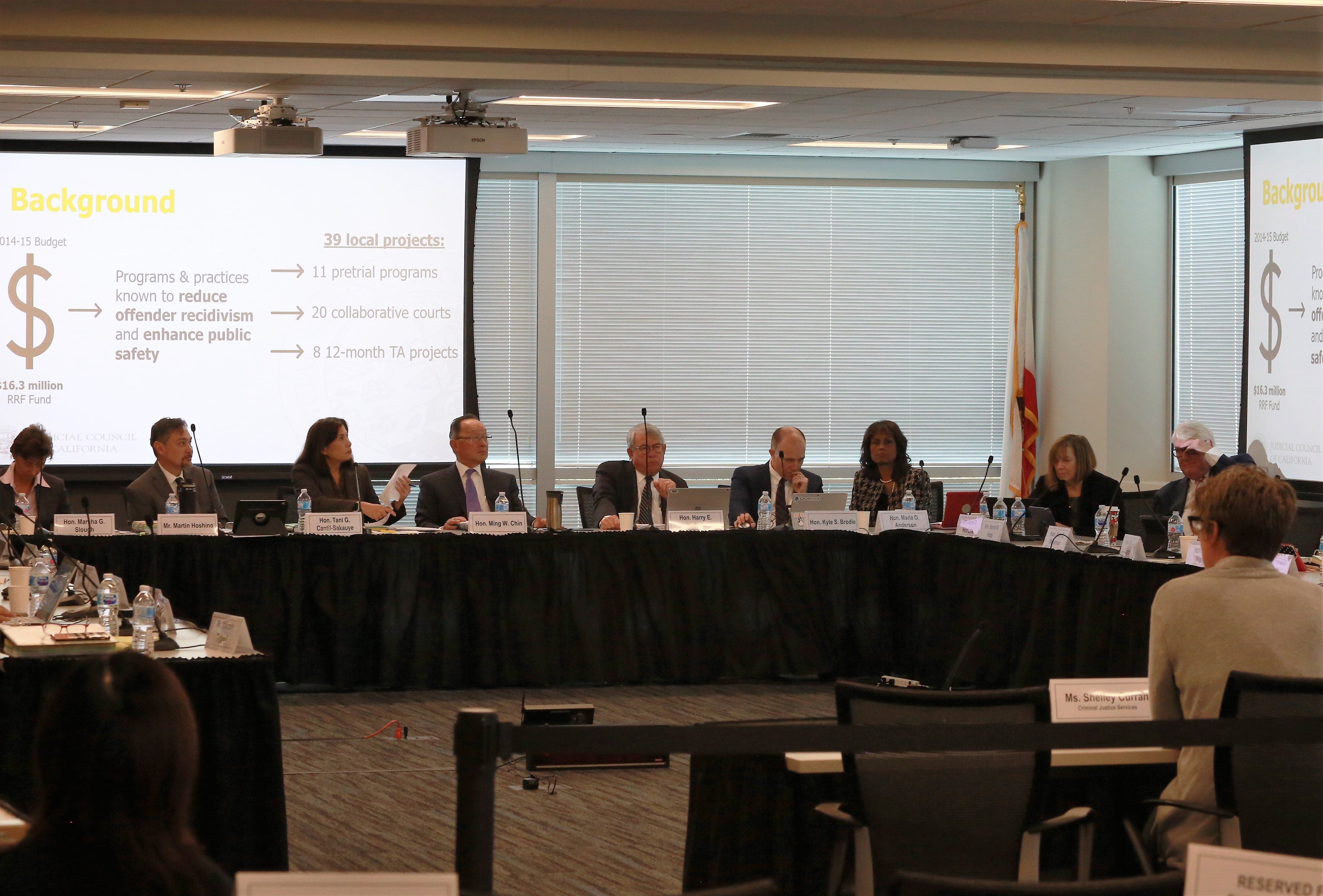