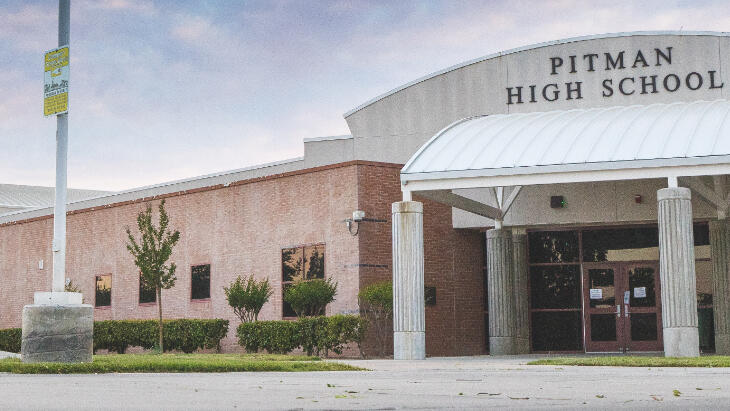 In 2020, when a once-in-a-lifetime global pandemic moved students to virtual classrooms, government teacher Isaac Farhadian got creative. He used the coinciding election year as an opportunity to continue civic engagement remotely for students at John H. Pitman High School in the Central Valley.

Farhadian connected with the California Student Mock Election, and soon his students were hosting a virtual mock election, as well as investigating issues, propositions, and the platforms of presidential candidates.

More than 800 students cast their ballots in the mock election, including the entire senior class and much of the sophomore and junior classes, too.

“The whole idea was to get kids involved in the democratic process,” he said. “This happens once every four years – let’s do something special with it.”

The mock election was the first of its kind at the Turlock high school and was meant to inspire dialogue and better prepare students to become responsible future voters, he said.

Farhadian is also the adviser of the school’s award-winning Junior State of America (JSA) program. As part of the program, students hosted a virtual “election-con” in 2020 to educate their peers about propositions and the differences between a ‘yes’ and ‘no’ vote.

He hopes these lessons help students recognize they have a voice in their community.

“Knowledge is power,” he said. “The more research you do, the more prepared you’ll be. You have a say in how our government is run on a day-to-day basis.”

Farhadian is one of five outstanding leaders and educators named this year’s Champions of Civics for their commitment to civics education inside and outside the classroom.

The Champions of Civics were named as part of the Civic Learning Award, co-sponsored by Chief Justice Tani G. Cantil-Sakauye and State Superintendent of Public Instruction Tony Thurmond. Award sponsors held a virtual Celebration of Civics Ceremony for all honorees, including Farhadian, who was nominated by John H. Pitman High School vice-prinicpal John Acha.

"Since he got here to Pitman many years ago, and as a student teacher, he's always bringing forth new ideas, new ways to improve," Acha said.

In Farhadian's nomination, one student shared, "When it came to learning about our rights as American citizens, we didn't just read the Constitution, we put it to work."

Nominations for this year’s Champions were solicited with an application last fall. Members of the Chief Justice's Power of Democracy Steering Committee reviewed, ranked, then discussed each nomination before making final recommendations to the award sponsors. 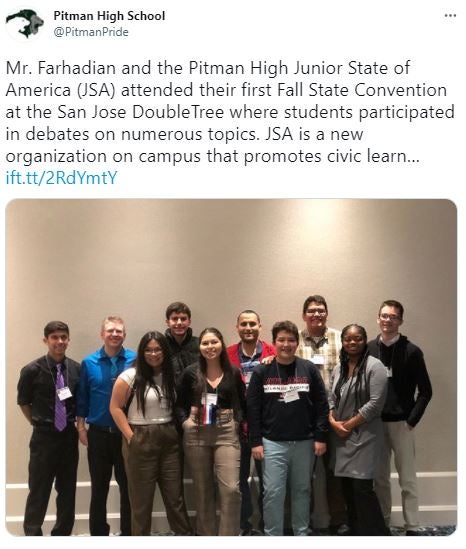 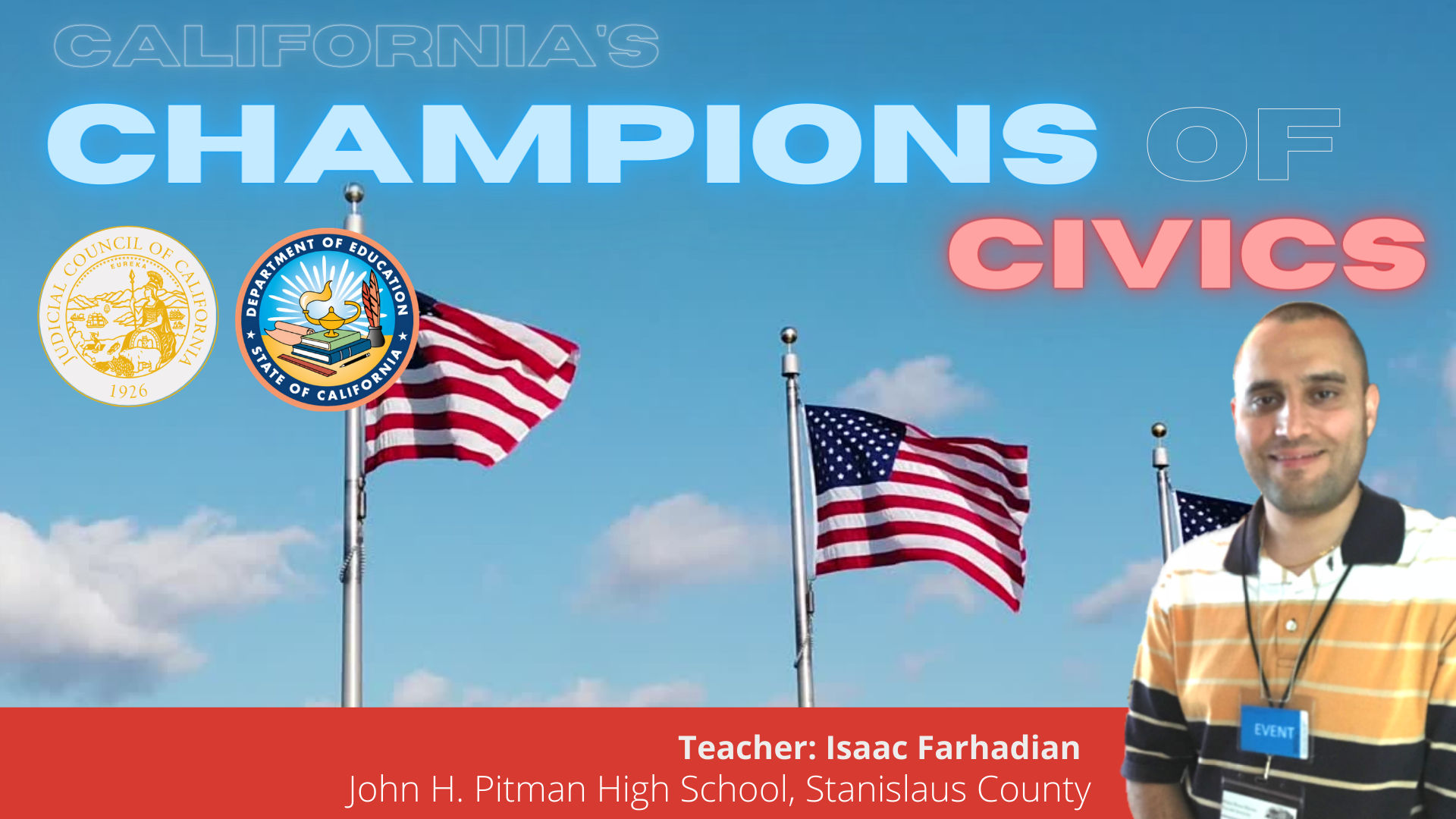