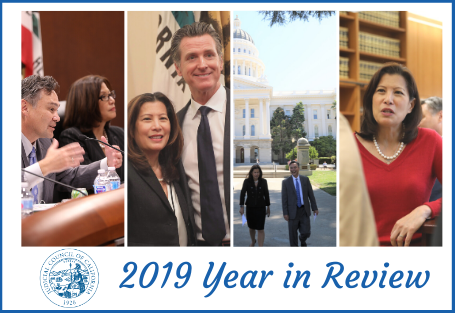 The Judicial Council of California marked another successful year in its advocacy and support for programs and funding that ensure equal access to justice for all Californians. The following are highlights of those efforts: 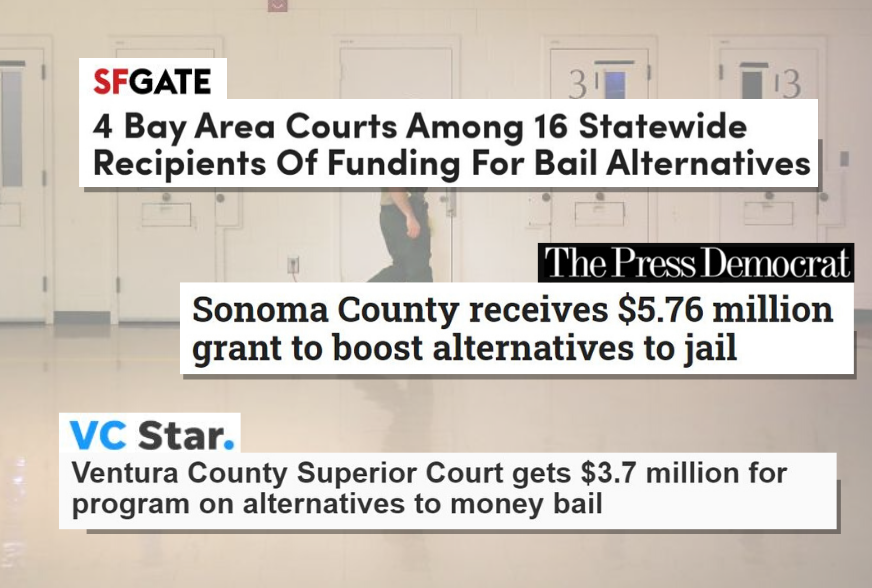 California counties launched 16 pilot projects that will test methods for ensuring the safe and efficient release of arrestees before trial. Funded by $75 million from the state budget, the two-year programs resulted from recommendations of the Pretrial Reform and Operations Workgroup. Convened by the Chief Justice, the workgroup of trial court judges, appellate justices, and court executive officers from around the state is also studying risk assessment tools to help judges decide which defendants may be safely released before trial. Related.

Judicial branch leaders continue to advocate for sustainable state funding for court services and infrastructure, and for moving away from a reliance on fines and fees paid by court users. The council's Administrative Director Martin Hoshino, who served on a national task force on fines, fees, and bail, provided a brief report on the subject at the November Judicial Council meeting. Watch (2:20)

He pointed out that the government’s reliance on fines and fees to fund vital local and state services presents social justice issues and is not sustainable under current trend lines. The good news, he said, is that all three branches of government are aware of the problem and want to revisit the funding structure that provides government services. 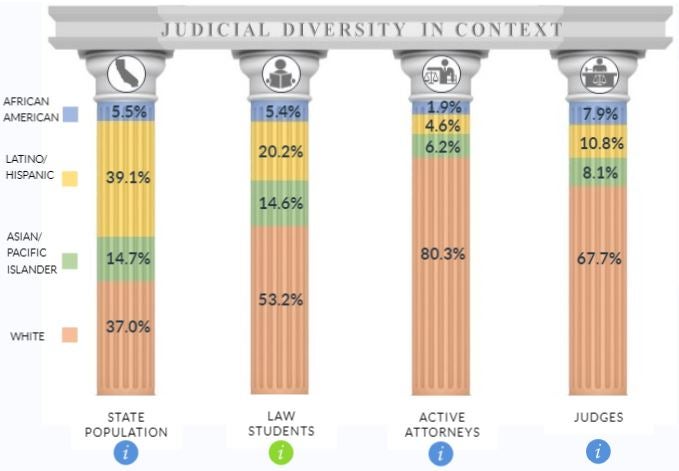 The council created a new online toolkit designed to increase the diversity of applicants for judicial appointment in California. The toolkit for judicial officers and courts includes models of mentorship programs, seminars, and other educational events to help them reach diverse communities in their counties. See more | Watch

Successes in language access include expanding court interpreters in civil proceedings, providing language help at court counters and self-help centers, multilingual translation and signage, and conducting outreach to communities about language services. In addition, the council updated guidelines for using video remote interpreting (VRI) and established a new VRI program for the judicial branch. The program includes the development of master contracts with the two approved technology vendors who took part in a pilot project to assist courts interested in using VRI. See more. 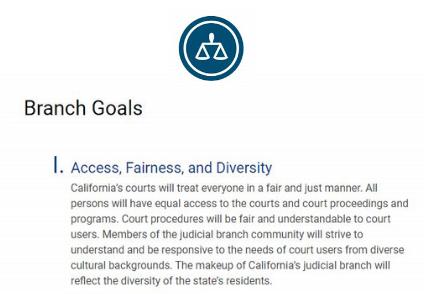 The council reaffirmed the strategic plan for the judicial branch. The plan includes goals to protect the courts’ independence and accountability, modernize operations, provide education for judges and court staff, and ensure adequate and stable funding to improve the administration of justice for all Californians. View plan. 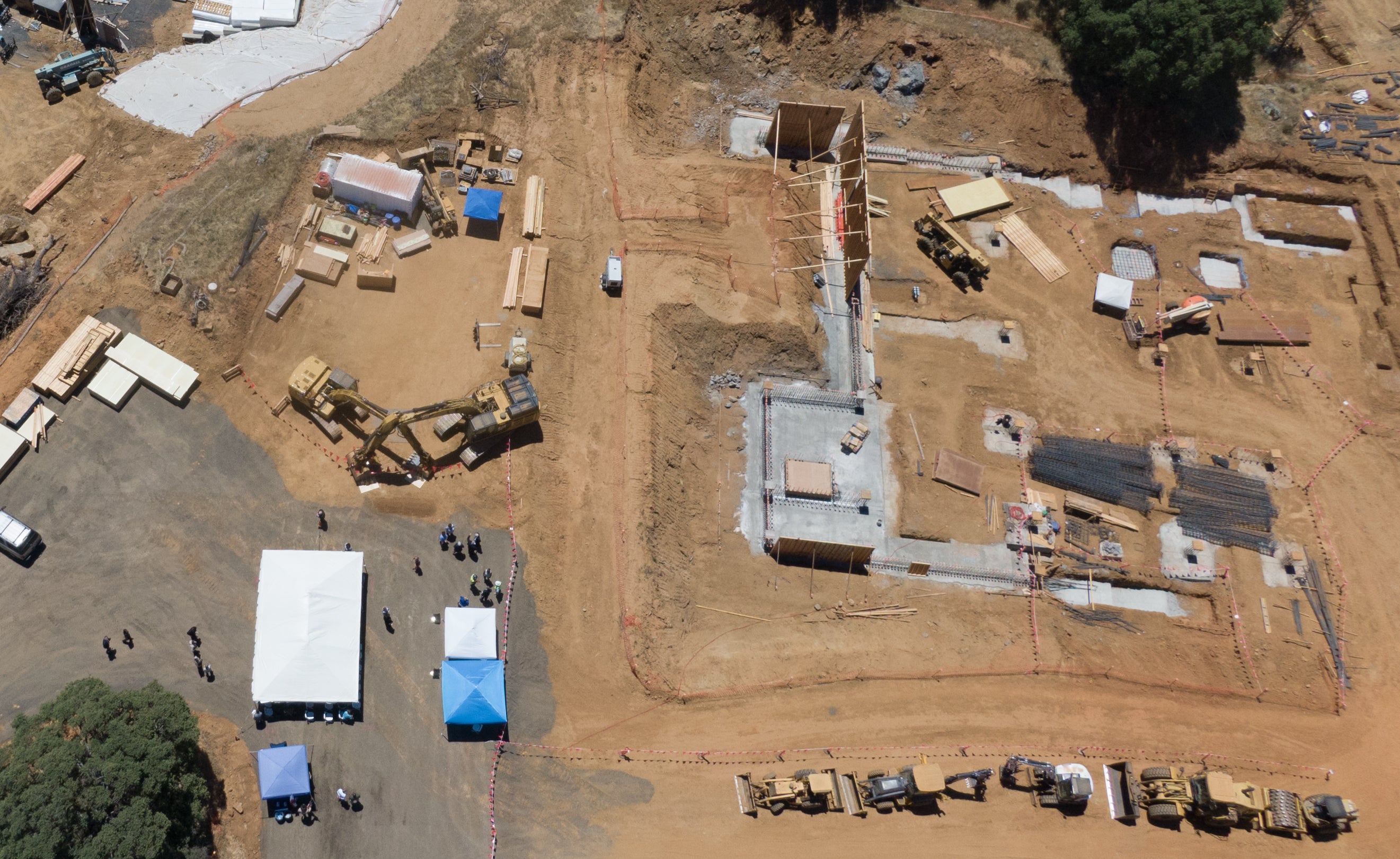 The state Budget Act of 2018–19 funded 10 critically needed new courthouse projects through construction. In 2019, the judicial branch broke ground on three of those new facilities—in Shasta, Siskiyou, and Tuolumne counties, with expected completion dates in 2020 and 2021. But before the Legislature would fund more new courthouse construction projects, the council had to rank its highest priority projects. Council staff reviewed hundreds of court facilities throughout the state and local courts assessed their operations and the potential implications of new construction. In addition, public comment led to a revision of the scoring criteria and priority list. See more. 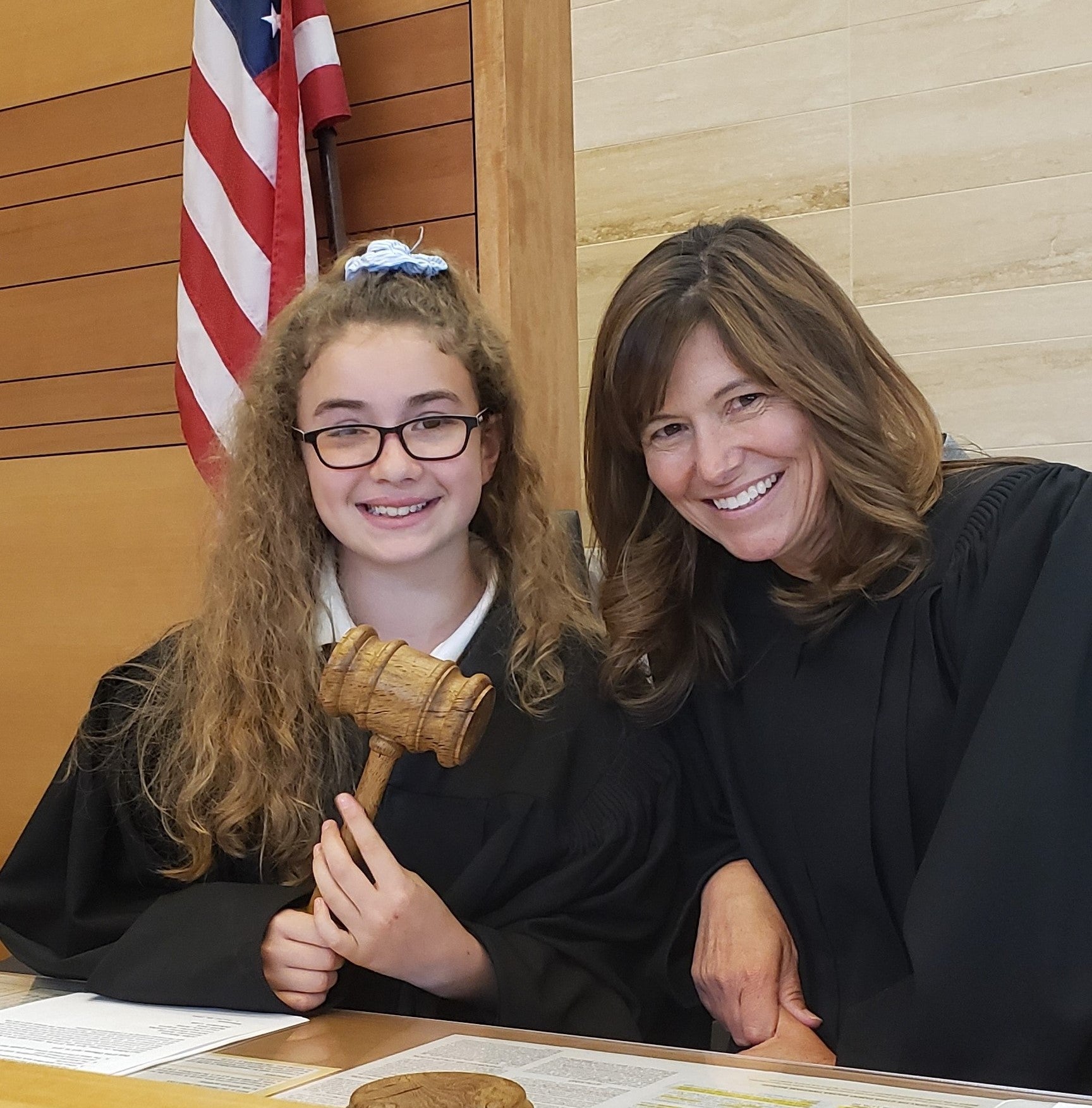 California courts continued efforts to reach out to their communities through civics education. Appellate courts invited students to oral arguments and attendees had the opportunity to ask the justices questions about the case and their paths to the bench. Trial courts also planned a variety of outreach programs, including youth-led mock trials, court/clergy conferences, and seminars for teachers.

In addition, the Chief Justice’s Power of Democracy Steering Committee continued its Civic Learning Awards program, which celebrated its seventh year with a record number of schools submitting applications—six were awarded at the top tier levels. The committee’s Judges in the Classroom program pilot wrapped with 37 judges visiting 34 classrooms, engaging with 1,287 students. See more.

Honoring Extraordinary Contributions to the Branch The council presents its Distinguished Service Awards and cosponsors the Aranda Access to Justice Award to recognize extraordinary leadership and contributions to the justice system. This year the council honored judicial leaders who championed access to justice for tribal communities, pioneered court models that encourage treatment over incarceration, and dedicated their time to providing equality and access to the judicial system. See more.

What is the Judicial Council?
The Judicial Council is the policymaking body of the California courts, responsible for ensuring the consistent, independent, impartial, and accessible administration of justice. The council develops judicial branch goals in its strategic and operational plans and carries out its mission with help from its advisory committees, task forces, and staff, as well as local courts throughout the state. Each year the council helps implement new legislation, adopts hundreds of new court rules and forms, and stewards statewide initiatives, programs, and services for courts and the public. See more.