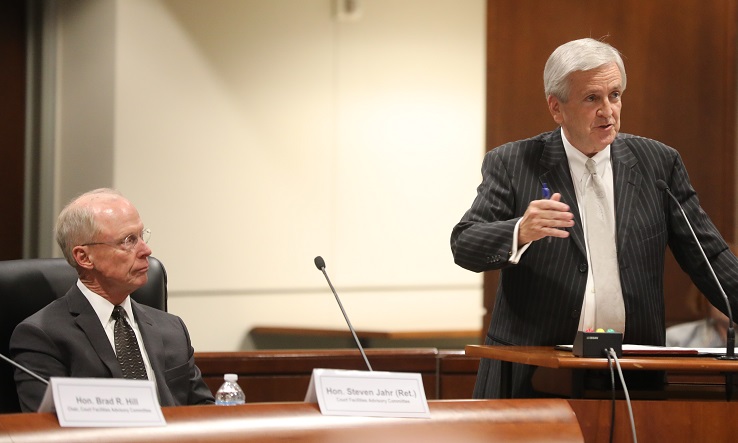 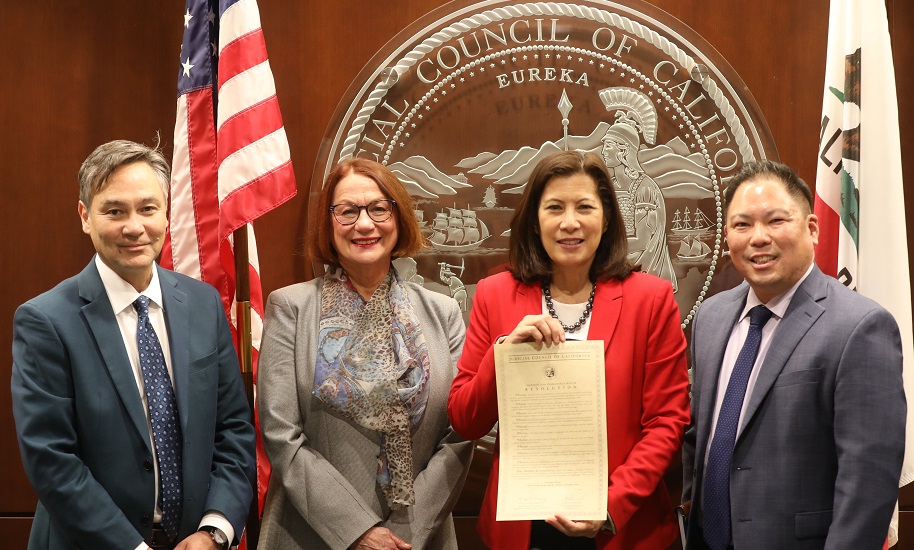 At its Nov. 14 meeting, the Judicial Council signed a resolution declaring November to be Court Adoption and Permanency Month. 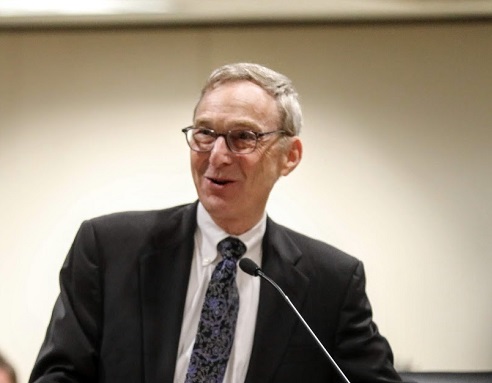 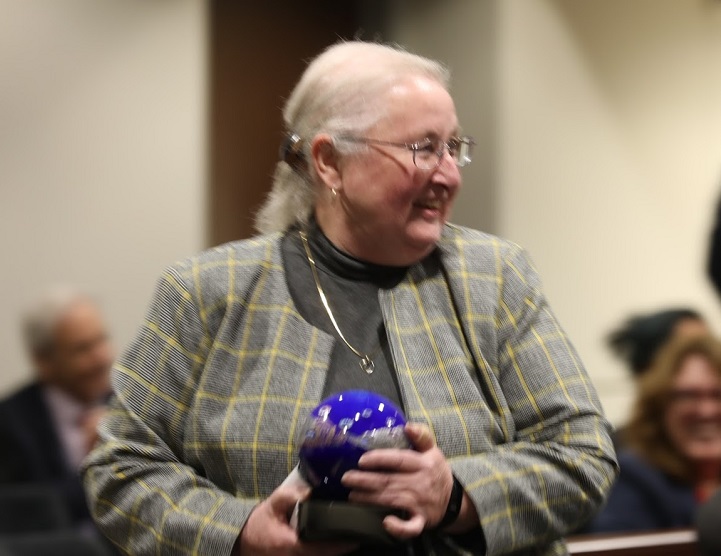 Judge Hilary Chittick received the council's Distinguished Service Award for helping to create new court models that offer treatment and prevention to offenders instead of imprisonment or fines. 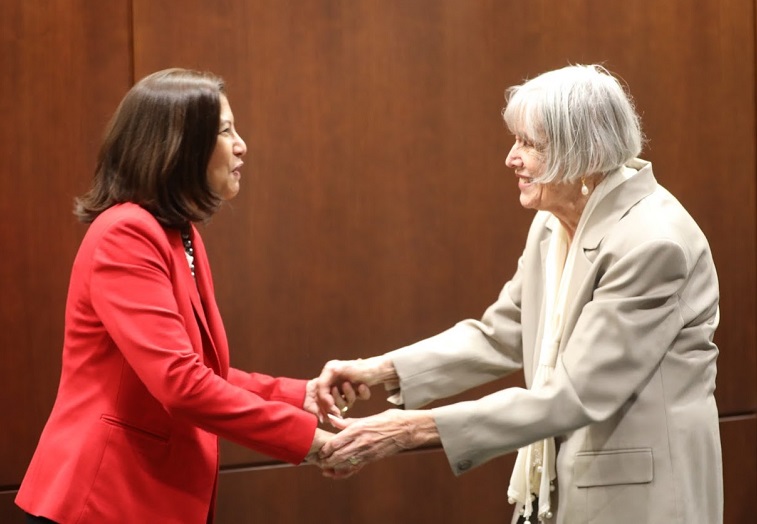 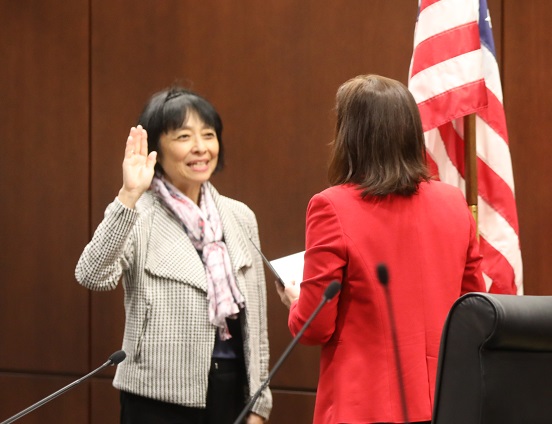 Judge Tam Nomoto Schumann (Ret.) will serve a one-year term on the Judicial Council as the 88th President of the California Judges Association.

SAN FRANCISCO—The Judicial Council at its Nov. 14 meeting updated the priority list (list starts on page 45 of the report) for new courthouse construction projects statewide. The council also adjusted the scoring process and criteria used to create the list.

“Last year’s state budget changed everything,” said Judge Steven Jahr (Ret.), a member of the council’s Court Facilities Advisory Committee. “Up to that point, new courthouse construction was financed by court fee and fine revenue, which by definition, is fixed and exhaustible. But now, the Governor and Legislature has committed the state’s general fund to build the public’s courthouses. This represents a sea change for our branch, and means our courthouse construction program is no longer finite in duration. There are 80 projects proposed; our goal is to build all of them.”

But before the Legislature will fund more new courthouse construction projects, the council had to rank its highest priority projects. Council staff reviewed hundreds of court facilities throughout the state, and local courts assessed their operations and the potential implications of new construction. In addition, before submitting the final report for the council’s consideration, the committee revised the initial scoring criteria and priority list based largely on public comment. Watch

Legislative Priorities: The council approved legislative priorities for the upcoming year, which include improving court efficiency, growing investment in the judicial branch to help fund innovative programs and services, and ensuring stable and reliable funding for courts to better budget and plan for the future. The priorities continue to support the goals of the Chief Justice’s Access 3D initiative to improve physical, remote, and equal access to the justice system. Watch

Court Adoption and Permanency Month: The council proclaimed November “Court Adoption and Permanency Month.” This year marks the 20th year the council has recognized the efforts of California courts and justice partners to provide children and families with fair and understandable judicial proceedings and just permanency outcomes. Many local courts hold events during the month to finalize adoptions and raise awareness of the 60,000 children in foster care in California in search of a permanent home. Watch

Presentation of Distinguished Service and Aranda Awards: The council presented Justice Dennis Perluss and Judge Hilary Chittick with its Distinguished Service Award, which recognizes extraordinary contributions to California's judicial branch. In addition, the California Lawyers Association—in partnership with the Judicial Council and the California Judges Association—presented Judge Carol Brosnahan with the Aranda Access to Justice Award, which honors a judge for improving fairness and access to the courts, especially for low-and moderate-income Californians. Watch