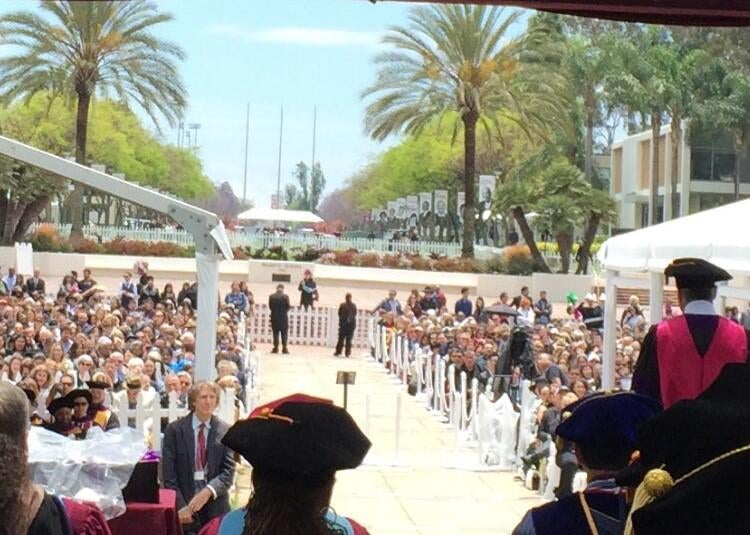 Two justices of the California Supreme Court addressed hundreds of California's newest law school graduates this commencement season. Here's some of the advice they shared.
By Merrill Balassone

Here's some of the advice they shared:

QUOTED:
"You are joining a profession that plays a vital role in maintaining our most basic democratic institutions. President William Howard Taft, the only person to have been both President and Chief Justice of the United States, once said: 'It is the law and the lawyer that make popular government under a written constitution possible.'

How right he was. We, the lawyers, are the defenders, the soldiers, the keepers, the protectors of the Constitution. The Constitution is truly an eternal light on the seashore, and you are the lighthouse keeper. It flickers at times, perhaps now more than ever, but it still burns bright. And you now join a small group of lighthouse keepers who work to keep it lit brightly.

There is a popular Shakespeare quote, from Henry the Sixth, that is often used to make fun of lawyers: 'The first thing we do, let's kill all the lawyers.' The quote is accurate, but few know the context. In fact, the speaker, Dick the Butcher, is plotting with the rebel John Cade to overthrow the king.

Dick and John understood that the way to create chaos in a civil society is to get rid of all the lawyers. Shakespeare knew that lawyers bring stability and consistency to society. Lawyers help avert the chaos that would result if individuals were permitted to resolve disputes however they see fit.

...Today is the day where you get a special, almost magical piece of paper that allows you to help people, to give power to the powerless, to give voice to the voiceless, and to defend our most cherished institutions. You are the next generation of lighthouse keepers. So, Class of 2019, my wish for you is that you use these powers wisely, in good health, and to help others."

"You are the next generation of lighthouse keepers. Class of 2019, my wish for you is that you use these powers wisely." - California Supreme Court Associate Justice Joshua P. Groban during #LLS19 Commencement keynote address. pic.twitter.com/Mf2MzAkO0l 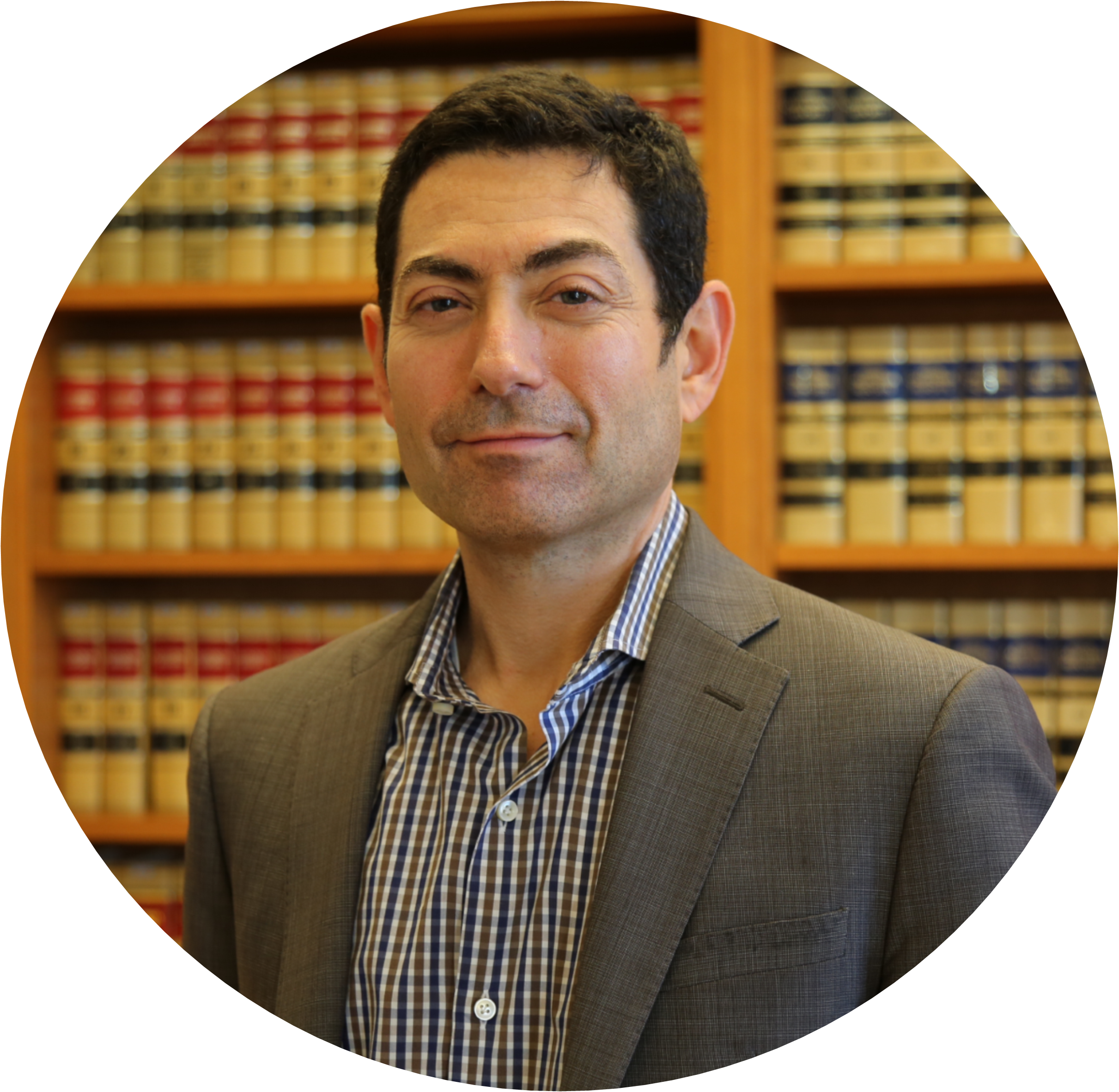 "Our parents and the generations before them who helped make many of us American have done even more. In countless ways they also helped build a world of longer lives and more food for us, supercomputers in our pockets, and a more inclusive yet still painfully imperfect society. Some of this has special meaning for those assuming the lawyer’s role of bridge-builder, advocate, person of decency and integrity, and perceptive analyst of civic life. Trying to do that while serving the people of California is the greatest honor I’ve had, aside from being a parent, an American, and of course, being married to my mother-in-law’s daughter. My colleagues and I do what we can to respect and learn from each other, as we play our small part to ensure our society’s commitments are more than empty words on paper. On this journey we reflect on how we’ve sometimes failed––and we have. At least you can take comfort that you’re not alone when you work to build more responsive institutions, or greater capacity for thoughtful decisions, or decency and humanity into the practice of law.

Yet only the foolish or dishonest deny the perils my generation leaves you as you plan your own journeys. My own kids remind me with talk of student debt and global warming, and how tough it is to afford any kind of home in California. The legacy of the very same industrial revolution that lifted billions from poverty and made countries like South Korea rich also threatens our planet’s fragile climate. You’ll be called on to tame, to render transparent, and to protect from attack ever more complex machines with greater power over your lives. The financial crisis of ten years ago reminds us how fragile are some of our political and economic assumptions and institutions, and how much the world now needs both principles and leadership.

The ideas that held together the world and America’s role in it for the last 70 years are cracking under pressure. For all our many limitations, Americans helped rebuild a war-torn world, forged the UN, welcomed millions of immigrants like my wife’s family and mine, and helped protect the oceans. Precious few of our leaders now defend that project, and our fellow Americans are losing faith in it.

Across our country and many others people want to give their kids a life as safe and prosperous as theirs, and wonder how. For a century up to 1980, real wages in America’s poorer regions like Imperial County were growing faster than those in richer places like the Bay Area. Forty years ago the trend reversed. Your higher education––what we celebrate today––makes you more likely to move to and stay in bustling metro areas like here or LA, with more good jobs and more people like you, while those with a high school education or less increasingly stay behind. Somewhere else this morning, a woman whose hands help bring us the fruits at our breakfast table wonders about the fate of her own kids in this bountiful place––and she’s not alone. No less than the trip my mother-in-law once took as a young girl, our shared civic journey calls for leadership and some clarity about the destination. In every family, leadership is a fierce blend of idealism to envision a different world while preserving what we value and the practicality—sometimes borne from long journeys across imposing borders of mind or map––to make something happen."

"...When the sun sets tonight after a long California day, it won’t matter if you’re a conservative who hails from Kern or call yourself a liberal in Lafayette. We don’t want our kids to lose their share of the California dream. We worry about the debts they’ll carry from previous generations. We’d rather see a country where people get their day in court, and firefighters put out the flames threatening life and property. We prefer a world where people are treated with dignity instead of disdain.

But let’s be clear about what 'dignity instead of disdain' also means. It’s reckless to ignore the brushfires of hate or failures of decency that can tear us asunder. And if anyone knows brushfires call for a forceful response, it’s Californians. What threatens to kindle those fires is apathy, and lack of integrity and decency, especially from our leaders. When you hear someone in power insult people in our country because of their national origin or religion, you think the foes of democracy in other countries aren’t smiling at our divisions?"

Justice Corrigan was one of four U.S. and international leaders who received honorary degrees from the University of Notre Dame at its commencement ceremony.