*Media pool photos of the swearing in are also available via AP and Tribune News wire services.

SACRAMENTO—Chief Justice Patricia Guerrero took office today as the 29th Chief Justice of California. She is the first Latina and third woman to hold the office in state history.

Chief Justice Guerrero took the oath with her purse tucked under her arm—inside were her mother's rosary, and a belt buckle from her father, a rodeo rider.

"I am honored and privileged to serve as the 29th Chief Justice of this great state," said Chief Justice Guerrero. "I look forward to protecting the rights of all Californians and ensuring equal access to justice. Just as I did not get here alone, I do not move forward alone, and I look forward to embarking on this exciting new journey with family, friends, and colleagues."

"I am confident that whatever new challenges may arise...Chief Justice Guerrero will meet them with grace and skill. She has strength from her family roots in the Imperial Valley, and the strong guidance of her parents and grandparents."

Justice Kelli Evans was also sworn in as an associate justice of the California Supreme Court.

Said Justice Evans: "The California Supreme Court is a beacon, and I am immensely humbled and proud to be joining the court today. I pledge to serve the people of our beautiful state to the very best of my abilities, doing all I can to help fulfill the promise of equal justice under the law."

"What stood out to us in law school about Kelli was her commitment to justice," Finelli said. "She went to law school to make the legal system work for everyone....and especially those the system had traditionally overlooked, or even mistreated."

Chief Justice Guerrero was nominated to office by Governor Gavin Newsom in August 2022, unanimously confirmed by the Commission on Judicial Appointments the same month, and overwhelmingly approved by voters in the November 2022 general election. The California State Bar Judicial Nominees Evaluation Commission rated Chief Justice Guerrero as exceptionally well qualified for the position prior to her public confirmation hearing.

As Chief Justice she also chairs the Judicial Council of California, the administrative policymaking body of the state courts, and the Commission on Judicial Appointments.

Chief Justice Guerrero first joined the California Supreme Court as an associate justice in March 2022, making her the first Latina to serve on the state's high court.

Prior to being elevated to the California Supreme Court, Chief Justice Guerrero served as an associate justice at the Fourth District Court of Appeal, Division One since December 2017, and in San Diego Superior Court from 2013 to 2017, where she served as Supervising Judge of the Family Law Division in 2017.

Prior to her appointment to the bench, Chief Justice Guerrero worked as an associate at Latham & Watkins LLP starting in 1997 and became an equity partner in 2006. She served as an assistant U.S. attorney at the U.S. Attorney’s Office, Southern District of California from 2002 to 2003.

A native of the Imperial Valley raised by immigrant parents from Mexico, Chief Justice Guerrero began working in a grocery store at the age of 16 and graduated as co-valedictorian in high school. She continued working to help pay for her education while attending the University of California, Berkeley, where she was honored with an award given to the top two students in the Legal Studies major upon graduation in 1994. In 1997, she earned a Juris Doctor degree from Stanford Law School and received an award for excellence in legal writing.

Chief Justice Guerrero has contributed many hours of pro bono work, including as a member of the Advisory Board of the Immigration Justice Project, to promote due process and access to justice at all levels of the immigration and appellate court system. She has assisted clients on a pro bono basis in immigration matters, including asylum applications and protecting vulnerable families by litigating compliance with fair housing laws. While a justice on the Fourth District Court of Appeal, Chief Justice Guerrero was chair of the State Bar’s Blue Ribbon Commission on the Future of the Bar Exam and chair of the Judicial Council of California Advisory Committee on Criminal Jury Instructions. Chief Justice Guerrero has also been active in the “Judges in the Classroom” civics program.

Justice Kelli M. Evans serves as an Associate Justice of the California Supreme Court. Before joining the Supreme Court, Justice Evans served as a Judge in the Alameda County Superior Court, presiding over both criminal and civil matters.

Prior to her appointment to the Alameda County bench, Justice Evans served as Chief Deputy Legal Affairs Secretary in the Office of Governor Newsom, where she advised the Governor and executive agencies on a variety of legal, policy, and legislative issues.

Justice Evans previously served as Special Assistant to the Attorney General at the California Department of Justice with a focus in criminal justice, public safety, and civil rights law and policy.

Justice Evans has had a career of public service. Before joining the California Department of Justice, she served as Senior Director for the Administration of Justice at the California State Bar. Prior to joining the State Bar, she was Associate Director of the ACLU of Northern California and served as a Senior Trial Attorney in the Civil Rights Division of the U.S. Department of Justice, and as an Assistant Public Defender at the Sacramento County Public Defender’s Office. Justice Evans also has served as a member of federal court-appointed monitoring teams for the Oakland and Cleveland Police Departments.

Justice Evans has sat on the governing boards of a number of non-profit organizations and currently serves on the California Commission on Access to Justice. She has received numerous awards and recognition including the King Hall Distinguished Alumna Award, the Stanford Trailblazer Award, Judge of the Year Award, Attorney General’s Award for Exceptional Service, State Bar President’s Award, and a Medal of Achievement from the Washington Metropolitan Police Department.

Justice Evans received her undergraduate degree from Stanford University and her law degree from the University of California at Davis, where she was the recipient of the Martin Luther King, Jr. Award for Public Service. 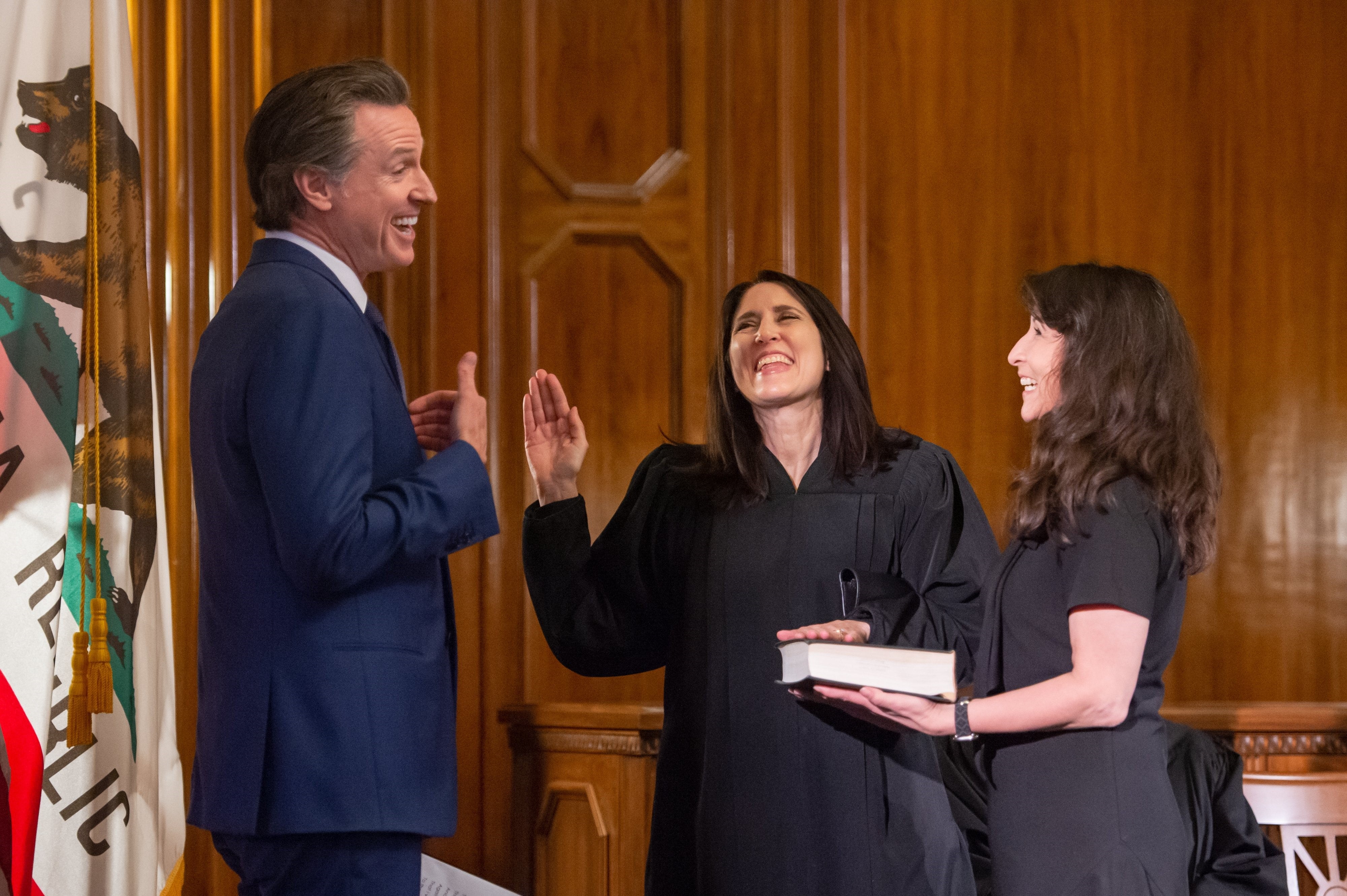 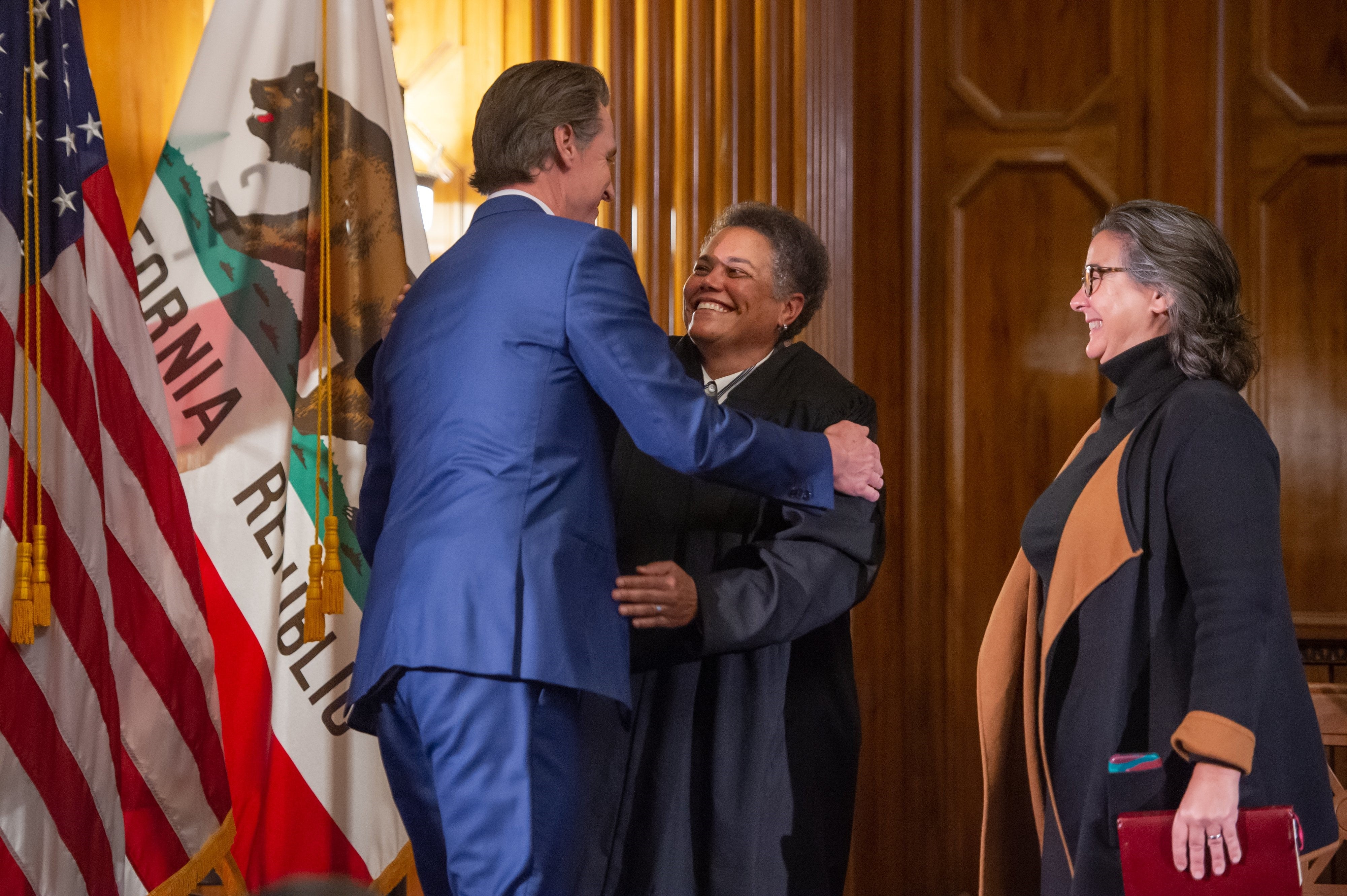