By the Office of Governor Gavin Newsom

Said California Chief Justice Cantil-Sakauye: "I am proud to congratulate my colleague Justice Guerrero on her nomination as the first Latina and third woman to serve as Chief Justice of California, and also to Judge Kelli Evans on her nomination as associate justice to the Supreme Court. I look forward to learning more about them at an upcoming Commission on Judicial Appointments Hearing."

The Governor also announced his intention to appoint Alameda County Superior Court Judge Kelli Evans to serve as an Associate Justice of the California Supreme Court to fill the vacancy created by Justice Guerrero’s elevation to Chief Justice. Judge Evans has broad experience throughout the non-profit, private, and public sectors and served as Governor Newsom’s lead attorney on a wide range of law enforcement, public safety, and criminal justice and civil rights-related law, policy, and litigation issues.

“Justice Guerrero has established herself as a widely respected jurist with a formidable intellect and command of the law and deep commitment to equal justice and public service,” said Governor Newsom. “A first-generation Californian from the Imperial Valley, Justice Guerrero broke barriers as California’s first Latina Supreme Court Justice, enriching our state’s highest court with her insights and deep understanding of the real-world impacts of the Court’s decisions in the lives of everyday Californians. I thank Justice Guerrero for her willingness to step into this role and am confident that the people of California will continue to be well served by her leadership for years to come.”

“I am humbled by this nomination to lead our state’s Supreme Court and thank the Governor for entrusting me with this honor,” said Justice Guerrero, who was sworn in to the California Supreme Court by Governor Newsom earlier this year. “If confirmed, I look forward to continuing the strides the Court has made under Chief Justice Cantil-Sakauye to expand equal access to justice and create a fairer justice system for all Californians.”

Video: Justice Guerrero takes the oath of office as an associate justice of the California Supreme Court in March.

“Throughout her career, Judge Evans has dedicated herself to helping all Californians have an equal chance at justice,” said Governor Newsom. “Raised by her grandmother in public housing, Judge Evans was inspired from a young age to find ways to help expand justice and opportunity for everyone, especially marginalized and vulnerable communities. I have seen firsthand her commitment to the highest ideals of public service, and her passion to protect and advance civil rights and liberties for all Californians. I have no doubt that her exemplary talent, wide-ranging knowledge and experience, strong moral compass, and work ethic will make her an outstanding Supreme Court Justice,” said Governor Newsom.

“I am truly honored by this opportunity to serve the people of California on our state’s highest court,” said Judge Evans. “I have worked my entire career to promote equality and access to justice and to protect the rights of some of society's most disenfranchised members. If confirmed, I look forward to furthering our state’s work to ensure equal justice under the law for all Californians.”

Raised in the Imperial Valley by immigrant parents from Mexico, Justice Guerrero, 50, of Coronado, served as an Associate Justice at the Fourth District Court of Appeal, Division One from 2017 to 2022 and has wide-ranging experience as a trial court judge, partner at a major law firm and Assistant U.S. Attorney.

As an appellate justice at the Fourth District Court of Appeal, Justice Guerrero authored numerous opinions to protect the rights of consumers and individuals, while also ensuring that defendants’ constitutional rights are protected and that all parties, including the government, are treated fairly and consistent with the rule of law. She served as a Judge at the San Diego County Superior Court from 2013 to 2017 and was Supervising Judge for the Family Law Division at the Court in 2017. Justice Guerrero was hired as an Associate at Latham & Watkins and became a Partner in 2006. She served as an Assistant U.S. Attorney at the U.S. Attorney’s Office, Southern District of California from 2002 to 2003. Justice Guerrero earned a Juris Doctor degree from Stanford Law School. The compensation for this position is $293,286. She is a Democrat.

“This is truly an exceptional and historic day for the people of California and for the justice system. Justice Guerrero is an outstanding choice to lead our court system. This includes chairing the work of the California Supreme Court in reviewing the landscape of thousands of legal opinions across the state and ensuring that the development of the law is consistent with the statutory and Constitutional mandates that govern our state,” said retired California Supreme Court Justice Carlos R. Moreno. “Justice Guerrero’s inspiring nomination demonstrates that, regardless of humble beginnings, hard work and commitment to one’s values can lead to the fulfillment of the true American dream."

Instilled with the importance of education by her grandmother, Judge Evans, 53, of Oakland, excelled academically and was able to attend a top-rated high school when her family moved from a public housing project to a HUD subsidized apartment. One of only a small number of students of color at the school, she managed to thrive and graduate among the top of her class while working 20 hours a week to help support her family. Judge Evans went on to attend Stanford University and earn a Juris Doctor degree from the University of California, Davis School of Law, where she received the Martin Luther King, Jr. award for exceptional public service.

Judge Evans has served as a Judge in the Alameda County Superior Court since 2021. Prior to this appointment, she served as Chief Deputy Legal Affairs Secretary in the Office of Governor Gavin Newsom, where she helped shape California’s moratorium on capital punishment and advised the Governor and executive agencies on myriad issues in administrative proceedings and in state and federal trial and appellate courts. Judge Evans served as Special Assistant to the Attorney General at the California Department of Justice from 2017 to 2019 and was Senior Director for the Administration of Justice at the California State Bar from 2014 to 2017. She was Associate Director of the ACLU of Northern California from 2010 to 2013, where she served as an Attorney from 1995 to 1998. She was a Partner at Independent Assessment & Monitoring LLP from 2006 to 2010 and an Associate at Relman and Associates from 2001 to 2004. Judge Evans served as a Senior Trial Attorney in the Civil Rights Division of the U.S. Department of Justice from 1998 to 2001 and as an Assistant Public Defender at the Sacramento County Public Defender’s Office in 1995. She has served as a member of federal court-appointed monitoring teams for the Oakland and Cleveland Police Departments. The compensation for this position is $279,677. She is a Democrat.

“Judge Kelli Evans is a brilliant choice to serve as Associate Justice on the California Supreme Court. Besides being an amazingly accomplished lawyer and judge, she has devoted her professional life – and her very heart and soul – to social justice for all and is ideally suited for service on the state’s highest court. I cannot imagine anybody better than Judge Evans to fill the vacancy,” said Kevin Johnson, Dean of the University of California, Davis School of Law. 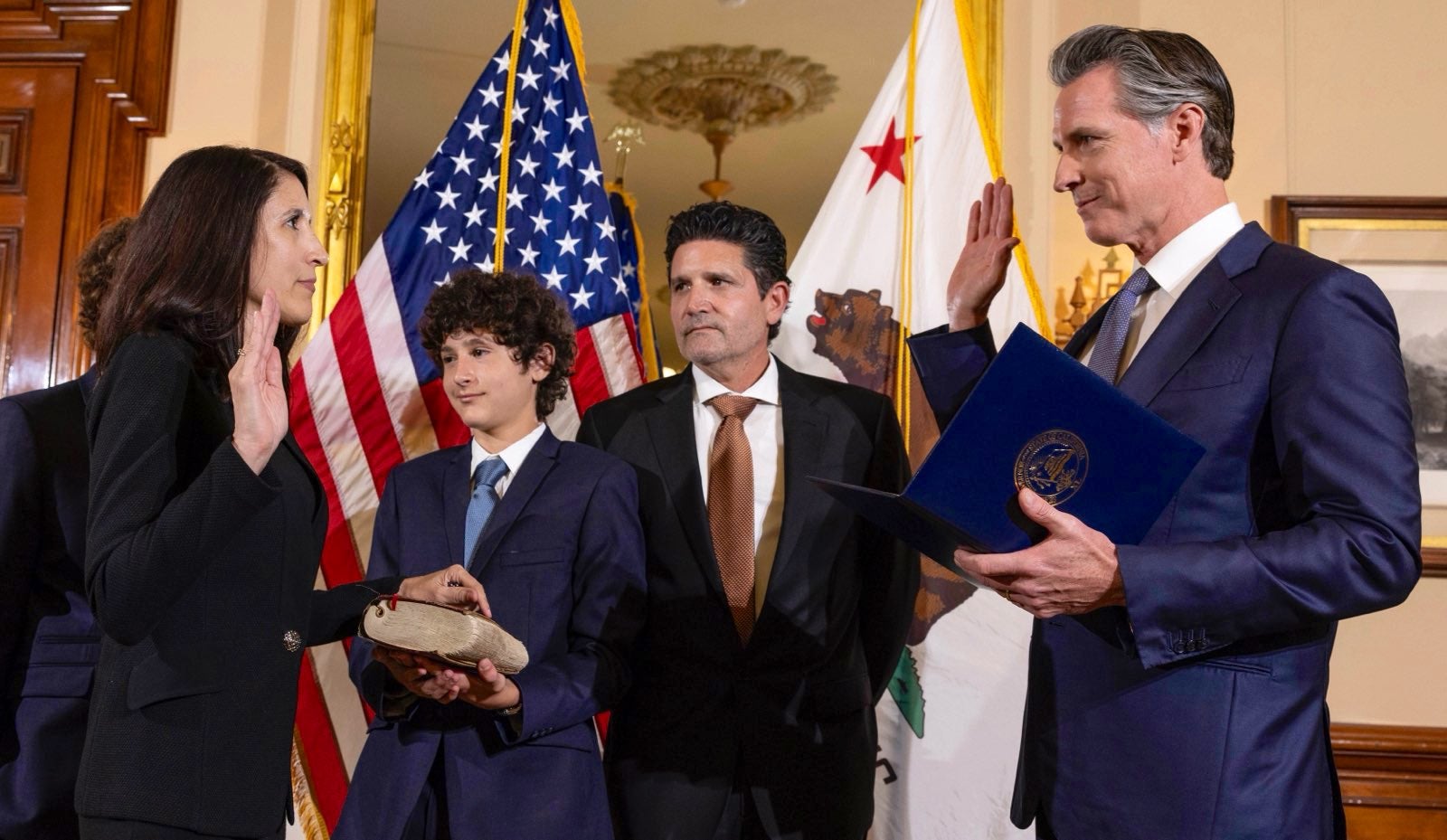 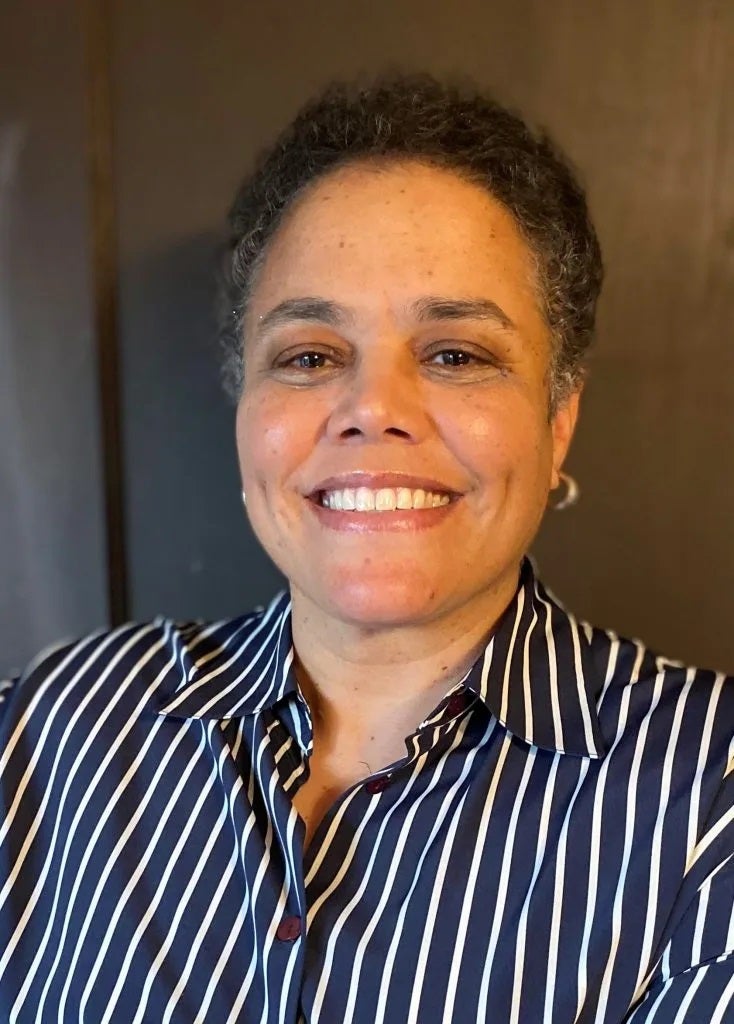