In spring of this year, Governor Gavin Newsom administered the oath of office to Justice Patricia Guerrero, the first Latina justice to sit on the California Supreme Court.

Besides hearing oral argument the very next week, one of the first things Guerrero did as the newest Supreme Court justice was volunteer for an interview with members of PressFriends, an all-volunteer nonprofit that works with elementary school students in high-need areas to improve their writing and communication skills.

Students of Color See a Familiar Face on the Court
The students from each of the Los Angeles-area schools—Foshay Learning Center, John W. Mack Elementary, and Parmelee Avenue Elementary—were students of color, predominantly of Hispanic/Latino decent.

Prior to the interview, the students researched the justice’s path to the bench and watched her recent confirmation hearing, learning all they could as good reporters. Justice Guerrero spent half an hour via Zoom with a total of 50 students, answering questions about her background and how she became a judge, including:

“You may not know what you want to do (in your career), but you’re not expected to right now. But I would encourage you to follow your dreams because you can do whatever it is you end up wanting to do.” - Justice Patricia Guerrero, California Supreme Court

Judges in the Classroom Program Coordinates Visits with Schools
Part of the California Chief Justice's Civic Learning Initiative, the statewide Judges in the Classroom program connects judges with public school teachers grades 3-12 to teach students about the judicial branch of government. During the 2021-22 school year, 200 California bench officers—including Justice Patricia Guerrero—signed up to volunteer for the program, connecting with 239 (both in-person and virtual) classrooms in 18 counties.

Teachers can request a visit from a judge on the Judges in the Classroom webpage. 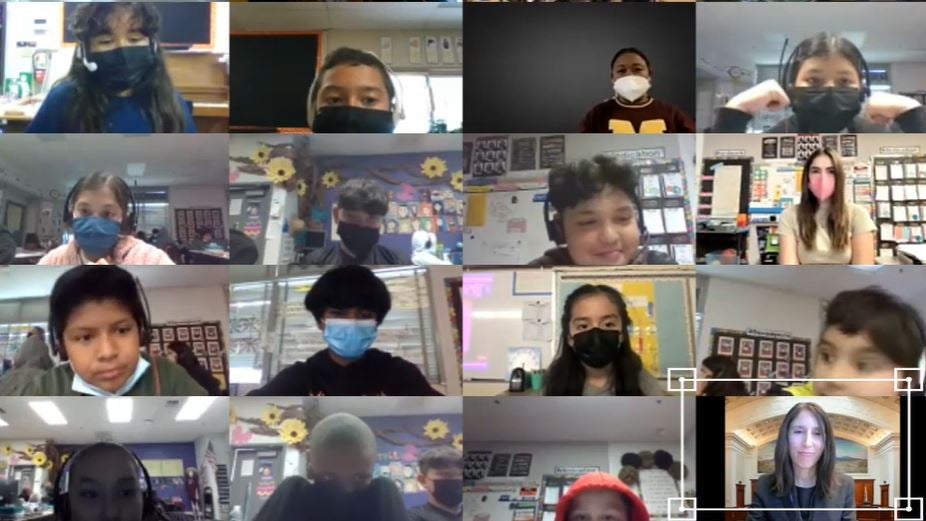 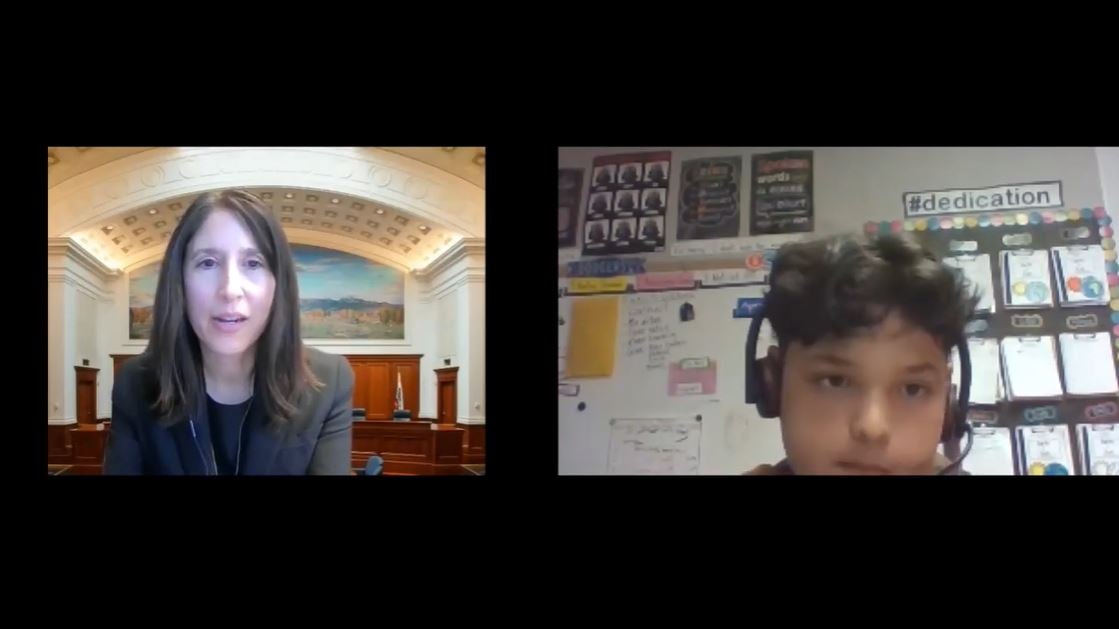 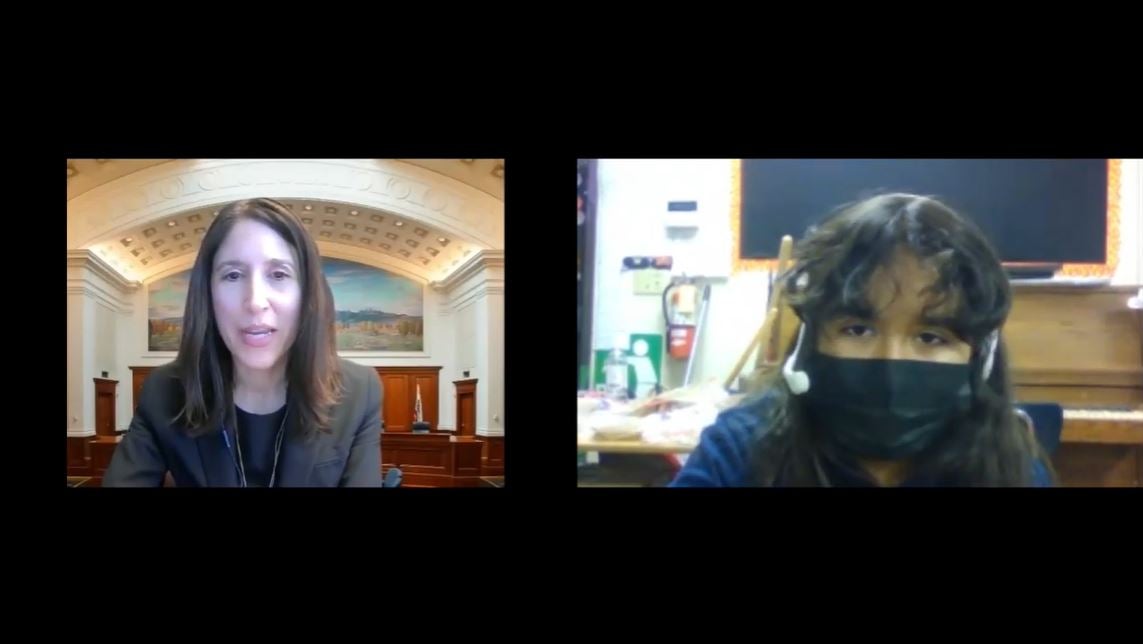 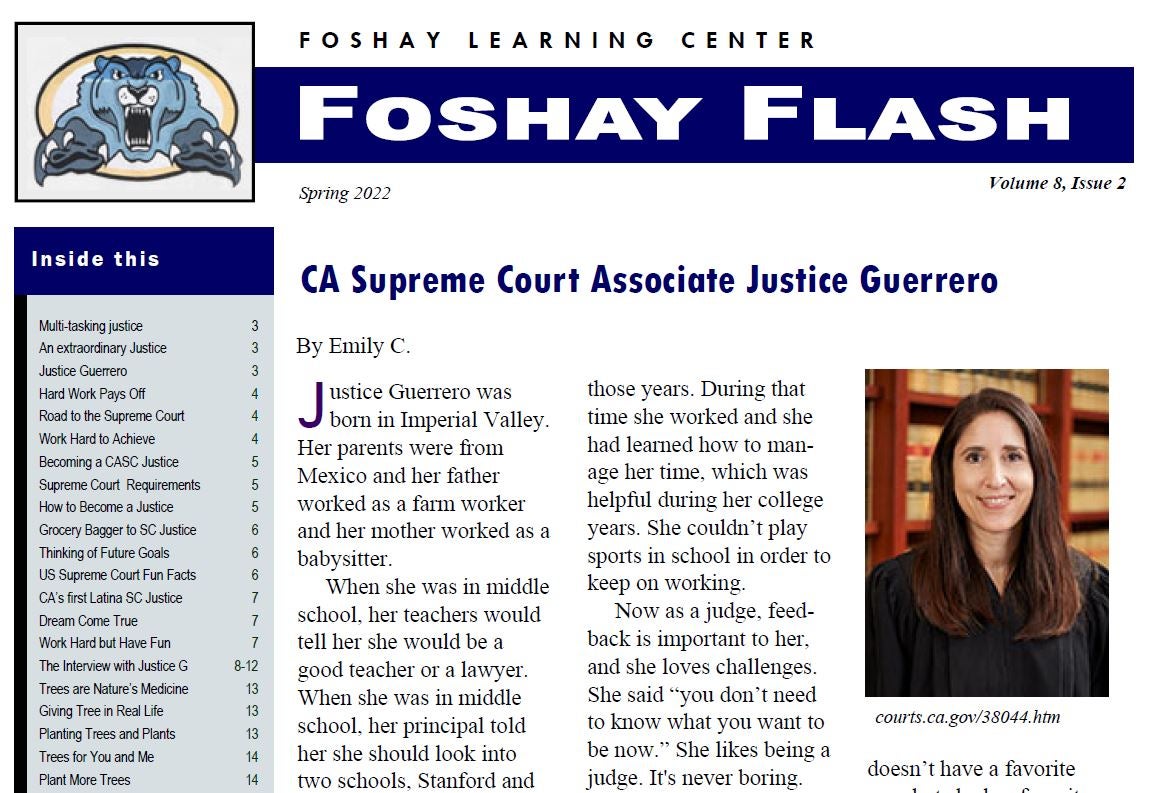 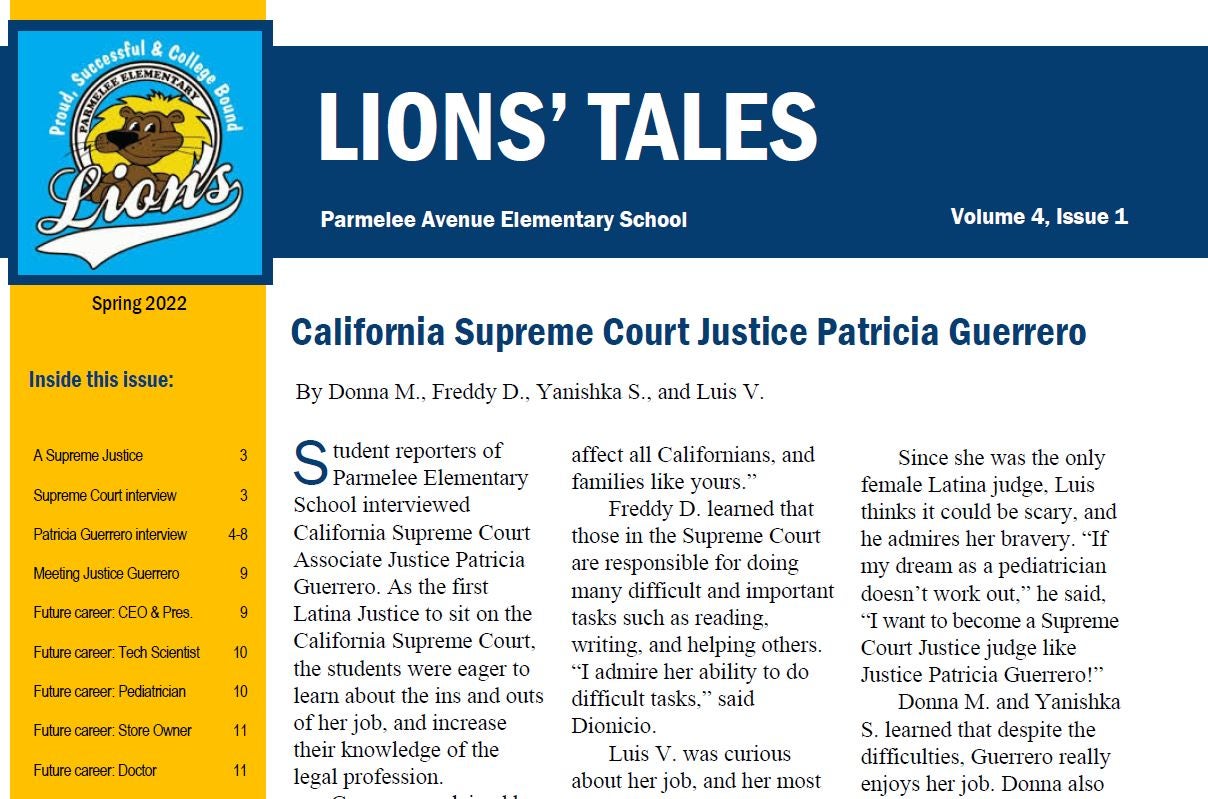 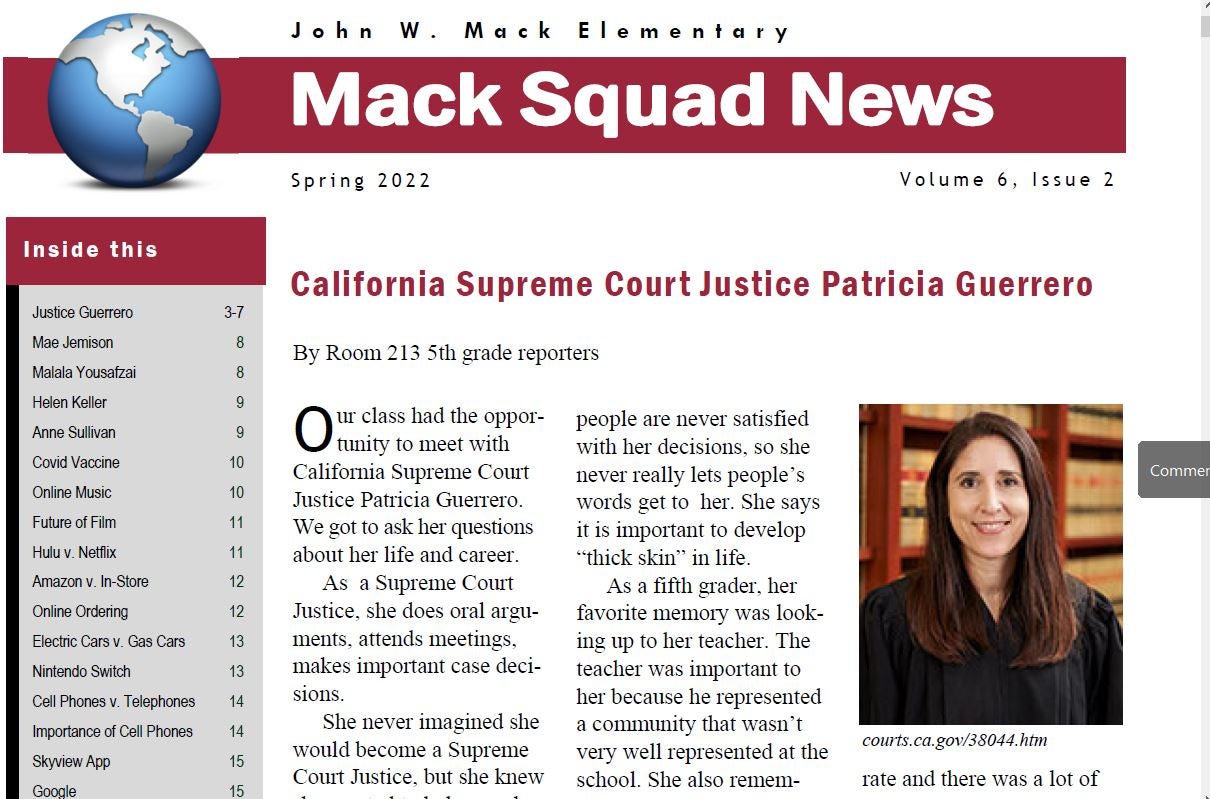 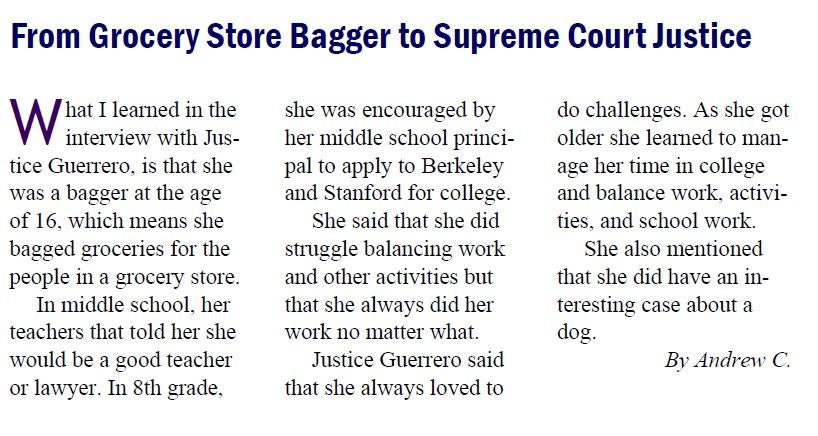