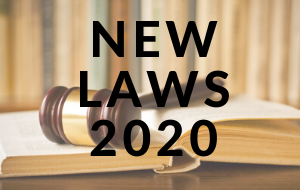 Keeping guns from dangerous people, restricting courthouse immigration arrests, and limiting "deepfake" election videos are just a few of the new laws that will change California in 2020.
By Merrill Balassone

Gun violence restraining orders: A number of new laws seek to keep guns from those who are a danger to themselves or others. They include: allowing teachers, employers and co-workers to petition courts to temporarily take guns away from people who pose danger (AB 61); and extending gun violence restraining orders from 1 to 5 years, allowing courts to decide how long the threat is likely to continue (AB 12).

Second chances: The Department of Justice, if funded in a future budget, will review data monthly to limit access to information about arrests not resulting in conviction and convicted defendants who have completed their sentences in misdemeanor and low-level felony cases. While the data will still be accessible to police, it means Californians won’t be penalized when applying for a job, college or housing (AB 1076).

Drivers licenses: Under SB 485, the DMV can no longer suspend a person’s driver's license for non-vehicle related offenses. Suspension of driving privileges was once common for a variety of offenses—such as failure to pay court-ordered debt. But advocates say it can prevent people from going to work, caring for children, and ultimately paying restitution for their crime.

Better data: AB 1331 will create consistent rules for law enforcement and courts to report the result of criminal cases to the Department of Justice.

Pretrial detention reform: SB 36 will require pretrial agencies regularly validate their risk assessment tools and publicly release results. It’s intent: ensuring these tools accurately rate a defendant’s risk for a judge deciding whether to release a person before trial, and minimize potential bias. In August, California launched 16 pretrial pilot projects in local courts. "This is another example of action by the three branches of state government to address an issue of fairness and equal access to justice for all Californians," Chief Justice Tani Cantil-Sakauye said.

Immunity for victims: Sex workers who report serious and violent crime, such as rape, to police will be protected from prosecution for sex work (SB 233). 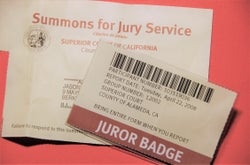 A jury of your peers: SB 310 will help California expand and diversify its pool of jurors by including most people with prior felony convictions who have completed their sentences. Advocates estimate the current limitation kept nearly one-third of black men in California from serving on juries, making it more difficult for defendants of color to be granted a jury of their peers.

Civil arrests in courthouses: AB 668 seeks to stop civil immigration arrests in California courthouses. Chief Justice Tani Cantil-Sakauye has repeatedly called for courthouses to be treated as “sensitive locations”—along with schools, churches and hospitals—so “victims or witnesses to crimes can safely come to our courts to seek justice.”

Fighting bias: All lawyers and court staff must now receive training on implicit bias, or “an unconscious preference (positive or negative) for a group based on a stereotype or an attitude that operates outside of human awareness.” The Judicial Council has trained judicial officers on the issue since 2013. “Implicit bias is a factor in the national discussion about race and justice,” Chief Justice Cantil-Sakauye said in her 2016 State of the Judiciary Address. “But the good news is these attitudes are malleable and changeable.” 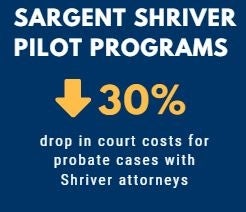 Free legal help in critical civil cases: AB 330 is expected to double funding for the Shriver program, which provides free legal help to low-income Californians in eviction, child custody and probate cases. A study showed Shriver programs drastically increased the likelihood of settlement, reduced back-owed rent, and helped protect tenants' credit by keeping eviction notices off the public record. And of the Shriver clients who received eviction notices, only 6% were ultimately evicted from their homes.

Keeping kids in school: SB 419 builds on previous law to ban school suspensions for “willful defiance” starting in sixth grade. “A growing consensus bolsters our belief that suspending students from school for acting out often sends them down the wrong path," California Supreme Court Justice Mariano-Florentino Cuéllar wrote about Chief Justice Cantil-Sakauye's Keeping Kids in School and Out of Court Initiative. "Even one suspension doubles the risk a student will drop out of school entirely."

…And out of jail: Part of a pilot project in six California counties, AB 1390 allows juvenile offenders 24 years old and younger to serve their time in a juvenile hall, rather than the local county jail (the previous age limit was 21).

Keeping families together: Under SB 394, courts can expand pretrial diversion programs to primary caregivers of children under 18. The programs connect defendants with needed services instead of incarceration.

Sending a parent to prison often does more harm than good. #SB394 will offer pretrial diversion as an alternative to incarceration, keeping California families together. Let’s invest in #parentsnotprisons. https://t.co/klwZLNaBZB pic.twitter.com/m1THwFzNKG

Childhood sexual assault victims: AB 218 extends the statute of limitations to allow childhood sexual assault victims more time to file lawsuits. The new law gives victims until age 40 or five years after discovery of the abuse (the current statute of limitations was 26, or within three years after discovery).

Deepfakes: In advance of the 2020 election, a new law will allow candidates to sue to stop distribution of “deepfakes”— a term coined during the 2016 election for videos or audio of political candidates doctored without their permission (AB 730).