Recent report details the increased access to interpreters in civil cases and the additional language services provided for court users inside and outside of the courtroom.
By Blaine Corren

Parents needing their children to interpret for them in a custody hearing. A tenant relying on the landlord to explain what the judge is saying in an eviction proceeding. Or a battered spouse unable to understand what has been decided on her request for a restraining order. These are the types of detrimental situations that California courts are diligently working to avoid.

A recent survey shows that 51 of California’s 58 trial courts now provide court interpreters for critical civil cases, which include domestic violence, child custody, elder abuse and evictions. In 2015, only 9 courts provided interpreters in such cases.

The data is included in a report from the Judicial Council’s Language Access Plan Implementation Task Force. The report details the increased access to interpreters in civil cases and the additional language services provided for court users inside and outside of the courtroom.

“The data show how California’s courts are rising to the challenge of ensuring that people have access to the courts,” said California Supreme Court Justice Mariano-Florentino Cuéllar, chair of the task force. “We’ve come a long way, and we still have more work to do in serving the needs of court users with limited English skills. It’s an enormous challenge, as California is home to the largest and most diverse state population in the country. But everyone deserves the right to use our court system, no matter what language they speak.” 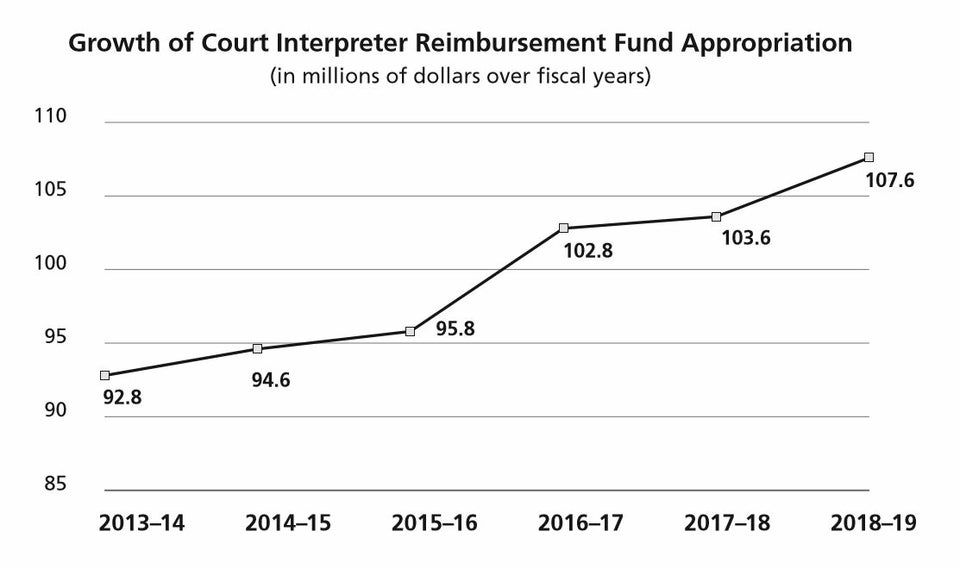 Over the last five years, the Governor and the Legislature have increased funding by $15 million to allow for more interpreters in civil proceedings.

Strategy for expanding language services
In addition to expanding access to interpreters, the courts are putting into practice many of the 75 recommendations included in the sweeping Strategic Plan for Language Access. To date, the task force reports that 35 of the recommendations are completed and 30 more are in progress.

Additional efforts to increase language access to the courts include giving training and tips to judges on communicating with limited-English speakers, and providing language help for interactions outside the courtroom, such as at clerk’s counters and court self-help centers.

The task force posts a complete list of the recommendations and the progress made on the California Courts website. 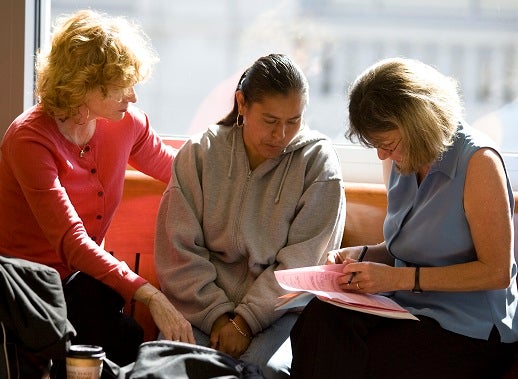