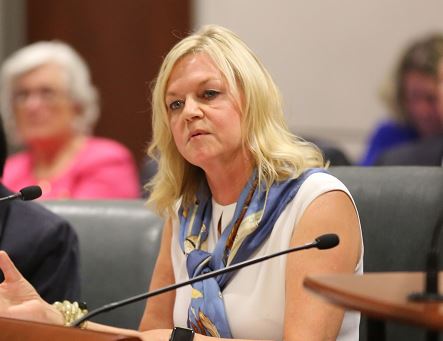 Judge Lorna Alksne, chair of the council's Workload Assessment Advisory Committee, helped explain how the judicial branch weighs the number and type of cases handled when determining a court’s workload. 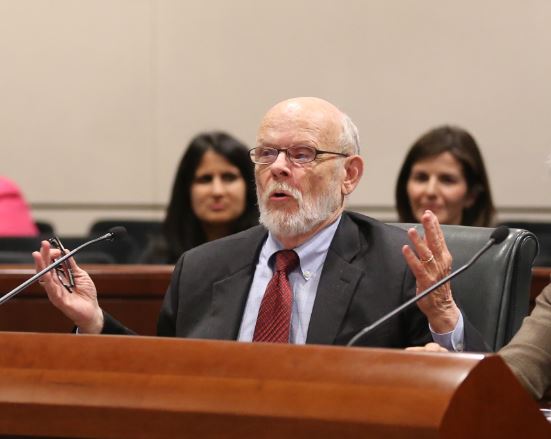 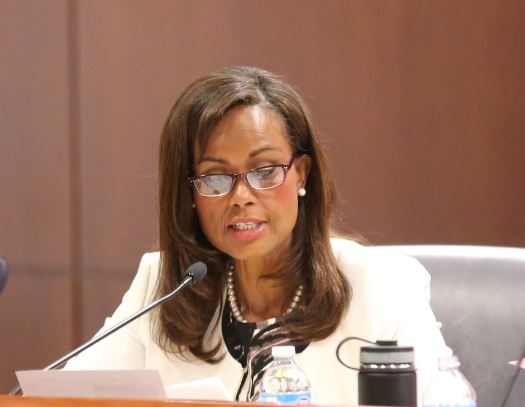 Judge Marla Anderson, vice-chair of the council's Executive and Planning Committee, reports on the committee's activities since the last council meeting. 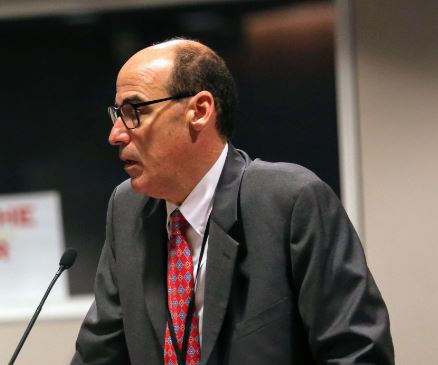 The Judicial Council at its July 27-28 business meeting approved changes to the way it determines how the state’s 58 trial courts are funded.

The council uses the Workload-Based Allocation and Funding Methodology (WAFM) to decide how much funding each trial court receives annually, based on the workload at each court. At its meeting, the council approved changes to the Resource Assessment Study model, which is factored into WAFM and weighs both the number and type of cases handled when determining a court’s workload. A traffic infraction, for example, takes far fewer resources and staff than a complex felony, and is given less weight in the calculation.

The council last updated the resource model in 2013, realizing that ongoing adjustments would continue to keep up with policy changes that affect work in the courts. Proposition 47, Assembly Bill 109, and Assembly Bill 1657 are all examples of recent initiatives and statutes that have altered court workload.

To help create the new model, more than 4,000 court staff from 15 courts participated in a time study. The sample of courts included small, medium, and large courts in rural, suburban, and urban communities. Overall, the study findings showed the amount of case processing workload per case has increased. Watch (video best viewed in Internet Explorer)

Other items on the July 27-28 council meeting agenda included:

Legal Representation in Civil Cases Improves Outcomes: Pursuant to the Sargent Shriver Civil Counsel Act, the council reviewed a progress report for the legislature on the impact of pilot programs that have provided legal representation to 27,000 low-income litigants in civil cases affecting basic human needs. The report found legal help drastically increased the likelihood of settlement, improved the longevity of court orders, and reduced court costs. In addition to receiving the report, the council approved $7.2 million in grants to continue the pilot projects. Watch (video best viewed in Internet Explorer)

Court Technology Update: The council received an update on its Court Technology Governance and Strategic Plan, including a report on case management systems (CMS) in the trial courts. The judicial branch is seeing a reduction in the number of CMS products being used, which will increase the potential for collaboration, innovation, and data sharing among courts and justice system partners. The update also highlighted recent changes to the council’s Information Technology office that better aligns its structure with the business needs of the branch. Watch (video best viewed in Internet Explorer)

New Judicial Council Members: Attorney Rachel W. Hill was appointed to a voting position, effective September 15, 2017, through September 14, 2020. Ms. Hill was selected by the State Bar Board of Trustees to succeed Debra Elaine Pole. Ms. Hill has litigated cases from a wide variety of perspectives, including civil and criminal law. Commissioner Shama Hakim Mesiwala, Superior Court of Sacramento County, was appointed to an advisory position, effective September 15, 2017, through September 14, 2020. She succeeds Commissioner David E. Gunn. Commissioner Mesiwala currently serves as Sacramento’s juvenile court dependency commissioner, and previously served as a judicial attorney for the Third District Court of Appeal and as a temporary judge in small claims court. 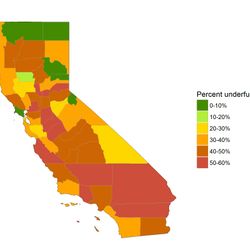 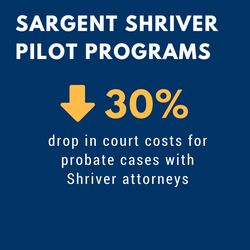