Pretrial Detention Reform Workgroup and retired Judge Richard Couzens honored for their work that led to a new law that replaces money bail with risk assessment.
By Blaine Corren

Chief Justice Tani G. Cantil-Sakauye honored members of the Pretrial Detention Reform Workgroup and retired Judge Richard Couzens with the Chief Justice Award for Exemplary Service and Leadership for work that led to a new law that replaces money bail with risk assessment. The award honors an individual, entity, or program deserving of special recognition for outstanding service to the judicial branch.

The Chief Justice established the workgroup in fall of 2016 to provide analysis and recommendations for areas in which courts may identify better ways to make pretrial release decisions that will promote fairness, protect the public, and ensure court appearances. Senate Bill 10, the recently signed legislation that will eliminate money bail for criminal defendants, relied heavily on the workgroup’s recommendations, which the Chief Justice received in October 2017.

“The work that was done is groundbreaking and will result in a different future for so many people and their families,” said the Chief Justice. “It wasn’t until this report came out that we saw real changes to the pretrial system. It shows you what branches of government can do when we work together.”

Recipients of the Award for Exemplary Service and Leadership: 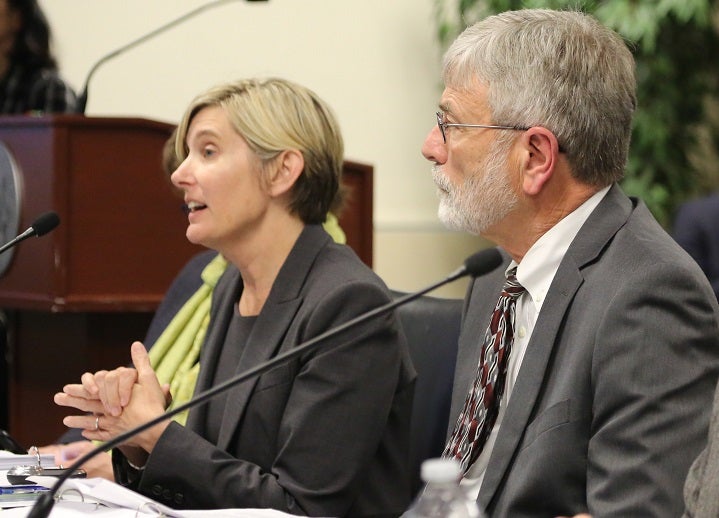