California Chief Justice Tani G. Cantil-Sakauye announced today the recipients of the 2018-2019 Civic Learning Awards to 92 schools, the most award recipients in the program’s history.

California Chief Justice Tani G. Cantil-Sakauye announced that 92 schools will receive this year’s Civic Learning Awards, the most in the program’s history.

Now in its seventh year, the awards program is co-sponsored by the Chief Justice and State Superintendent of Public Instruction Tony Thurmond to celebrate public schools’ efforts to engage students in civic learning.

The Chief Justice will visit the three schools who earned Awards of Excellence, the program’s highest honor. They are:

At Flora Vista Elementary, students develop budgets and proposals for the school board on how to conserve energy in the classroom; organize to decrease trash and debris on their campus; and find solutions to help children in Africa obtain clean drinking water.

At Lexington Junior High, every eighth grader completes a project through which they learn about bias, study political propaganda, and participate in a mock election.

Students at Cypress High research and present a TED-style talk on a public issue, such as the vaccine debate. To prepare, students gather and evaluate evidence on all sides, interact with the community, and analyze related policy.

I commend our schools and teachers for their creativity and commitment to civic education. They are giving students the skills they will need as active participants and leaders in our democracy.

School participation in the award program expanded this year to include four new counties: Amador, Mendocino, Placer, and Stanislaus. Launched at the 2013 Civic Learning Summit, the awards have recognized more than 300 schools in 30 counties.

The Civic Learning Awards are part of Chief Justice Tani Cantil-Sakauye’s Civic Learning Initiative, a broad and far-reaching effort supported by statewide partners to improve civic learning and engagement in California. Among the initiative’s newest programs is Judges in the Classroom, a pilot effort in four counties to pair judges with local educators to teach students about the judicial branch. 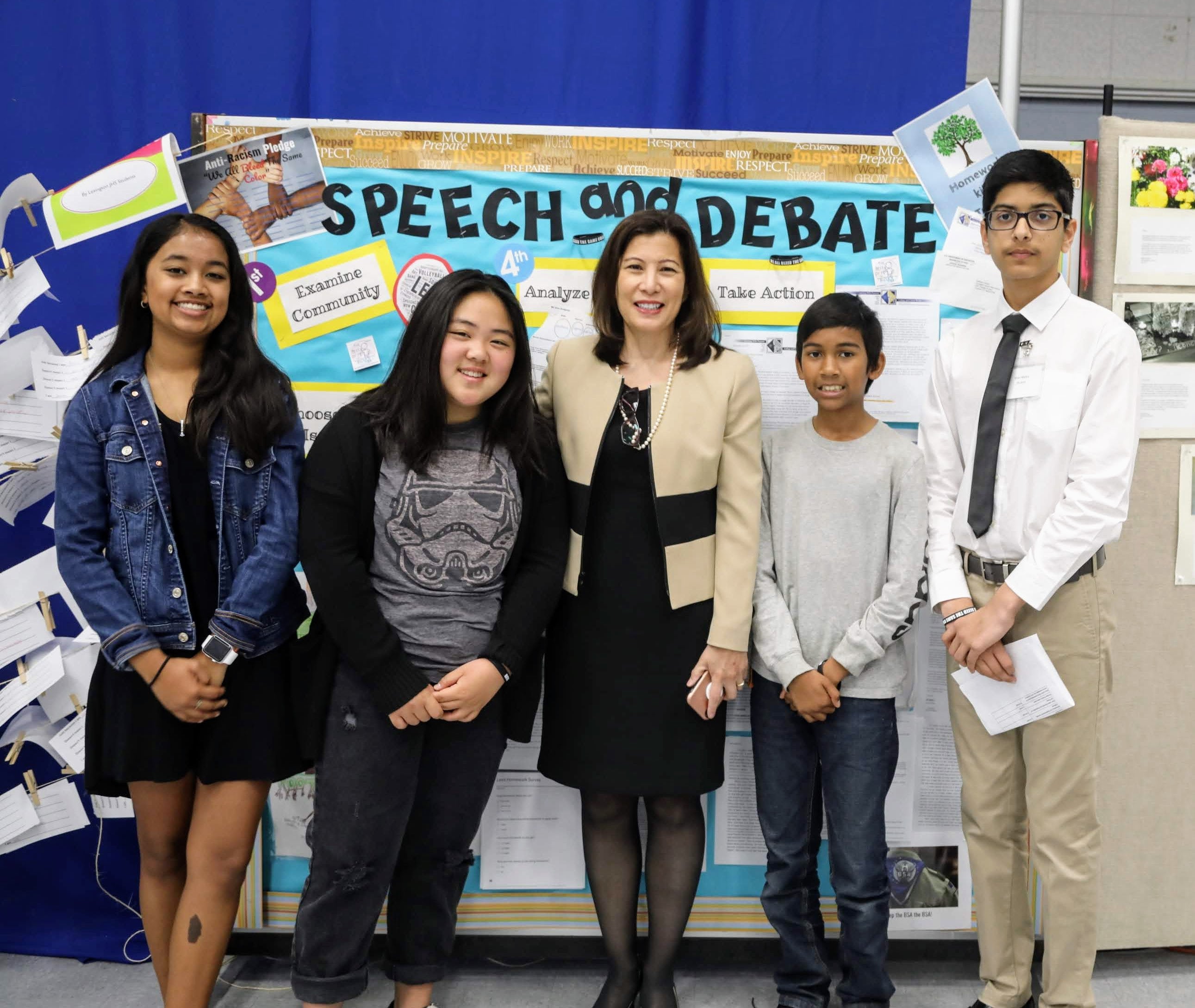