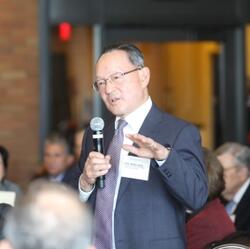 Fellow California Supreme Court justices paid tribute to Justice Chin before his last oral argument, which was held by videoconference.
By Merrill Balassone

Justice Ming Chin's career is one of many distinctions: son of immigrant farmworkers who rose to become the first Chinese-American on the state high court; author of more than 350 majority opinions and 100 separate opinions, including landmark cases on the use of DNA evidence; decorated Army veteran; and law professor.

He is also a man of habit, his fellow Supreme Court justices recalled, including a tendency to discreetly pass a box of mints down the bench during oral argument. He added M&M’s to the stash on suggestion from a colleague. “My only regret was that I didn’t ask for Belgian truffles,” quipped Justice Goodwin Liu.

Fellow California Supreme Court justices paid tribute to Justice Chin before his last oral argument, which was held by videoconference. As he reflected on his nearly 25-year career on the high court, Justice Chin ended his remarks on the vast impact of the COVID-19 pandemic and the nationwide focus on racial injustice.

"There is a Chinese character for crisis—it is made up of two characters: one is danger, the other is opportunity," Chin said. "There is much danger in the crisis that we are facing. Let us convert the dissatisfaction we have...and turn it into an opportunity to change, to grow, to improve the judicial system.”

Justice Chin became vice chair in 2015, capping more than two decades of service to the Judicial Council, which also included chairing the California Commission for Impartial Courts, the Court Technology Advisory Committee, and the Science and the Law Steering Committee.

"When it comes to court technology, there has been no more consistent champion than Justice Chin," said Judge Kyle Brodie.

Justice Marsha Slough thanked Justice Chin for his "mentorship, his friendship and most importantly to me, your sense of kindness as a human being."

"His generosity of spirit, his intelligence has always been a guiding light for me," added Judge David Rubin.

"Ming has been a fantastic colleague—smart, wise, visionary, passionate, articulate, and kind," said Chief Justice Tani Cantil-Sakauye. "He leaves a legacy of mentorship and inspiration to generations of students, lawyers, and judges. Ming is an iconic example of a jurist and public servant." 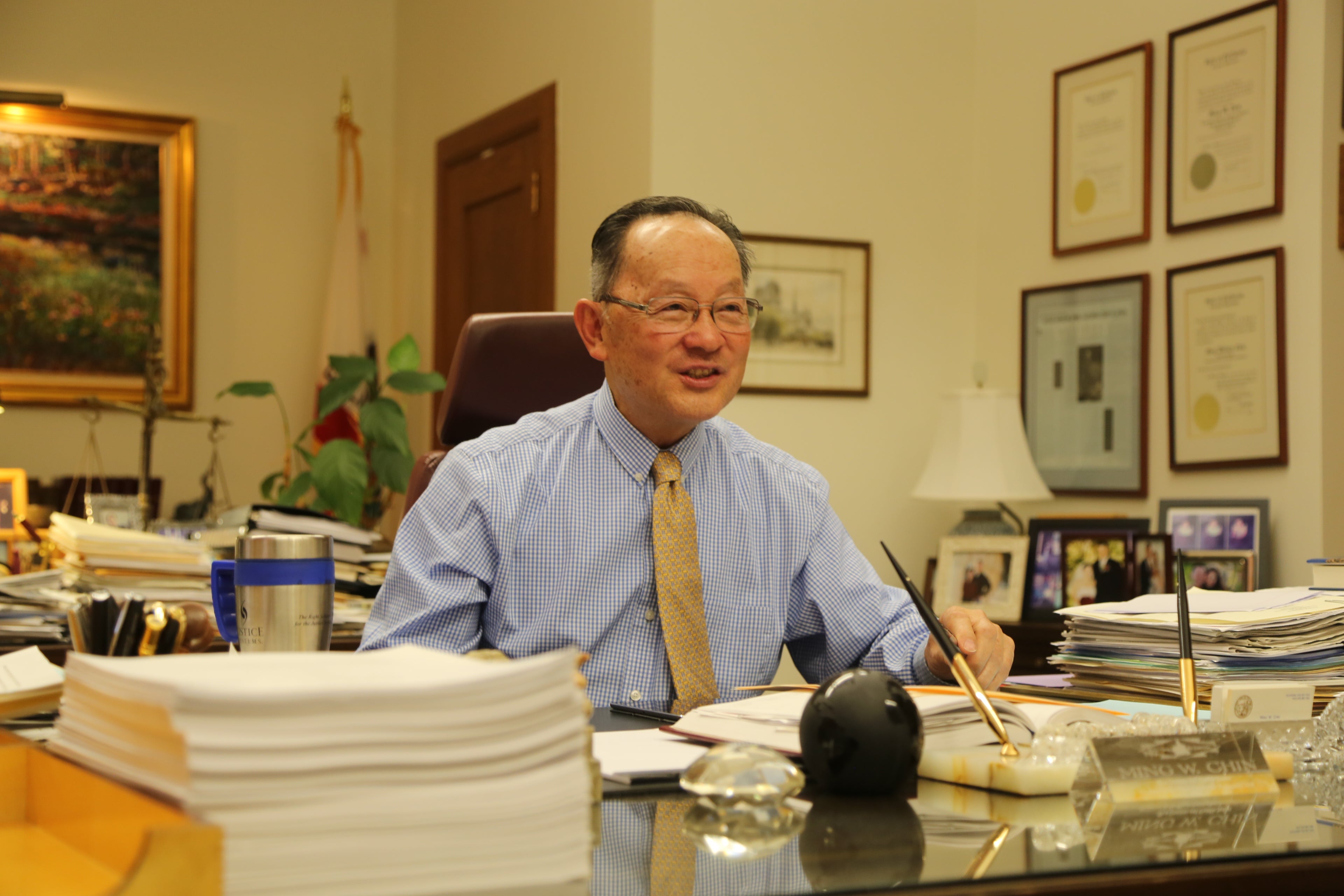