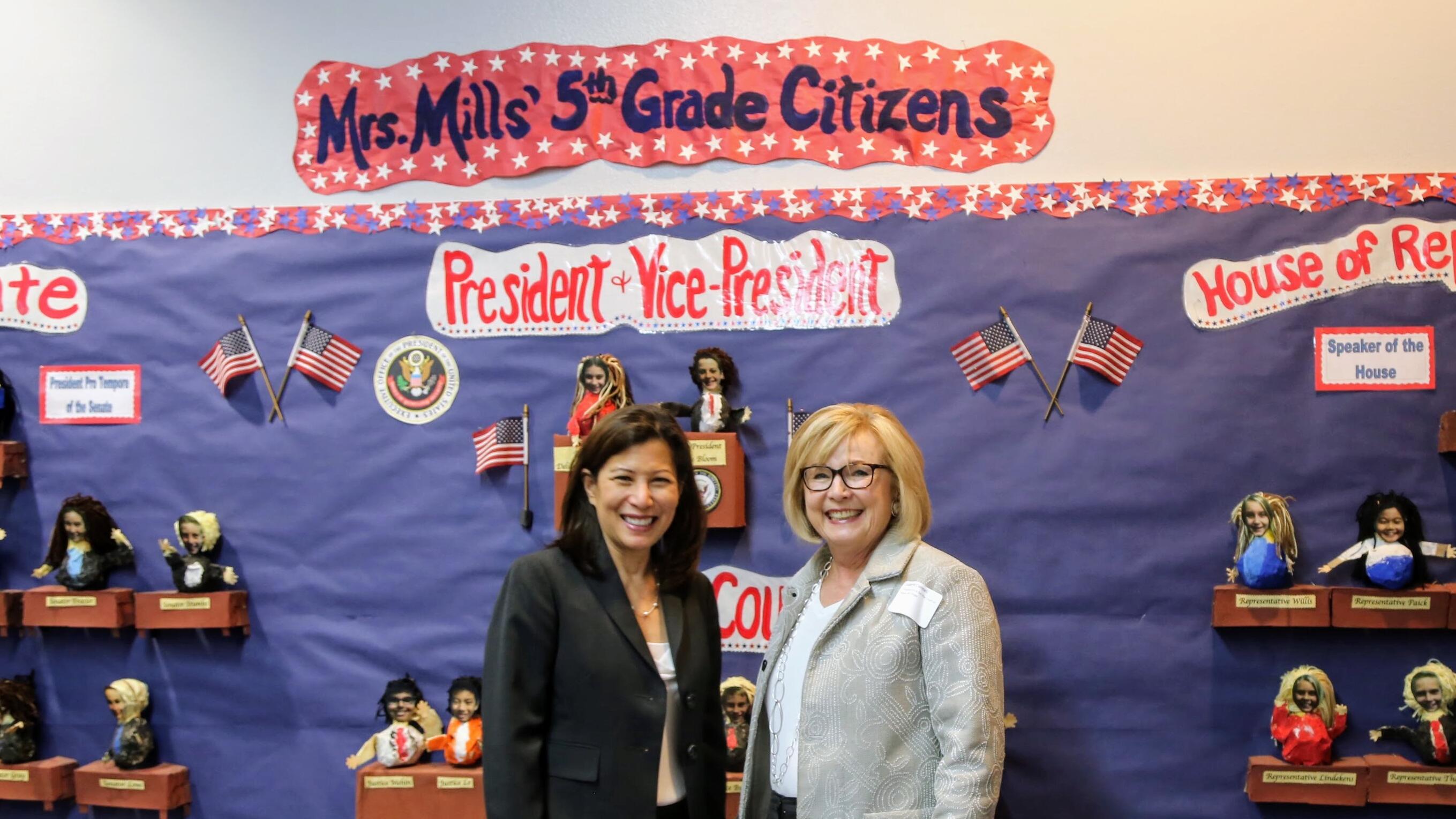 In this video feature, the Chief Justice explains the judiciary's role in civic education and why her Civic Learning Initiative is so important to her as leader of the state judicial branch.

Susan Nicoletti, Teacher: We wanted to create citizens who knew the route to take to do something about an issue that they see. Instead of being part of the problem, they’re now part of the solution. That is the key for us.

Chief Justice: That’s been some of the best part of civics. The energy and the excitement of the children. It's been from fifth grade, to second grade, to high school. I’ve had students come up to me, Seniors who say, ‘English is a second language for me and a year ago I was thinking about dropping out. But I entered a civics program that you have supported and I get to meet my other students, work in the community. And now you know what? I'm going to graduate, I have good grades and I’m going to go to community college.’

I’m very proud of the Power of Democracy and the Civics Initiative. And at first our goal was to ensure that civics include the judicial branch because so much of civics included only the legislative branch and executive branch. So we partnered with the Department of Education and we were able to create a taskforce to study civics in K-12. We’ve reached over, we’ve connected, we've convened with other groups, diverse groups—unions, business, education, the judiciary, the federal judiciary. And collectively we’re bringing civics to the people that includes a healthy understanding of the judiciary.