The committee's advice is based on the unsettled case law regarding whether service on a charter school board is a governmental position prohibited by canon 4C(2) or considered a public office that would result in automatic resignation from judicial office pursuant to article VI, section 17 of the California Constitution.

Public comment was previously sought on this advisory opinion in draft form, and the comments submitted with a waiver of confidentiality are posted for public view on the CJEO website. CJEO Formal Opinion 2017-011 contains modifications adopted by the committee after carefully considering the comments received.

The committee publishes formal opinions, issues confidential informal opinions, and provides oral advice on proper judicial conduct pursuant to the California Code of Judicial Ethics and other authorities (Cal. Rules of Court, rule 9.80(e)(1)). CJEO acts independently of the Supreme Court, the Commission on Judicial Performance, the Judicial Council, and all other entities (rule 9.80(b)). 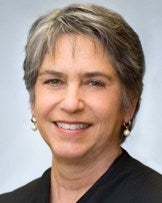