SAN FRANCISCO—The Supreme Court of California announced today that it has amended the California Rules of Court to eliminate the practice of automatically “depublishing” published Court of Appeal decisions when the Supreme Court grants review. The new rules will become effective on July 1, 2016.

The Supreme Court’s decision to adopt the amendments was unanimous and will apply to any published Court of Appeal decision as to which review is granted on or after July 1, 2016. The court plans to revisit the issue within three years to assess the changes, after gaining practical experience with the new rules.

In July 2015, the proposed rule amendments were circulated for public comment and nearly 40 comments were received from numerous bar groups, lawyers, and judges. Prior review documents (see table below), and the recent public comments are available on the court’s website.

Under amended rule 8.1105(e)(1)(B), “Grant of review by the Supreme Court of a decision by the Court of Appeal does not affect the appellate court’s certification of the opinion for full or partial publication.” This provision makes California’s practices consistent with those of the vast majority of other jurisdictions. Pursuant to amended rule 8.1105(e)(2), the Supreme Court retains authority to “order that an opinion certified for publication is not to be published or that an opinion not certified is to be published,” and it may “also order depublication of part of an opinion at any time after granting review.”

Amended rule 8.1115(e) governs citation of published Court of Appeal opinions after review has been granted by the Supreme Court. Subdivision (1) of that rule, addressing citation while review is pending, adopts what had been set out as “Alternative B” in the July 2015 request for comment, referred to above. It provides: “Pending review and filing of the Supreme Court’s opinion, unless otherwise ordered by the Supreme Court . . . , a published opinion of a Court of Appeal in the matter has no binding or precedential effect, and may be cited for potentially persuasive value only.” (Amended Rule 8.1115 also sets out an unrelated provision, in subdivision (c), concerning copies of certain unpublished opinions. This change relates to an earlier proposal previously considered by the Supreme Court.)

For clarity, the court added subdivision (3), which was not included in the text circulated for comment in July 2015, providing:  “At any time after granting review or after decision on review, the Supreme Court may order that all or part of an opinion covered by (1) or (2) is not citable or has a binding or precedential effect different from that specified in (1) or (2).” 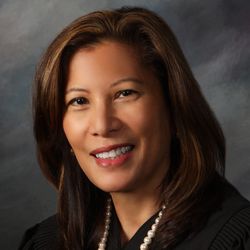