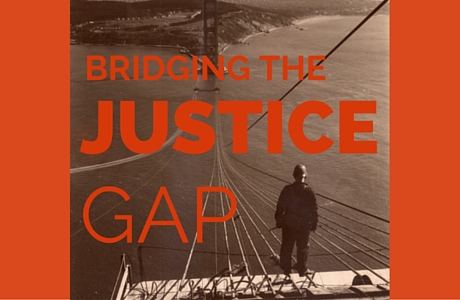 Chief Justice Tani G. Cantil-Sakauye and judicial leaders in California’s six Courts of Appeal have approved a new policy that will help judicial branch staff attorneys who want to provide pro bono legal services without compromising their work for the appellate courts.

“With more than 7 million Californians eligible for legal aid, the need for pro bono legal services has never been greater," said the Chief Justice. “Attorneys in the judicial branch need to be empowered and encouraged to help close the justice gap. This policy enables our judicial staff attorneys to join in this critically important endeavour. I am grateful to Justice Laurie Zelon for assisting appellate court leadership on this issue.”

Justice Laurie Zelon of the Court of Appeal, Second Appellate District—a longtime advocate on access to justice issues at the state and national levels—suggested the proposal and worked with the Administrative Presiding Justices Advisory Committee to finalize it.

As public servants, judicial staff attorneys in our appellate courts have valuable skills and experience, and are already driven to make a difference. Appellate court leaders are now encouraging their staff attorneys to do pro bono, clearing the obstacles that might have discouraged them.
--Justice Laurie Zelon

Justice Zelon has served for decades on many committees devoted to making the justice system more accessible. She helped form the Commission on Access to Justice, a collaborative effort of the State Bar, Judicial Council, and other California agencies and professionals, and served as its first chair. An annual award from the Pro Bono Institute bears her name.

The new voluntary policy resolves issues that may have prevented judicial staff attorneys from donating legal services and clarifies that they may perform pro bono legal work that complies with the policy’s guidelines and is undertaken with supervisorial permission. Collectively, California’s Supreme Court and Courts of Appeal employ over 400 staff attorneys. While New York and Montana have formal pro bono policies for appellate attorneys, few other states have such policies, and some actually prohibit such work.