From the Office of Governor Gavin Newsom—Gov. Gavin Newsom today announced his nomination of Fourth District Court of Appeal Justice Patricia Guerrero to serve as an Associate Justice of the California Supreme Court. A widely respected jurist with extensive experience as an appellate justice, trial court judge, partner at a major law firm and Assistant U.S. Attorney, Justice Guerrero is a first-generation Californian who would be the first Latina to serve on the California Supreme Court.

“A keen legal mind and well-regarded jurist, Justice Guerrero’s wide-ranging experience, integrity, deep respect for the rule of law and lifelong commitment to public service make her a phenomenal candidate to serve as our next California Supreme Court Justice,” said Governor Newsom. “Born and raised in the Imperial Valley by immigrant parents from Mexico, her extraordinary journey and nomination to serve as the first Latina Justice on the bench of our state’s highest court is an inspiration to all of us and a testament to the California Dream’s promise of opportunity for all to thrive, regardless of background or zip code.”

Click here to watch the conversation between Governor Newsom and Justice Guerrero.

“Justice Guerrero learned the value of hard work and helping those in need from an early age, lessons she has carried throughout her life to lift up others and advance equity and inclusion,” added Governor Newsom. “As we continue to make strides in building a judiciary more representative of our state’s diversity, Justice Guerrero will bring her rich background and experiences to important decisions that impact the daily lives of every Californian. Serving on our state’s Supreme Court, I’m confident that she will continue her tireless work to ensure that our cherished rights and freedoms are protected for all Californians.”

“I am deeply honored by this incredible opportunity to uphold the rule of law and make a positive impact on the lives of Californians across the state,” said Justice Guerrero. “If confirmed, I look forward to helping instill confidence in the equality and integrity of our judicial system while honoring the sacrifices of my immigrant parents and demonstrating to young people that anything is possible in our wonderful and diverse country.”

Justice Guerrero, 50, of San Diego, has served as an Associate Justice at the Fourth District Court of Appeal, Division One since 2017. In this role, she has authored numerous opinions to protect the rights of consumers and individuals, while also ensuring that defendants’ constitutional rights are protected and that all parties, including the government, are treated fairly and consistent with the rule of law.

Prior to her appointment to the Fourth District Court of Appeal, Justice Guerrero served as a Judge at the San Diego County Superior Court from 2013 to 2017 and was Supervising Judge for the Family Law Division at the Court in 2017. Justice Guerrero was hired as an Associate at Latham & Watkins and became a Partner in 2006. She served as an Assistant U.S. Attorney at the U.S. Attorney’s Office, Southern District of California from 2002 to 2003.

“With her extensive experience handling complex litigation matters, intellectual rigor and commitment to fairness and equality, Justice Guerrero is well-equipped to navigate the most complex legal issues in our court system and will make an excellent addition to our state’s highest court. A historic move toward creating a more inclusive judiciary that represents all Californians, Justice Guerrero would be our state’s first Latina Supreme Court Justice. Brought up in the Imperial Valley by immigrants from Mexico, she would also help add important geographical balance to the court. I applaud Governor Newsom for his insightful nomination of this exceptional candidate,” said retired California Supreme Court Justice Carlos R. Moreno.

Justice Guerrero has contributed many hours of pro bono work, including as a member of the Advisory Board of the Immigration Justice Project, to promote due process and access to justice at all levels of the immigration and appellate court system. She has assisted clients on a pro bono basis in immigration matters, including asylum applications and protecting vulnerable families by litigating compliance with fair housing laws. The Chief Justice of the California Supreme Court named her to the Blue Ribbon Commission on the Future of the California Bar Exam and Justice Guerrero has been active in the Chief’s “Judges in the Classroom” civics program.

“There is no question that Justice Guerrero’s impressive analytical skills, work ethic and dedication to public service will be an immense asset to the California Supreme Court. Having surmounted humble beginnings in the Imperial Valley and obstacles throughout her illustrious career, Justice Guerrero is uniquely positioned to protect the equality and integrity of our judicial system. I’m confident that as our next California Supreme Court Justice, she’ll continue to serve the people of California with deep dedication and humility,” said Fourth District Court of Appeal Administrative Presiding Justice Judith McConnell. 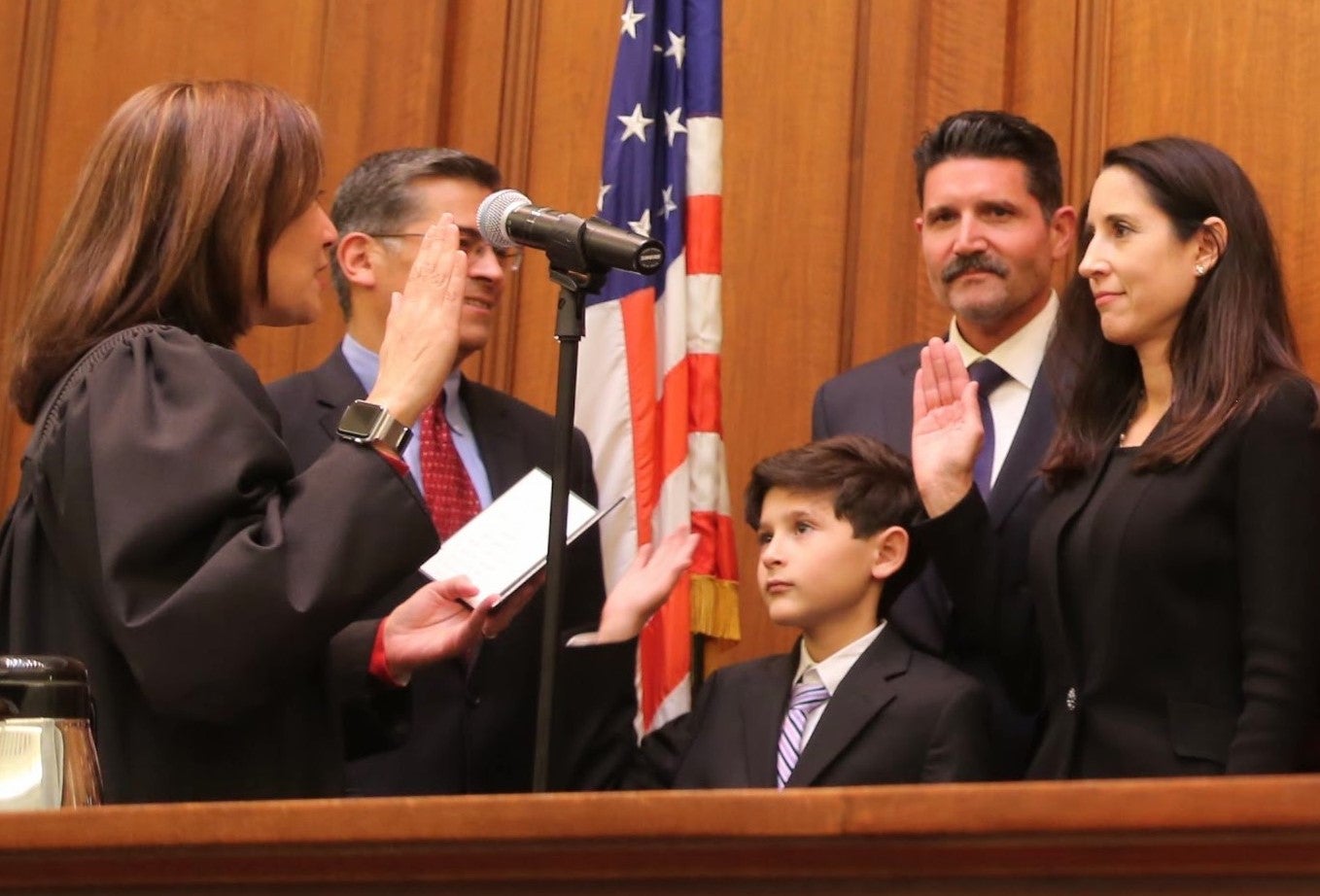 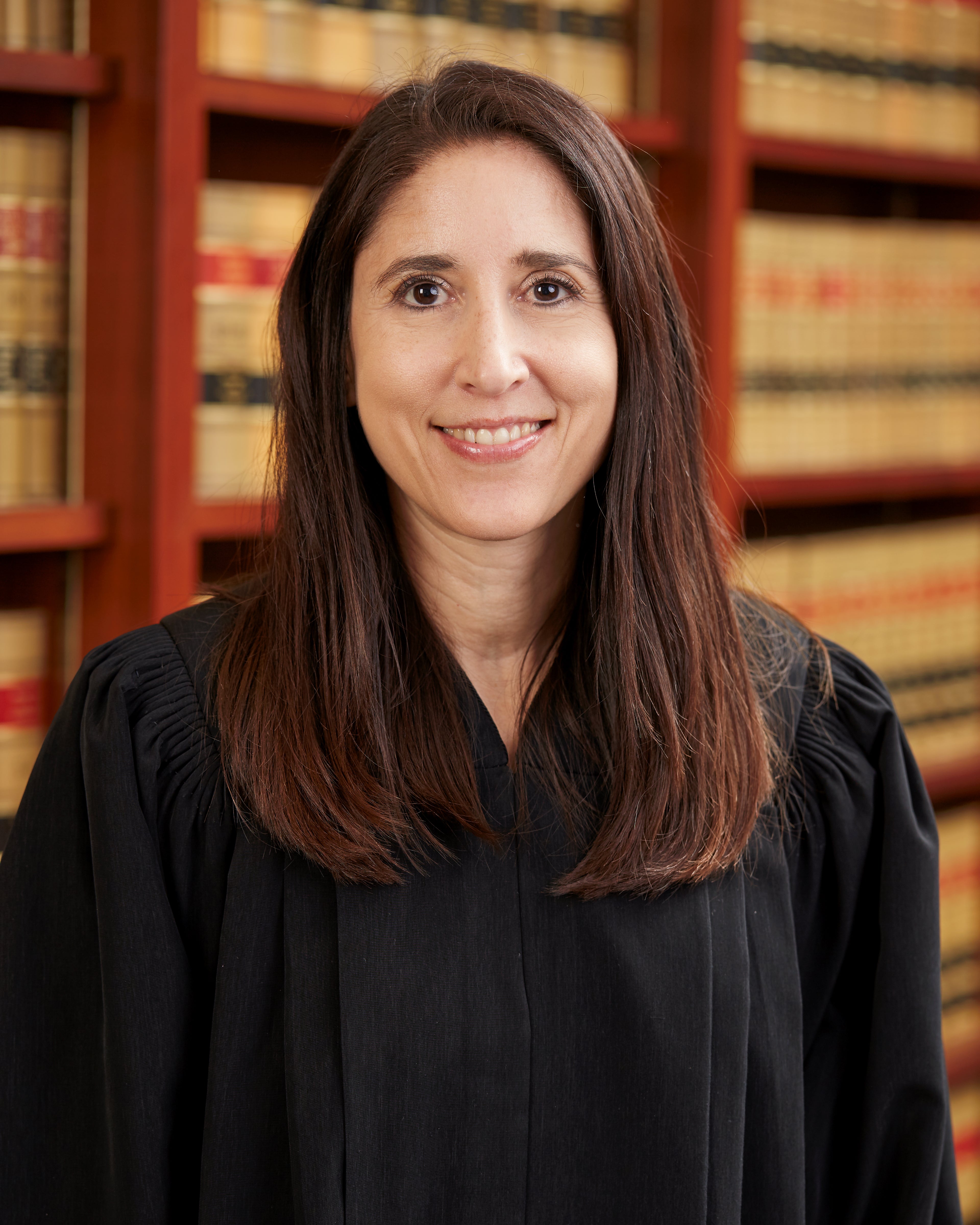