Jurist known for her intelligence, skill, and tireless commitment to expanding access to justice

LOS ANGELES—Associate Justice Laurie Zelon of the Court of Appeal, Second Appellate District, Division Seven, will retire on August 31, after a distinguished 43-year legal career, the last 20 coming as a member of the California judiciary.

Justice Zelon began her career with an active litigation practice, became a judge for the Superior Court of Los Angeles County in 2000, and was appointed to the Court of Appeal in 2003.

“I first met her when she was in private practice at Morrison & Foerster,” said the appellate court’s Administrative Presiding Justice Elwood Lui. “She was highly regarded as a skilled litigator and bar leader who was committed to her profession and to public service. Her skills as a practitioner, her collegiality and interpersonal skills made her a natural for the bench.”

Presiding Justice Dennis Perluss of the court’s Division Seven commented, “I have had the privilege of working with Justice Zelon for most of my professional career, nearly 20 years as law partners and 17 years on the Court of Appeal. She has been a supportive and inspiring colleague. Her scholarship, integrity and compassion will be deeply missed.”

Zelon’s Commitment to Access to Justice for all Californians
Throughout her career, Justice Zelon was an active member of several statewide committees addressing the legal profession and a staunch advocate for ensuring the fair and accessible administration of justice.

“Justice Zelon embodies everything that is honorable about the legal profession,” said California Chief Justice Tani Cantil-Sakauye. “During her career, she’s worked to ensure that everyone has the opportunity to pursue their rights, no matter how much money they have or what language they speak. Her passion and dedication is inspiring and her presence will truly be missed.”

Justice Zelon was a long-time member and the first chair of the California Commission on Access to Justice, and served on a number of Judicial Council committees devoted to expanding access to the legal system. Among her volunteer efforts, she cochaired the council’s Advisory Committee on Providing Access and Fairness, and served on the council’s Task Force on Self-Represented Litigants and Language Access Plan Implementation Task Force.

In honor of her work expanding and improving access to justice for low-income people, Justice Zelon received the 2010 Benjamin Aranda Access to Justice Award, sponsored jointly by the Judicial Council, California Judges Association, State Bar, and California Commission on Access to Justice.

Prior to her years on the bench, then-attorney Zelon served as president of the Los Angeles County Bar Association and was a member of the bar’s Access to Justice Committee. She was active in the American Bar Association and served as chair of its Standing Committee on Lawyers' Public Service Responsibility and its national Law Firm Pro Bono Project. From 1994 to 1997, she was chair of the Standing Committee on Legal Aid and Indigent Defendants.

In recognition of these volunteer activities during her 23 years as an attorney, in 2000, she became the inaugural recipient of the Laurie D. Zelon Pro Bono Award, created and given by the Pro Bono Institute of Washington, D.C. 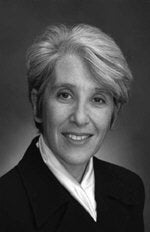