Juror Appreciation Week this year is May 9–13, one way the California courts thank these citizens for fulfilling their obligation and making the justice system work. Learn about judicial branch initiatives to improve the jury system in California.
By Blaine Corren

Each year, millions of Californians serve their communities and put into practice a fundamental American ideal of justice: the right to trial by jury. Juror Appreciation Week is one way the California courts thank these citizens for fulfilling their obligation and making the justice system work.

California’s official jury orientation video provides an overview of the juror experience, including the jury selection process, the trial, jury deliberations, and the verdict. An accompanying vignette explores the history of jury service through to the present day as our juries have become a more diverse and inclusive part of our court system.

Additional Improvements to Jury Service
Following are a few more ways California courts have made the civic right and obligation of jury service more convenient for its citizens:

In addition, many courts have added new technologies to streamline jury service, such as check-in kiosks, online and phone check-in, and updates via text message. 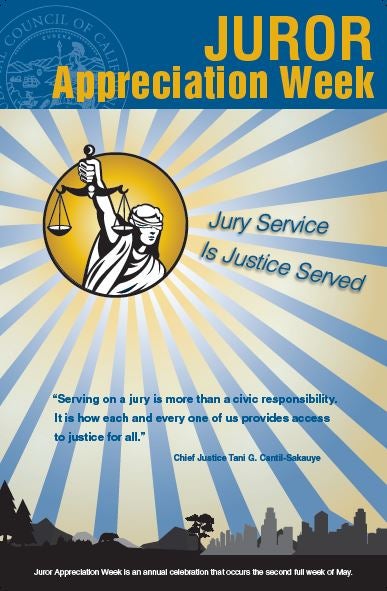 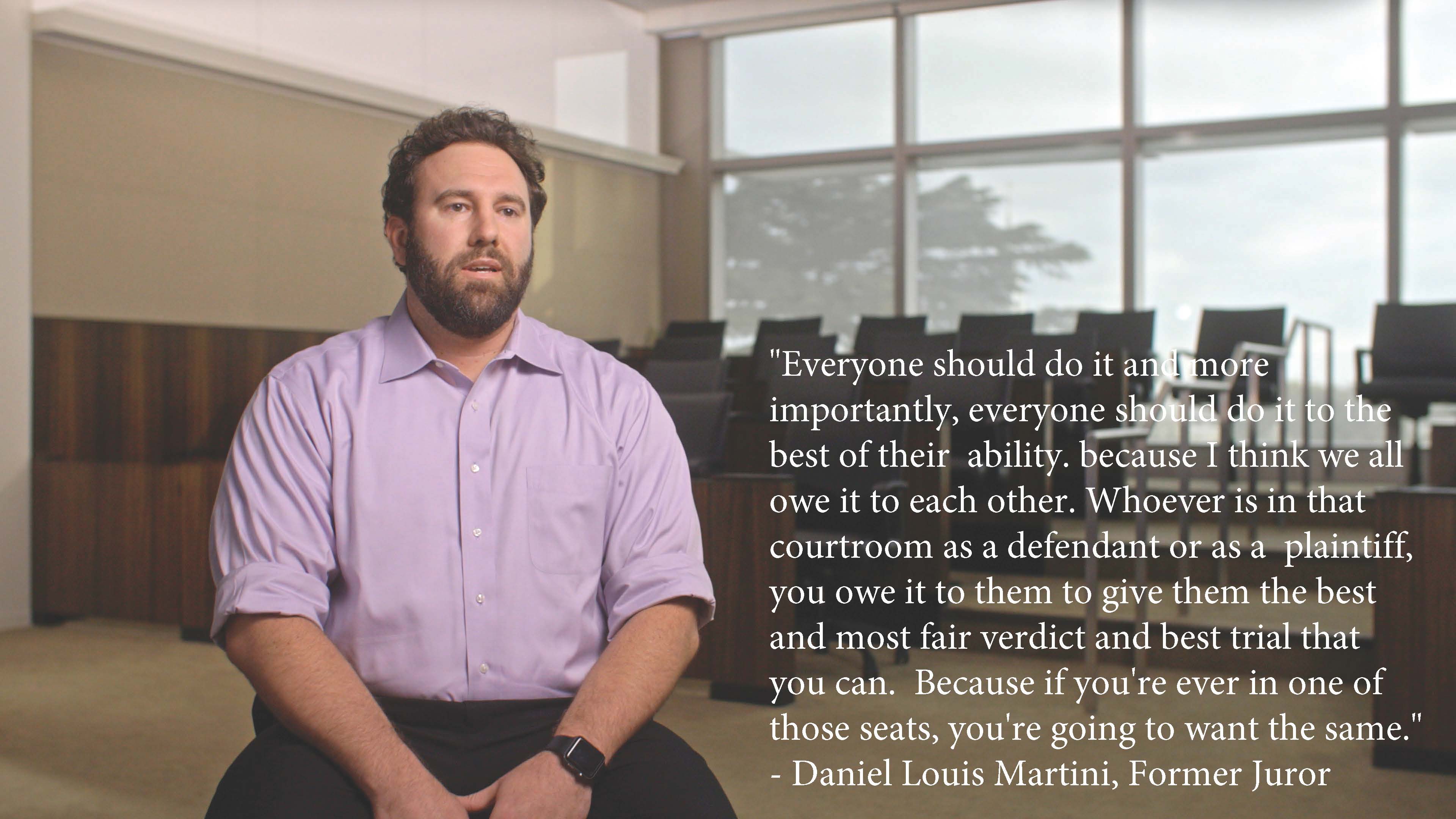 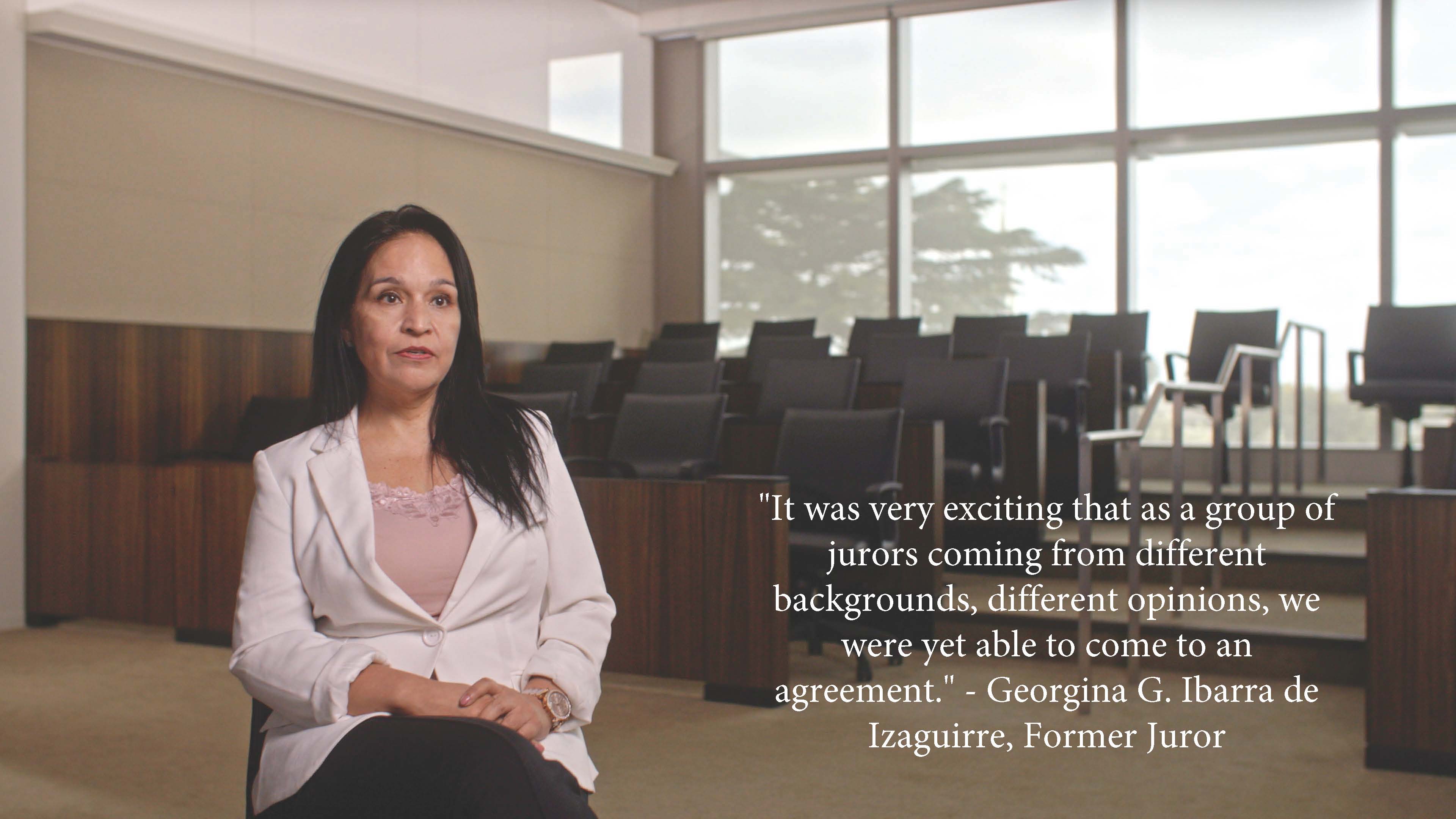 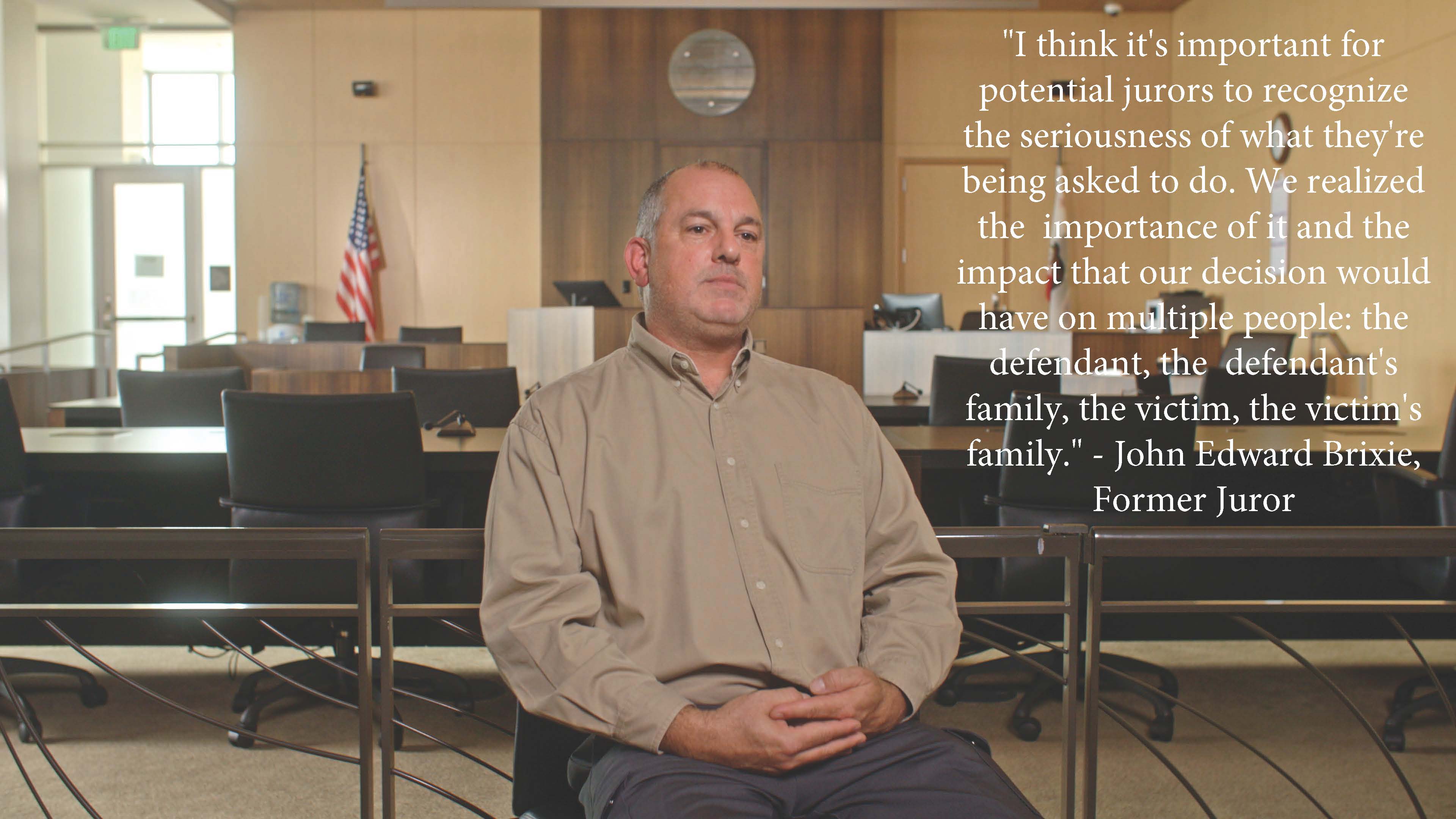 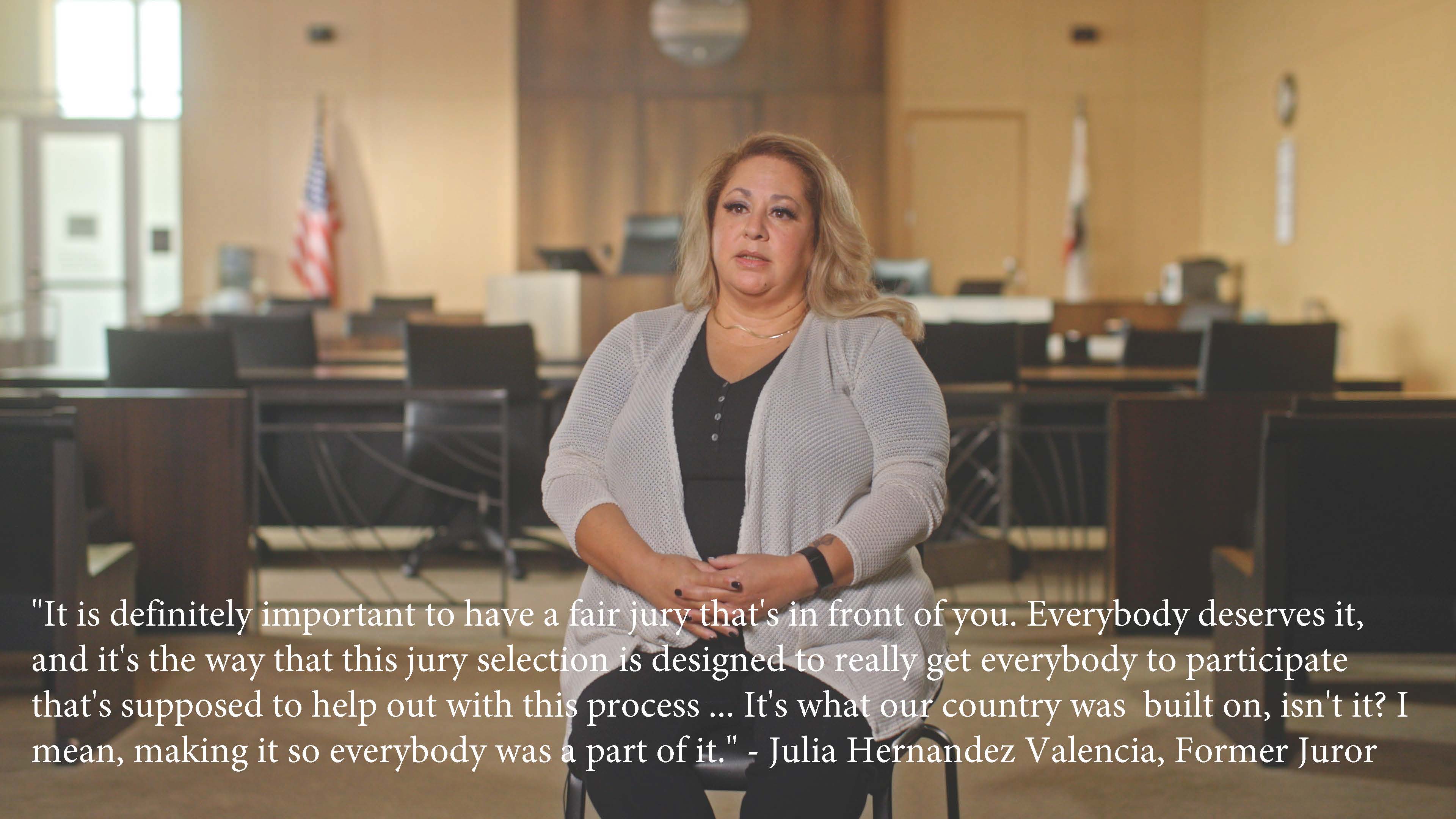