​“The Judicial Council of California and its chair, Chief Justice Tani Cantil-Sakauye, are committed to providing equal access and fairness in our justice system,” said Judge Marla O. Anderson.
By Merrill Balassone

From the Office of Assemblymember James C. Ramos

SACRAMENTO—All state and local court employees would celebrate California Native American Day instead of Columbus Day if a bill introduced today is approved by the Legislature and signed by Governor Gavin Newsom.

“The Judicial Council of California and its chair, Chief Justice Tani Cantil-

Sakauye, are committed to providing equal access and fairness in our justice system,” said  Judge Marla O. Anderson, chair of the Judicial Council’s Legislation Committee. “By recognizing the importance of Native Americans we not only acknowledge our shortcomings in our state’s past treatment of them, we also celebrate their past and current contributions to our state.”

"To be seen, it is a long awaited and welcomed first step by the justice system, the beginning of an effort to be inclusive of our first citizens," said Chief Judge Abby Abinanti, Yurok Tribe member and co-chair of the Tribal Court-State Court Forum.

Ramos said he and other people began efforts to honor California Native Americans more than 20 years ago when he was a San Bernardino County supervisor. “We were aided by then-Assemblymember Joe Baca, who successfully introduced legislation in 1998 to create a non-paid official state holiday for California’s First People. Baca went on to introduce similar legislation as a Member of Congress.” 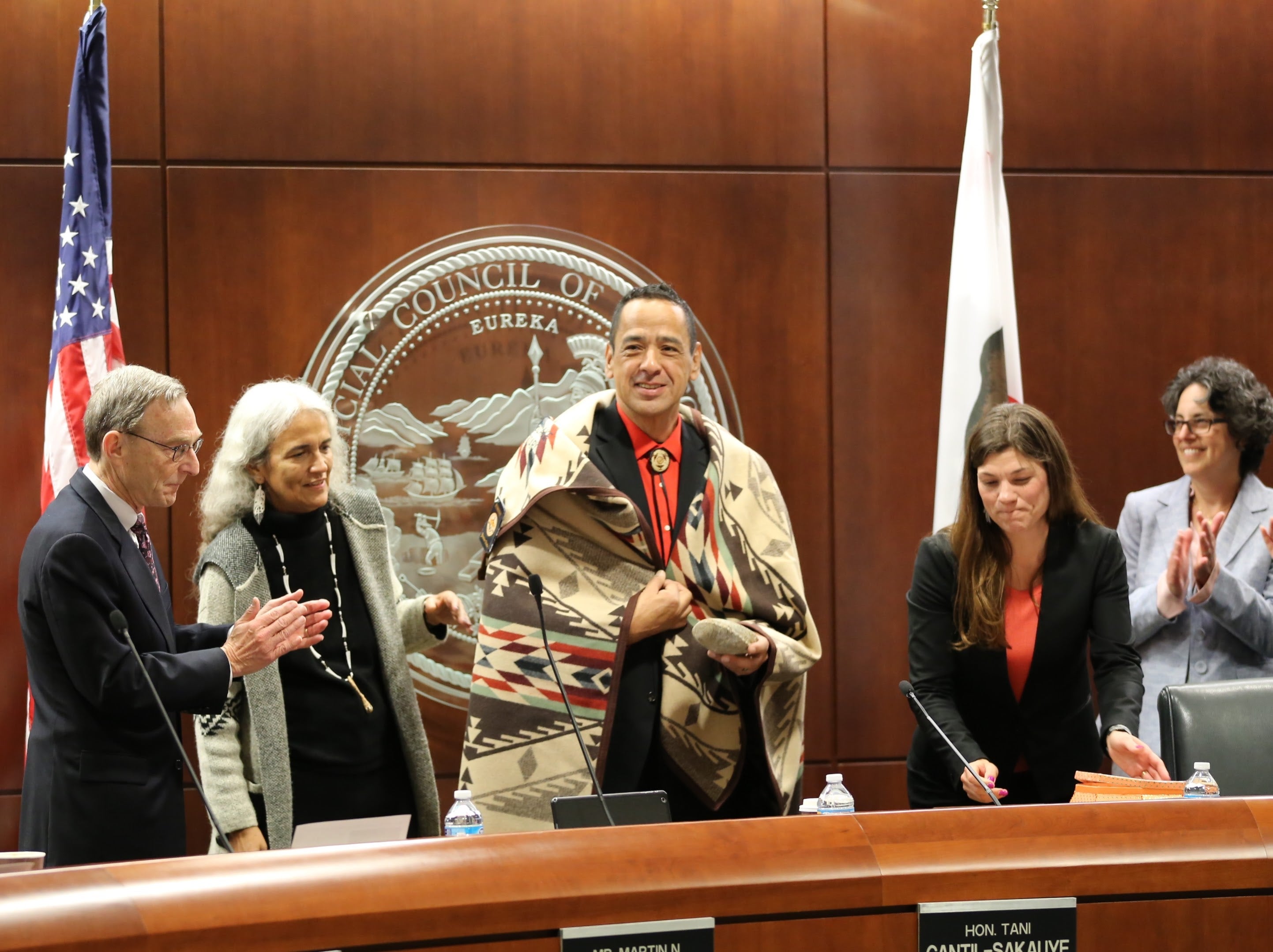