The Judicial Council of California will consider ending three temporary emergency rules governing evictions, judicial foreclosures and an emergency bail schedule, as California begins a phased re-opening and courts restore services shuttered due to the COVID-19 pandemic.
By Merrill Balassone

The Judicial Council will consider amending emergency rules that currently stay the issuance of summons and writs of execution in unlawful detainer actions and stay judicial foreclosures, changing the sunset date of those rules to Aug. 3. They will vote on whether to rescind, effective June 20, the COVID-19 temporary bail schedule that set presumptive bail at $0 for people accused of lower-level crimes, a measure to curb the spread of COVID-19 in jails and surrounding communities.

At the same time, the Judicial Council will consider support of California Chief Justice Tani G. Cantil-Sakauye in rescinding her statewide order extending time for defendants to be arraigned. That change would require defendants again be arraigned within 48 hours.

The Judicial Council adopted 13 emergency rules to balance providing access to justice with protecting the health and safety of the public, litigants, attorneys, court employees, and judicial officers.

Since the emergency rules were approved, conditions have changed: 51 counties have received a variance and are reopening. Last week, the Judicial Council approved changes to its emergency rule that paused statutes of limitations in civil cases.

The votes will be taken by circulating order, with a deadline of June 10 to vote.

Said Judicial Council Administrative Director Martin Hoshino: “The Judicial Council acted quickly to safely reduce jail populations and halt evictions and foreclosures during an unprecedented global health crisis. These rules achieved their goals—to reduce harm, save lives, and help ‘flatten the curve’ of the pandemic. As a result, 51 California counties and our courthouses have started a phased, safe reopening. A statewide rule no longer serves our need to be flexible and responsive based on local health conditions.”

The Judicial Council may re-institute these measures if health conditions worsen or change.

The COVID-19 emergency bail schedule set bail at $0 for most people accused, but not yet tried, of misdemeanors and lower-level felonies. As with a regular bail schedule, law enforcement could petition a judge to raise or deny bail if there was concern for public safety. Those accused of violent felonies, offenses requiring sex offender registration, domestic violence, stalking, or driving under the influence were not eligible.

The Judicial Council’s review of the rule comes as milestones were met:

“The Judicial Council took unprecedented action by instituting the temporary emergency COVID-19 bail schedule,” said Justice Marsha Slough, a Judicial Council member and chair of the Executive and Planning Committee. “Despite being in uncharted territory, crime rates stayed at historic lows, and the vast majority of people released on the COVID-19 bail schedule did not reoffend. We are gratified that courts, prosecutors, defense attorneys, and law enforcement officials worked together in many counties to guard both public safety and the community’s health.

“We urge local courts to continue to use the emergency COVID-19 bail schedules where necessary to protect the health of the community, the courts, and the incarcerated,” she said.

The Judicial Council report suggested courts could keep the emergency COVID-19 bail schedule or reduced bail schedules where appropriate and maximize the safe release of arrestees before or at arraignment. Some counties voluntarily adopted their own COVID-19 emergency bail schedules based on Chief Justice Cantil-Sakauye’s March 20 guidance.

The Judicial Council instituted emergency rules pausing evictions and judicial foreclosures as most courts were unable to handle nonurgent civil matters due to COVID-19. As state and local governments are loosening shelter-in-place orders and allowing businesses to reopen, courts are resuming court operations—often using remote technology.

“Housing policy decisions are usually left to the state Legislature, which was unable to hold sessions during the statewide shelter-in-place order,” said Judge Marla Anderson, the chair of the Judicial Council’s Legislation Committee. “With the Legislature back in session, lawmakers can address any measures needed to protect the homes and businesses of those affected by the pandemic.” 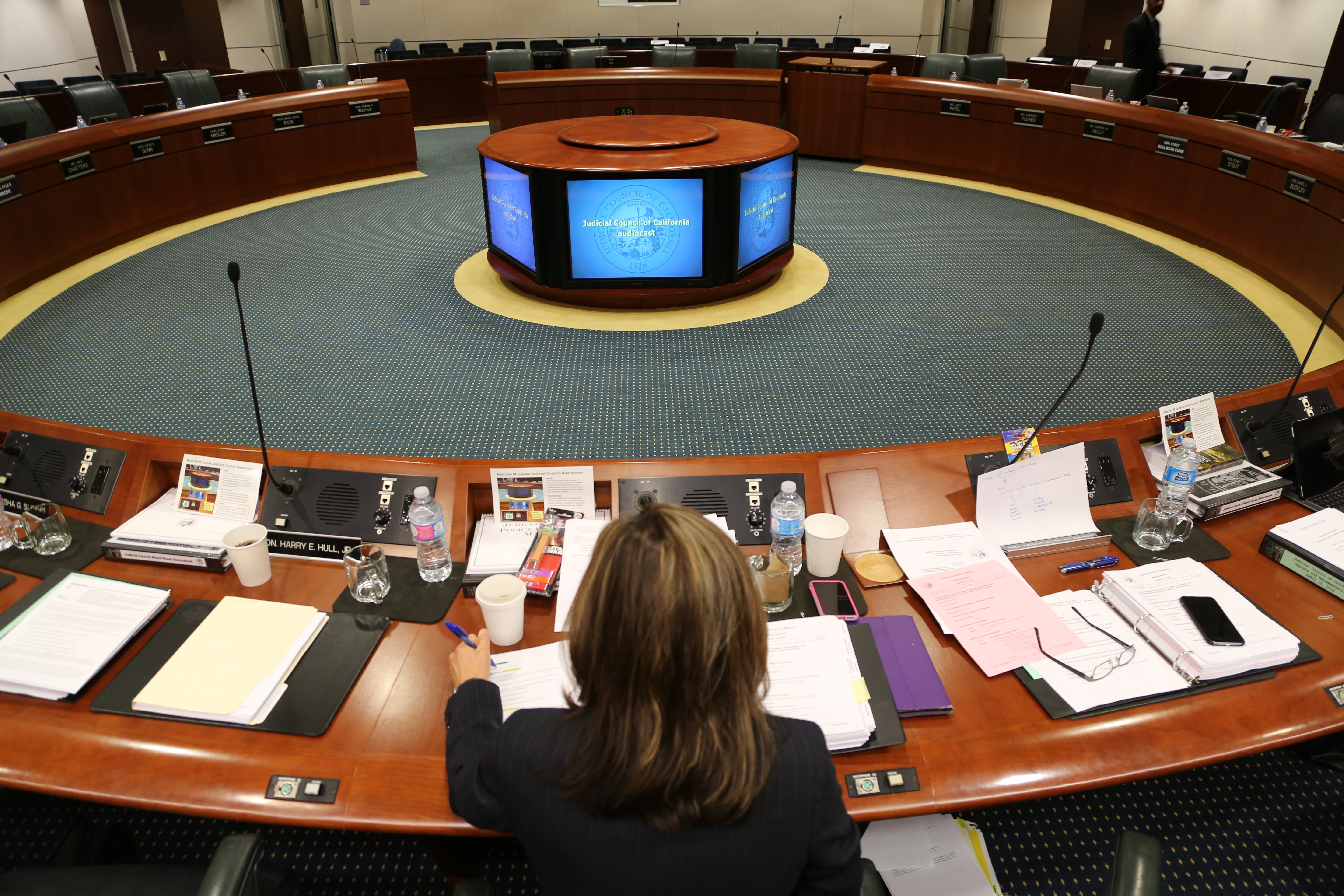