The Supreme Court Committee on Judicial Ethics Opinions (CJEO) advised a judge not to accept an invitation to join an advisory council of a nonprofit financial institution.
By Merrill Balassone

In a summary of oral advice issued to a judge, the committee concluded that service with a financial institution—even in an advisory capacity or for a nonprofit credit union—would violate several canons of the California Code of Judicial Ethics. The committee examined cases and judicial ethics advisory opinions nationwide, finding additional support for this well-settled ethical principle in California.

This issue has reached the high courts in several states with similar restrictions on serving in positions with financial institutions, including the Louisiana Supreme Court which upheld the constitutionality of such restrictions (Babineaux v. Judiciary Comm. of Louisiana, 341 So.2d. 396). The committee also cites advisory opinions from additional states— including Arizona, Illinois, South Carolina and Florida—that have similarly concluded service in advisory positions or for nonprofit credit unions is prohibited.

CJEO summarizes the oral advice it provides and posts the summaries on the CJEO website for the benefit of the bench and the public. 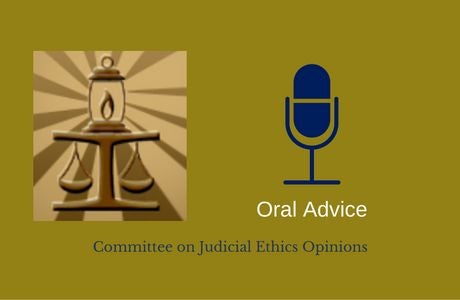