(UPDATE: Photos from the Oct. 15 dedication ceremony are posted on Flickr)

What: The ceremony will celebrate the official dedication of the new Yreka Courthouse for the Superior Court of Siskiyou County, which officially opened for business on June 14. The building replaces deficient court facilities, provides the community with a modern and secure courthouse, and improves court operations and services that are now consolidated into one building.

Note: Members of the media wishing to attend the ceremony or tour the courthouse should contact Court Executive Officer Reneé McCanna Crane, 530-842-0430, rcrane@siskiyou.courts.ca.gov.

The event will not be open to the general public, but will be live streamed via YouTube—URL for the livestream: youtube.com/watch?v=OdM86bH0wU8.

For more information on the new courthouse, see the project fact sheet or visit the California court’s website at https://www.courts.ca.gov/facilities-siskiyou.htm.

Statewide Courthouse Construction Program
Since the state judicial branch took over responsibility for courthouses in 2002, the branch’s court construction program has completed 31 new courthouse projects so far and another eight projects are in various stages. 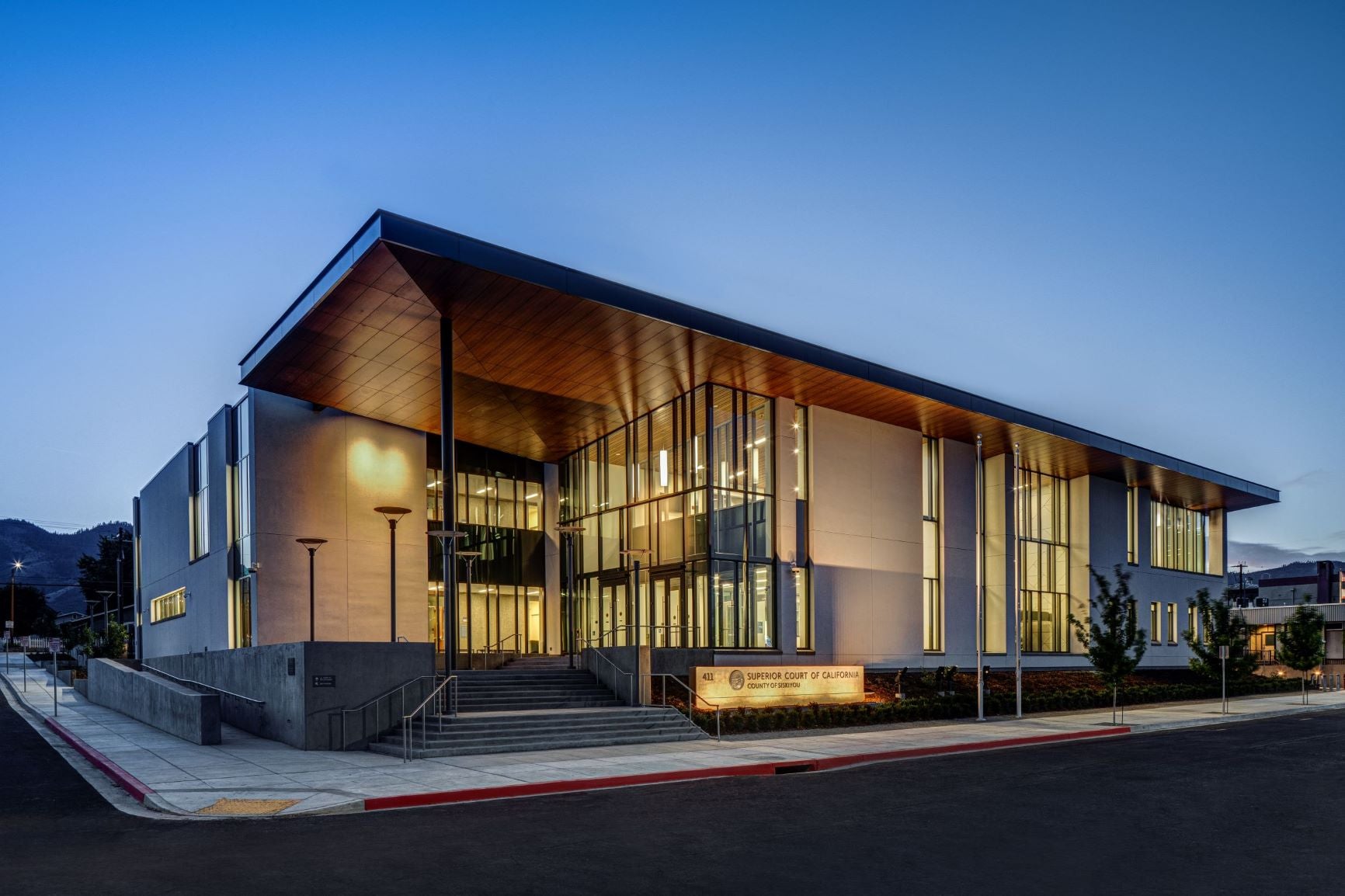