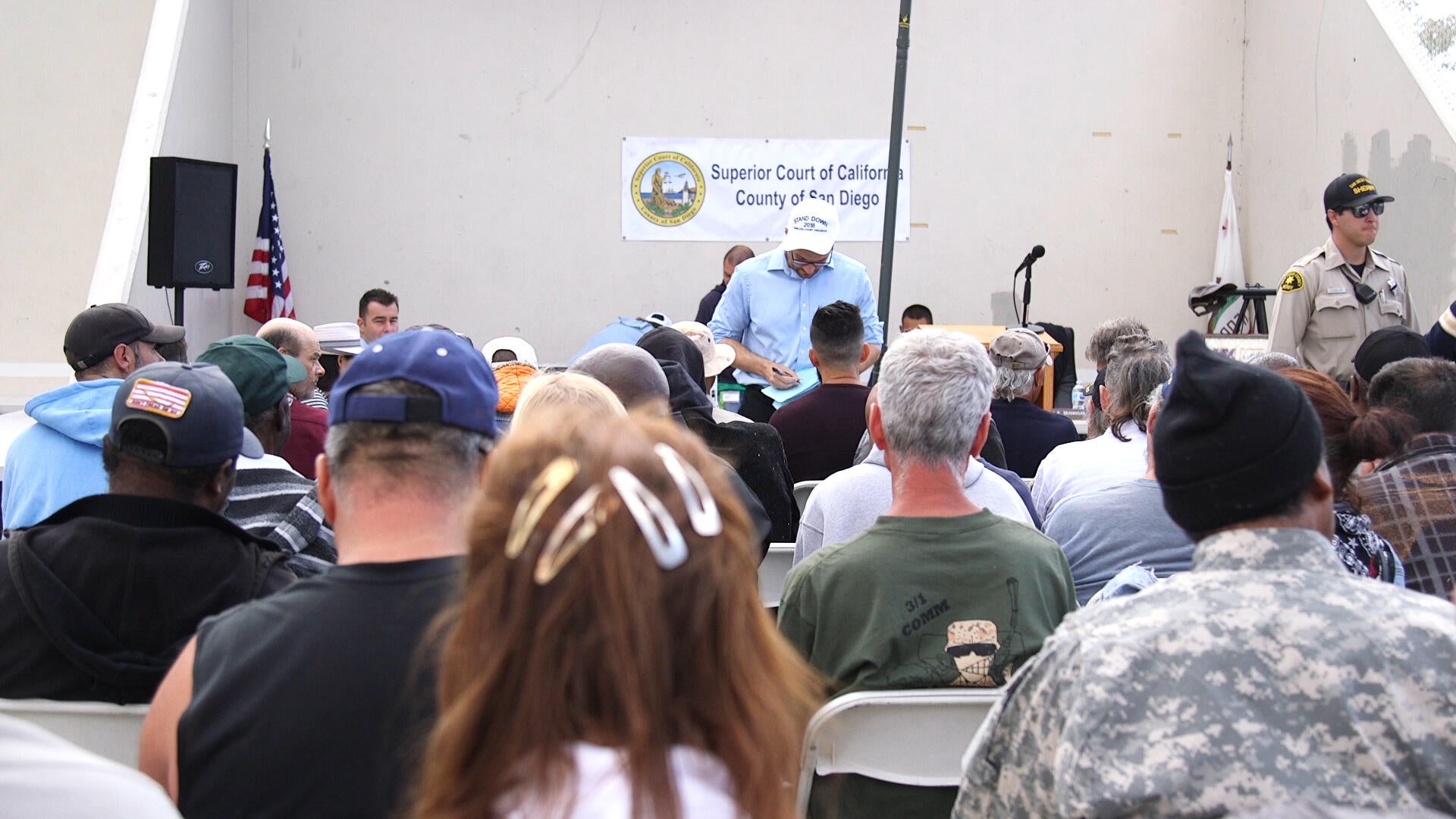 Nearly 30 years ago, the nation's first homeless court held a special session at Stand Down to help homeless veterans restore their lives. Now, the program has expanded nationwide to assist the general homeless population.

In 1989, the nation's first homeless court took place in San Diego at Stand Down--a national event geared towards helping homeless veterans restore their lives by providing access to services such as medical and dental treatment and veterans benefits. Since then, the San Diego Superior Court Homeless Court Program has become a cornerstone of Stand Down and remains a model for collaborative justice courts nationwide. To date, there are approximately 70 homeless courts in the U.S. and 400 collaborative-style courts in the California court system.

How does it work?
With the help of justice partners, the Homeless Court Program offers rehabilitation instead of incarceration and handles a range of serious and non-serious misdemeanors and infractions like jaywalking, petty theft, and drinking in public. Homeless people who have committed minor offenses may participate in the homeless court program through their local homeless service agency. Once participants have met rehabilitation goals, they can attend a homeless court hearing to resolve their legal cases.