VIA WEB CONFERENCE—The Judicial Council today received a report that outlines ways the judicial branch can increase access and assistance for court users experiencing or at risk of experiencing homelessness.

Among other ideas, the Chief Justice’s Work Group on Homelessness recommends improving the process for litigants involved in eviction cases by increasing remote access, expanding self-help resources, and creating more user-friendly court forms with information sheets and checklists. The work group also called for providing attorneys in residential eviction cases for litigants who can’t afford them and starting and/or expanding court settlement efforts in those cases.

“Many of our recommendations involve increasing access to court services via remote appearances, online information, and other ways to reach people outside of the courthouse,” said Justice Louis Mauro, who chaired the work group. “These are essential as many without housing have difficulty travelling to and entering our courthouses.”

In addition, the work group also recommends more courts establish special homeless court programs, which can reduce barriers to housing stability by clearing defendants’ fines, fees, warrants, and outstanding cases after treatment and rehabilitation. According to the latest data, 18 California counties have some form of homeless court program.

“I am very impressed by the work group’s ideas,” added Chief Justice Tani Cantil-Sakauye. “When we’ve talked about this issue, it was my view that homelessness can only be a three-branch solution.”

Addressing Bias in Court Proceedings
The council approved a proposal from a work group appointed by the Chief Justice to revise the standard of court administration that promotes an environment free of bias and the appearance of bias in court proceedings. The work group invited and received input on the proposal from members of the public, attorney groups, and judicial officers.

“I see this effort as another tangible example of how the Chief Justice has tasked this council to not only improve access to justice, but to be transparent, accountable and more inclusive of the myriad of court users that enter courthouse doors up and down the state,” said Judge Stacy Boulware Eurie, co-chair of the work group.

In addition to encouraging bias reporting and education, the updated standard broadens the list of classifications protected, and defines the optimal makeup and roles of local or regional committees working to prevent bias in court interactions by court staff or judicial officers. The previous version of the standard recommended local bias committees create their own informal complaint process; but the revised proposal eliminates that recommendation, and instead suggests courts inform the public about the existing avenues for making a complaint and work with their local stakeholders to determine the best processes for their communities.

“Standards of court administration are merely guidelines for courts to consider,” said Justice Brad Hill, who co-chaired the workgroup. “Local bias committees can still adopt informal complaint resolution procedures if they choose to do so.”

In voting to approve the recommendations, council member Justice Marsha Slough added that “the revised standard maintains the effectiveness and the integrity of the complaint process within individual counties.” Watch

Other items on the Nov. 19 council meeting agenda included:

Remote Appearances in Civil Cases: The council amended emergency rule 3 effective January 1, 2022, to remove civil proceedings from the scope of the rule and to affirm that the rule continues to apply to criminal proceedings. The amendment makes the rule consistent with new Code of Civil Procedure section 367.75, enacted in Senate Bill 241, which will govern remote proceedings in civil cases beginning January 1, 2022.

Court Adoption and Permanency Month: The council proclaimed November “Court Adoption and Permanency Month.” Since 1999, the council has formally recognized the efforts of California courts and justice partners to provide children and families with fair and understandable judicial proceedings and just permanency outcomes. Despite the COVID-19 pandemic’s impact on court operations, California courts found ways to finalize adoptions through a mix of stipulated orders, in-person hearings, and remote proceedings. Watch

Civic Learning Initiative: The council received an update from the Power of Democracy Steering Committee, which promotes civic learning, inclusive of the courts, for all of California's K-12 students. The annual report provided information on efforts to connect courts with schools in their community, including its Civic Learning Awards and Judges in the Classroom programs. Watch 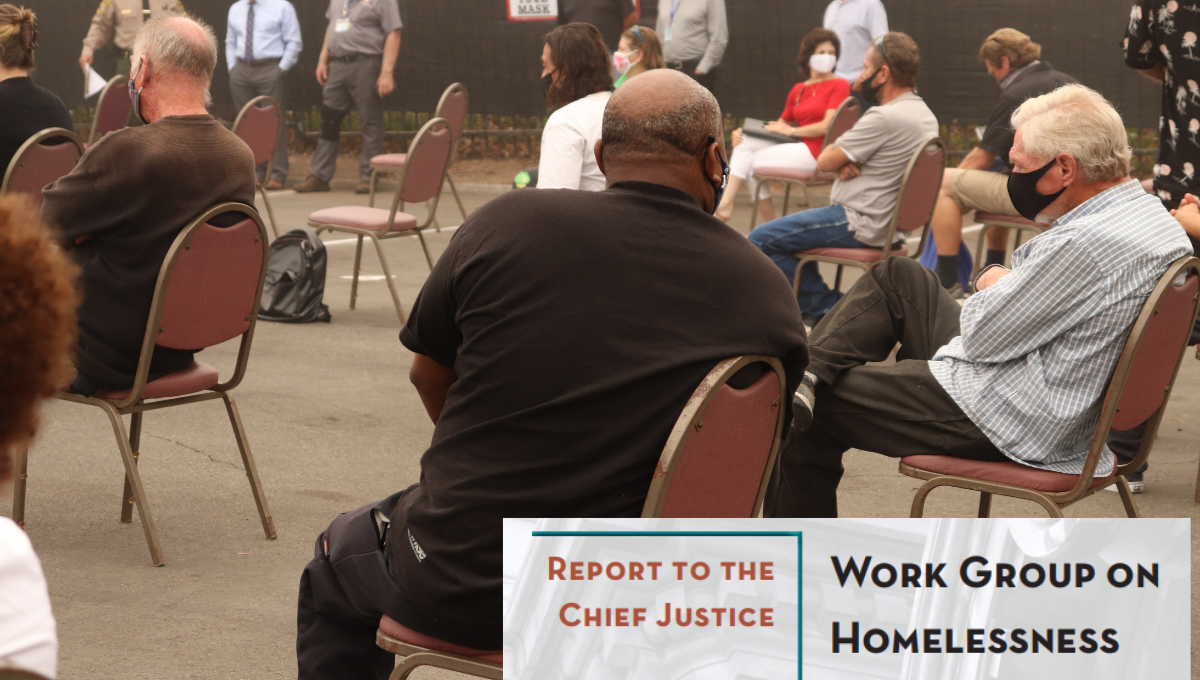 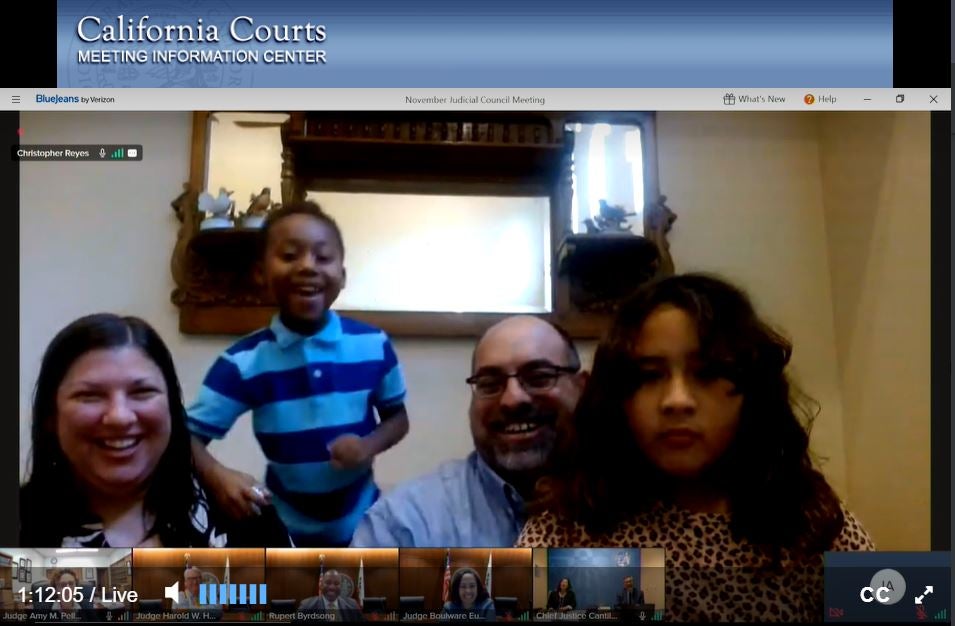 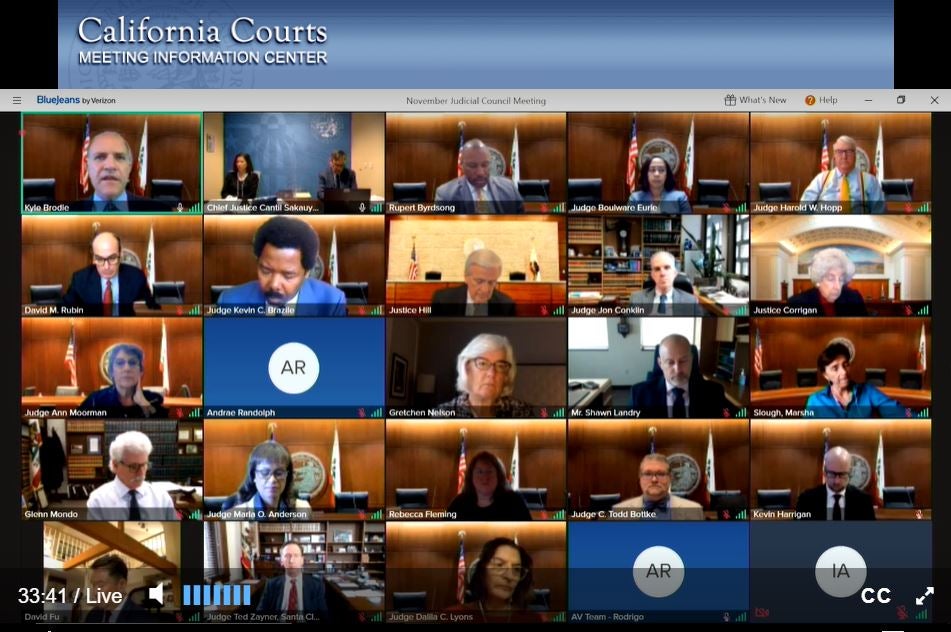