In CJEO Oral Advice Summary 2018-026, CJEO examined the campaign and political activity rules and the new canon amendment that permits judges to solicit campaign endorsements on behalf of other judges and attorneys who are candidates for judicial office. (Cal. Code Jud. Ethics, canon 5B(4).)

CJEO advised that an appellate justice may solicit campaign endorsements from trial court judges so long as the solicitation does not create a perception of coercion or cause doubts about judicial independence, integrity, or impartiality.

CJEO also advised that concerns about perceived coercion and judicial independence, integrity, and impartiality are compounded when a solicitation for campaign endorsements is made by a presiding judge, who holds a leadership role and has supervisory authority. Based on the requesting appellate presiding justice’s position and proposed mass solicitation, CJEO advised that there would be a perception of coercion and concerns regarding judicial independence, integrity, and impartiality that made the intended solicitation impermissible.

CJEO summarizes its oral advice and posts the summaries on the CJEO website for the benefit of the bench and public. 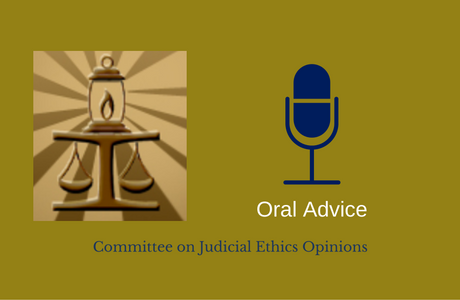