A state Supreme Court committee issued advice for judges using social media to make statements about the law, the legal system, or the administration of justice.

In an advisory opinion posted on the committee’s website, the Supreme Court Committee on Judicial Ethics Opinions (CJEO) concludes that judges may use social media to make law-related statements, but cautioned that social media communications are governed by the same ethical rules as other judicial conduct. For example, judges may not make any statements on social media that would compromise the judge’s impartiality, demean the judiciary, or constitute prohibited political commentary.

In CJEO Expedited Opinion 2021-042, the committee explains that due to lack of control over the spread of statements posted online, judges must exercise caution and restraint and should assume their comments will reach the widest possible audience. The committee notes examples of when judges have been disciplined for social media posts even when they intended to keep posts private or restricted to certain viewers.

can be a powerful tool for connecting with our friends and communities, judges have a unique responsibility to ensure that their statements instill public confidence in the impartiality and integrity of the judiciary. We hope this guidance helps judges navigate how to engage in social media ethically and avoid the pitfalls,” said committee member Judge Erica Yew.

The committee also notes that while judges may not comment on specific pending matters, they are permitted and encouraged to engage in their communities and efforts to improve the legal system in general.  Judges may use social media to make law-related statements, just as in traditional settings, provided they carefully evaluate what they intend to post and monitor reactions to posts to ensure ongoing compliance.

The committee issues formal, informal, and expedited opinions on proper judicial conduct pursuant to the California Code of Judicial Ethics and other authorities. CJEO posts its expedited opinions (formerly known as oral advice summaries) on the CJEO website for the benefit of the bench and the public. 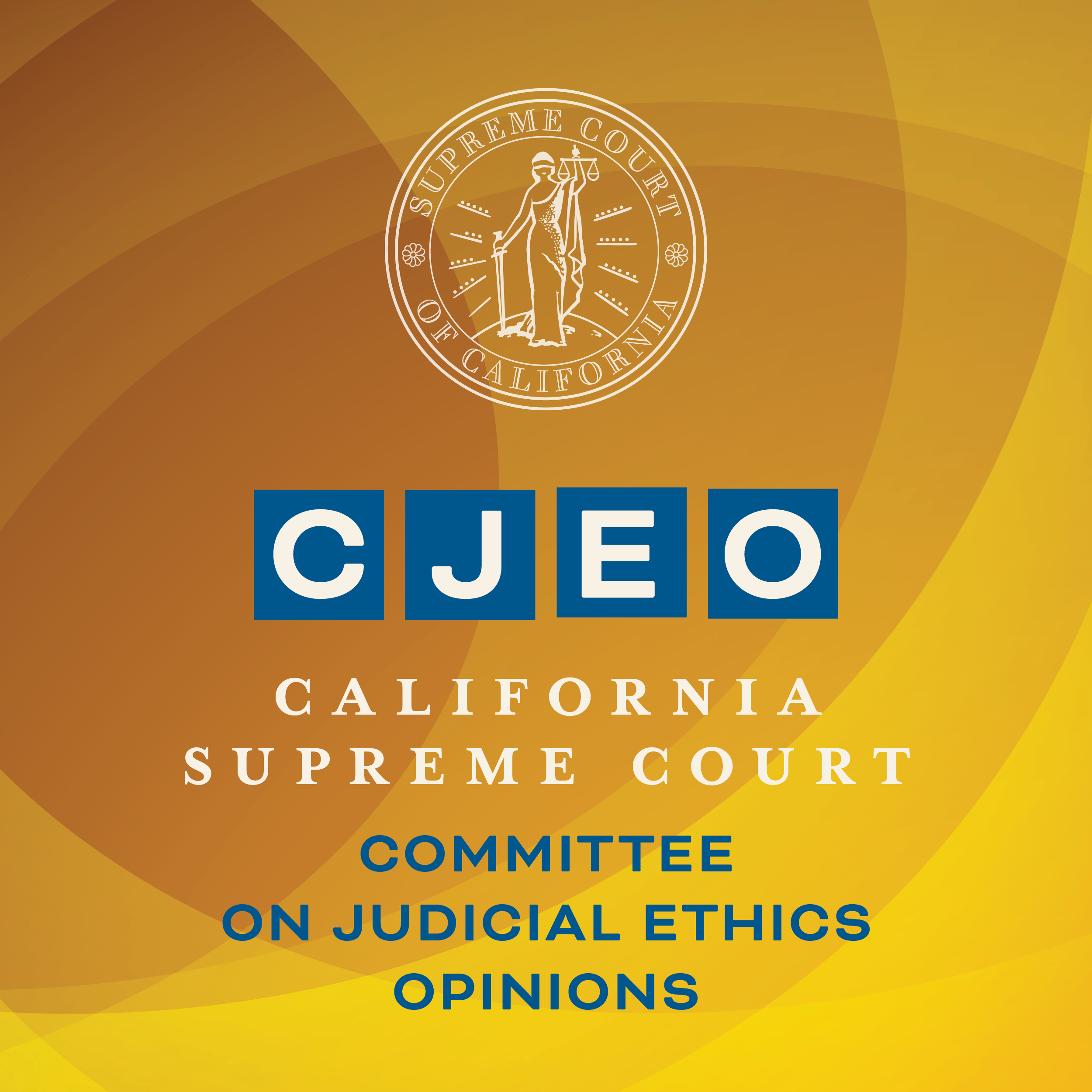