Commission to Consider Appointment to Third District Court of Appeal

The Commission on Judicial Appointments will hold a public hearing on Feb. 14 starting at 2 p.m., which will be livestreamed via the California Courts Newsroom.
By Merrill Balassone

SAN FRANCISCO—The Commission on Judicial Appointments will hold a public hearing on Feb. 14 starting at 2 p.m. in the Supreme Court Courtroom—350 McAllister Street in San Francisco—to consider the appointment of Judge Shama Hakim Mesiwala to the Third District Court of Appeal in Sacramento.

Judge Mesiwala would fill the vacancy created by the retirement of Justice Coleman A. Blease.

Judge Shama Hakim Mesiwala has served as a Sacramento County Superior Court judge since 2017 and was a commissioner there in 2017. Judge Mesiwala has been an adjunct professor at the University of California, Davis School of Law since 2013. She was a judicial attorney at the Third District Court of Appeal from 2004 to 2017, where she served as a senior judicial attorney for Justice Ronald B. Robie from 2006 to 2017 and as a central staff attorney from 2004 to 2006. Judge Mesiwala served as a staff attorney at the Central California Appellate Program from 1999 to 2004 and as an attorney at the Office of the Federal Public Defender, Eastern District of California in 1999. She earned a Juris Doctor degree from the University of California, Davis School of Law.

Persons who wish to testify or comment on the appointment must submit their information for receipt by the commission no later than 5 p.m. Feb. 6, 2023 (five court days prior to hearing). Anyone wishing to testify before the commission must state that request in writing and include a summary of the facts on which any testimony or opinion will be based. 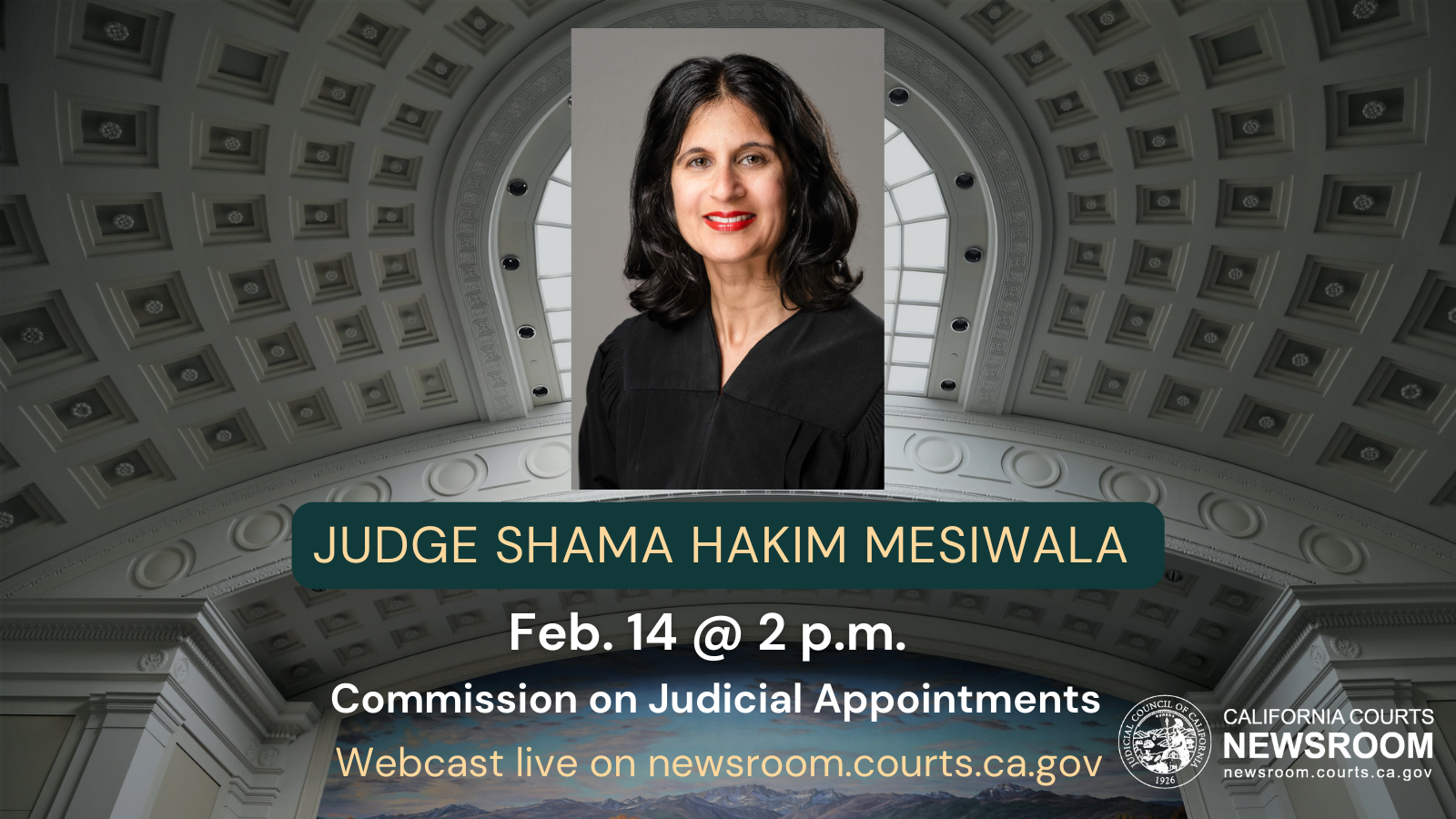