Commission to Consider Appointment to Sixth District Court of Appeal

The Commission on Judicial Appointments will hold a public hearing on Jan. 13 starting at 11 a.m. to consider the appointment of Daniel Bromberg to the Sixth District Court of Appeal in San Jose.
By Merrill Balassone

The livestream will be available here.

SAN FRANCISCO—The Commission on Judicial Appointments will hold a public hearing on Jan. 13 starting at 11 a.m. in the Supreme Court Courtroom—350 McAllister Street in San Francisco—to consider the appointment of Daniel Bromberg to the Sixth District Court of Appeal in San Jose.

Bromberg would fill the vacancy created by the retirement of Justice Franklin D. Elia.

Daniel Bromberg has been a partner at Pillsbury Winthrop Shaw Pittman LLP since 2021. He served as a deputy legal affairs secretary in the Office of Governor Gavin Newsom from 2019 to 2021. Bromberg was a partner at Quinn Emanuel Urquhart & Sullivan LLC from 2005 to 2019 and was a partner and associate at Jones Day from 1994 to 2005. He was an associate at Cahill, Gordon & Reindel LLP from 1992 to 1994. He served as a law clerk for Judge Raymond Randolph at the U.S. Court of Appeals, D.C. Circuit from 1991 to 1992 and for Judge Louis F. Oberdorfer at the U.S. District Court for the District of Columbia from 1990 to 1991. Bromberg earned a Juris Doctor degree from Harvard Law School.

Persons who wish to testify or comment on the appointment must submit their information for receipt by the commission no later than 5 p.m. on Jan. 6 (five court days prior to hearing). Anyone wishing to testify before the commission must state that request in writing and include a summary of the facts on which any testimony or opinion will be based. 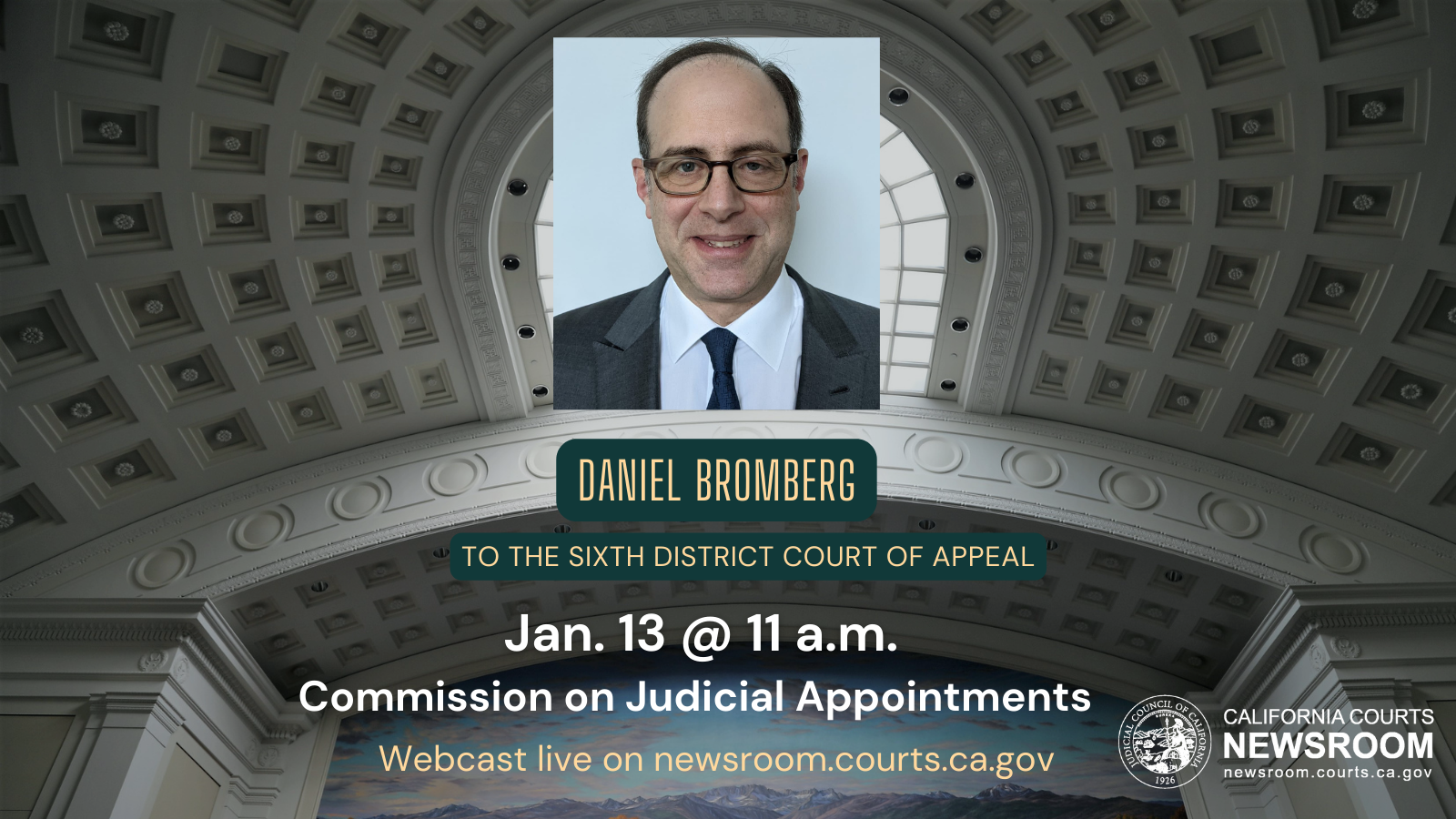