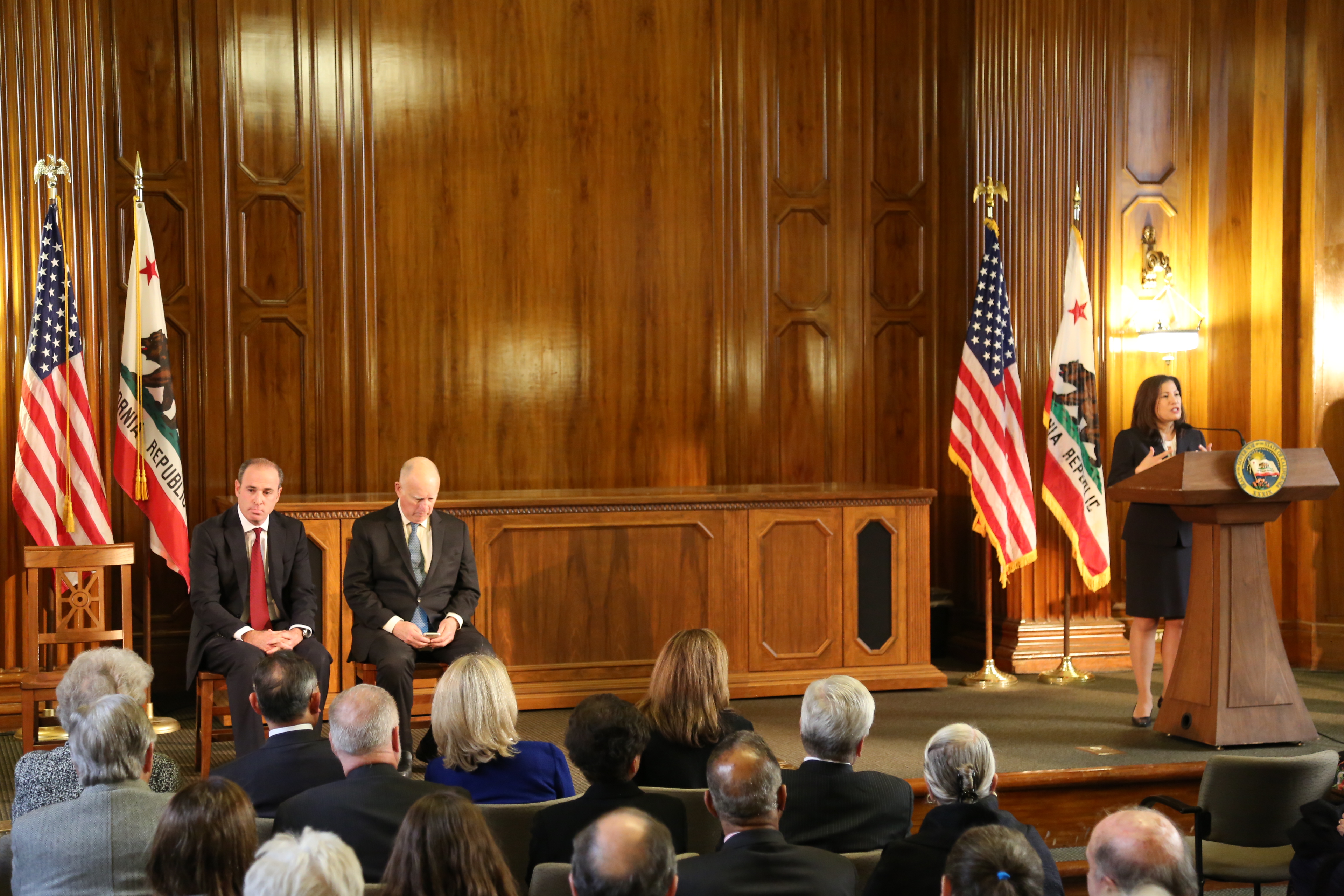 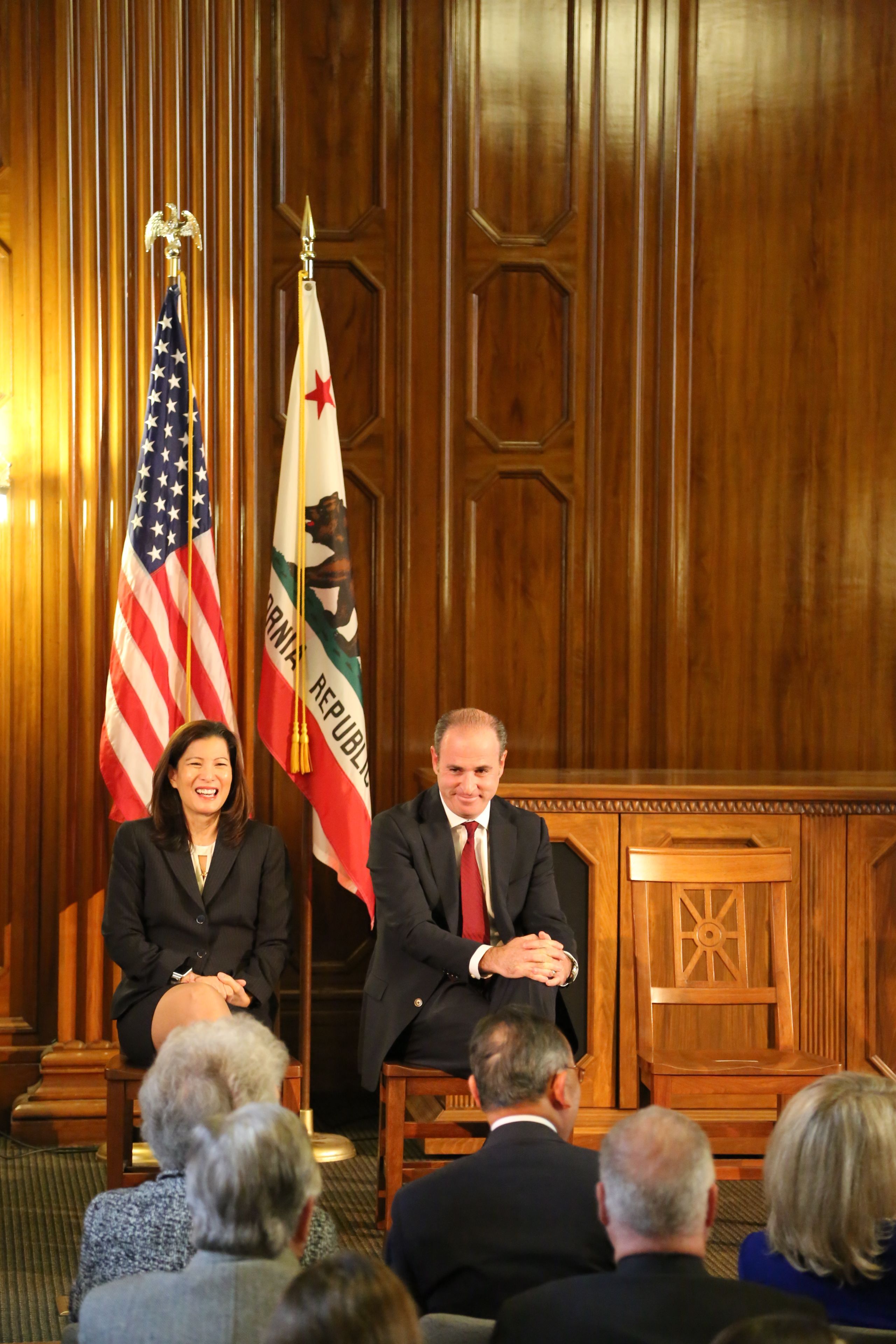 SAN FRANCISCO—Chief Justice Tani G. Cantil-Sakauye, chair of the Commission on Judicial Appointments, announced that the commission confirmed the appointment of Joshua P. Groban to the Supreme Court of California on Dec 21. On Jan 3, Governor Brown swore Groban in at the Supreme Court's courtroom in Sacramento.

Groban will take the bench for oral argument beginning Jan. 8 after being sworn in by Governor Edmund G. Brown, Jr. in Sacramento on Jan. 3.

Photos are available for download in the album below (Credit: Judicial Council of California)

Joshua P. Groban fills the vacancy created by the retirement of Associate Justice Kathryn M. Werdegar on Aug. 31, 2017. Groban has served as senior advisor to Governor Brown since 2011. As senior advisor, Groban has overseen the appointment of approximately 600 judges throughout the state. Groban has also advised the Governor in high-profile litigation and policy issues involving education, the judiciary, criminal justice, national security and constitutional interpretation. Groban was legal counsel for the Jerry Brown for Governor Campaign in 2010. He was an attorney at Munger, Tolles and Olson LLP from 2005 to 2010 and at Paul, Weiss, Rifkind, Wharton and Garrison LLP from 1999 to 2005. Groban served as a law clerk for Judge William C. Conner at the U.S. District Court, Southern District of New York from 1998 to 1999. Groban has been a lecturer in state appellate practice at the University of California, Los Angeles School of Law since 2015. He earned a Juris Doctor degree from Harvard Law School, where he graduated cum laude and a Bachelor of Arts degree from Stanford University, where he graduated with honors and distinction. For more details, see this report released by the Commission on Judicial Nominees Evaluation. 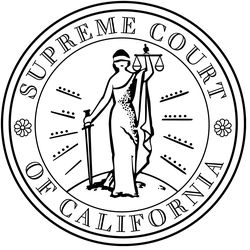