Chief Justice Creates Commission on Future of the Courts

SAN FRANCISCO—Chief Justice Tani G. Cantil-Sakauye announced today the creation of the Commission on the Future of California’s Court System to study and make recommendations to improve the state’s court operations and accessibility.

SAN FRANCISCO—Chief Justice Tani G. Cantil-Sakauye announced today the creation of the Commission on the Future of California’s Court System to study and make recommendations to improve the state’s court operations and accessibility. In the next two years, the commission will examine ways to increase the efficiency of adjudicating cases in civil, criminal, traffic, juvenile, and family law matters, as well as ways to enhance the underfunded court system’s fiscal stability.

“We are at a pivotal moment for our financially strapped judicial system,” the Chief Justice said. “The commission’s charge will be to take a fresh look at legal and structural challenges to long-term efficiency and stability for the judicial branch and develop practical, achievable recommendations that may be implemented by the Judicial Council, the Legislature, or the Governor.”

The Chief Justice announced the commission’s leadership today; further members and subcommittees will be appointed at a later date. Supreme Court Associate Justice Carol A. Corrigan will head the commission. Justices, judges, and court executives from a cross-section of courts will serve on the commission’s executive committee. In addition, liaisons from public and private sector entities such as state and local government, the bar, labor, business, and other public policy groups will provide essential expertise. Administrative Presiding Justice William R. McGuiness, of the Court of Appeal, First Appellate District, will serve as the commission’s vice-chair.

“I am immensely grateful that committee members have agreed to take on this significant task,” the Chief Justice said. “It’s the next logical step in my ongoing efforts to look at how the judicial branch conducts its business. My expectation is that the full commission will be appointed by the fall and will hold its first meeting by December. I hope it will be able to report back to me within 24 months.” 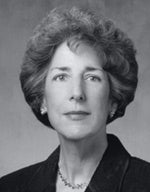