The California Supreme Court on Thursday announced it will permanently lower the passing score for the California Bar Exam and released plans for an October test administered online.
By Merrill Balassone

The California Supreme Court on Thursday announced it will permanently lower the passing score for the California Bar Exam and released plans for an October test administered online.

The court’s letter to State Bar of California trustees includes the following measures for exam takers and 2020 law school graduates:

"The changing circumstances surrounding the ongoing COVID-19 pandemic in California, and throughout the country, have had an unprecedented impact on professional licensure testing for graduates seeking admission to many professions," the court wrote in its letter. "Many law school graduates are being substantially affected by the resulting disruption."

"The court has sought the safest, most humane and practical options for licensing law graduates by encouraging and working with the State Bar to pursue the option of administering the California Bar Examination online as a remote test, to avoid the need for, and dangers posed by, mass in-person testing," the court wrote.

California is one of 16 states to move their bar exam online. The California Supreme Court determined that an online exam can be administered without the need for an examinee to have a high-speed or constant internet connection.

"The court strongly encourages law schools to assist those graduates who lack internet access at home, or who have home environments not amenable to two days of uninterrupted examination" by employing measures, including access to facilities and equipment, schools used to allow students to complete the spring semester, the court wrote.

Read the California Supreme Court’s letter here to the State Bar of California’s Board of Trustees. 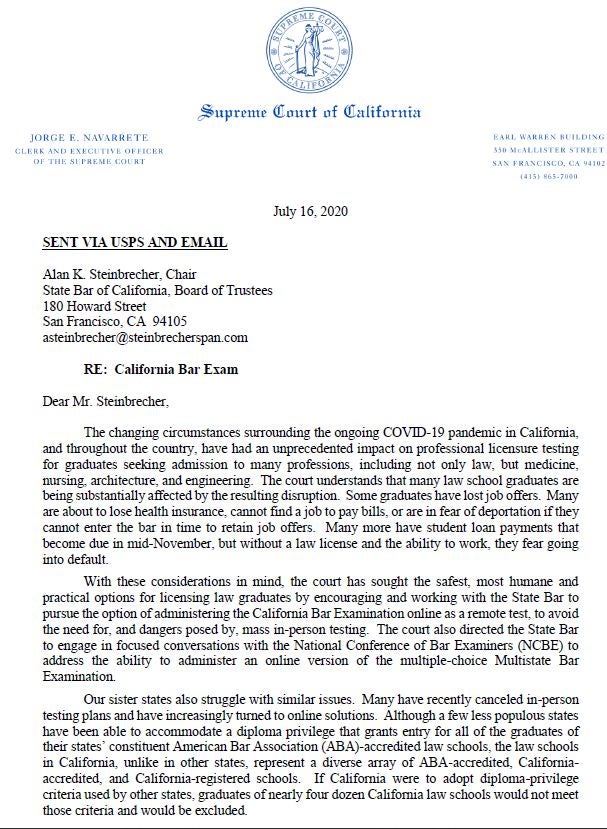 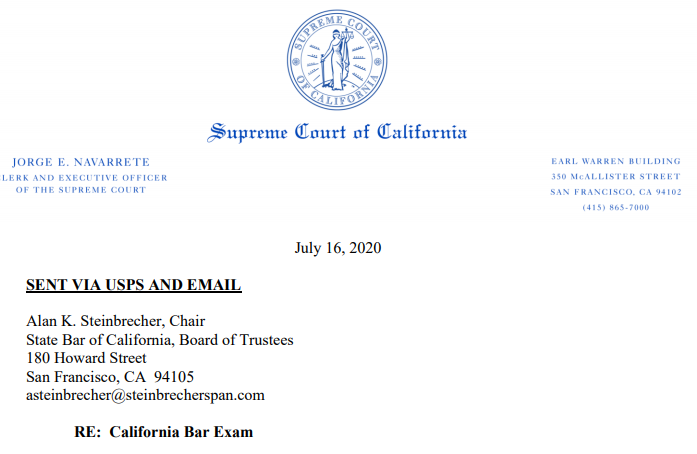