A Year in Review: the California Supreme Court 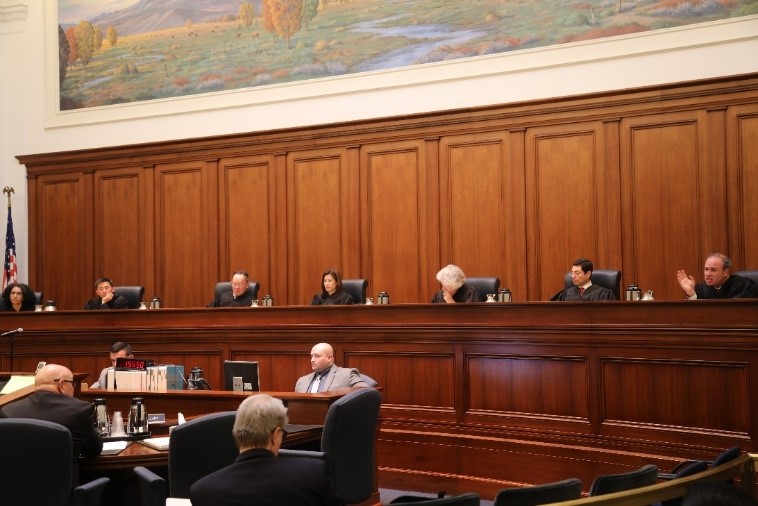 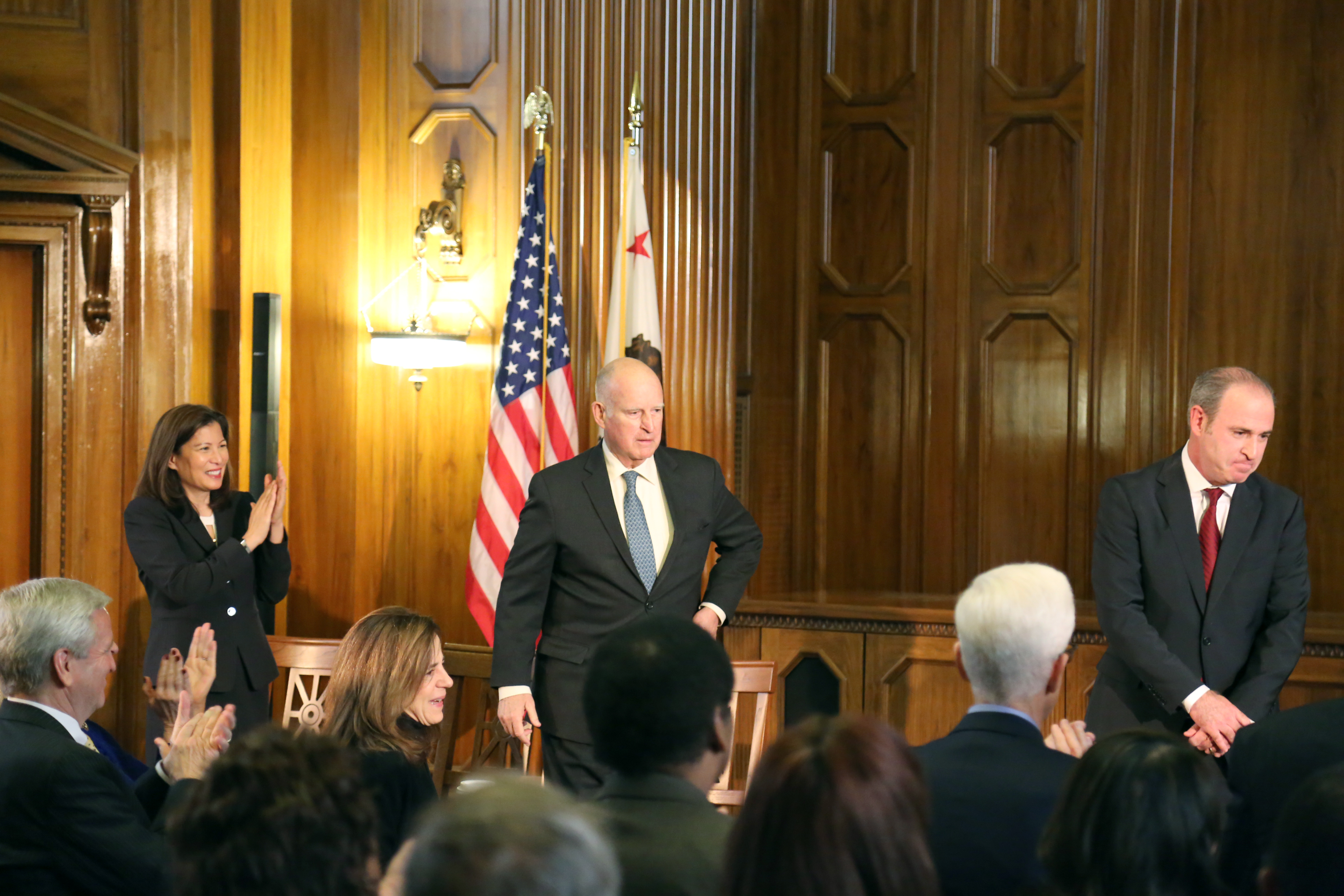 “I am joining an institution whose fundamental purpose is to provide stability and consistency,” Groban said. “I look forward to doing that with a sense of reflection, respect, fidelity to the law, and compassion.”

The “other Josh Groban,” a multiplatinum record selling singer, congratulated the new justice on Twitter:

My “big break” was being asked to sing at Gov. Davis’s inauguration in Sacramento 20 years ago. If you don’t think the universe is playing a fun wacky game with us you’re wrong. And congrats to the other JG. https://t.co/bj16F8gR8N

Before joining the bench, Justice Groban served as the governor’s Judicial Appointments Secretary, helping Brown transform the state judiciary through the appointment of nearly 650 judges, lauded for being the most diverse array of judicial appointees in California’s history.

To get there, the court considered nearly 7,200 filings, including about 3,900 petitions for review from approximately 18,000 judgments of the six District Courts of Appeal. Those appellate courts are the forum for reviewing close to 5 million judgments and orders in matters handled by the state’s 2,000 judicial officers.

On average, the court acted on 188 matters at each petition conference, at which the justices confer about three times per month.

For the third year, the court live streamed its oral argument sessions, with real-time captioning in both English and Spanish. The live stream each year gives access to tens of thousands of attorneys, law students, journalists and the public to watch the court live or view archived videos of past sessions. Most of California’s appellate courts have followed suit by live streaming oral arguments to the public. 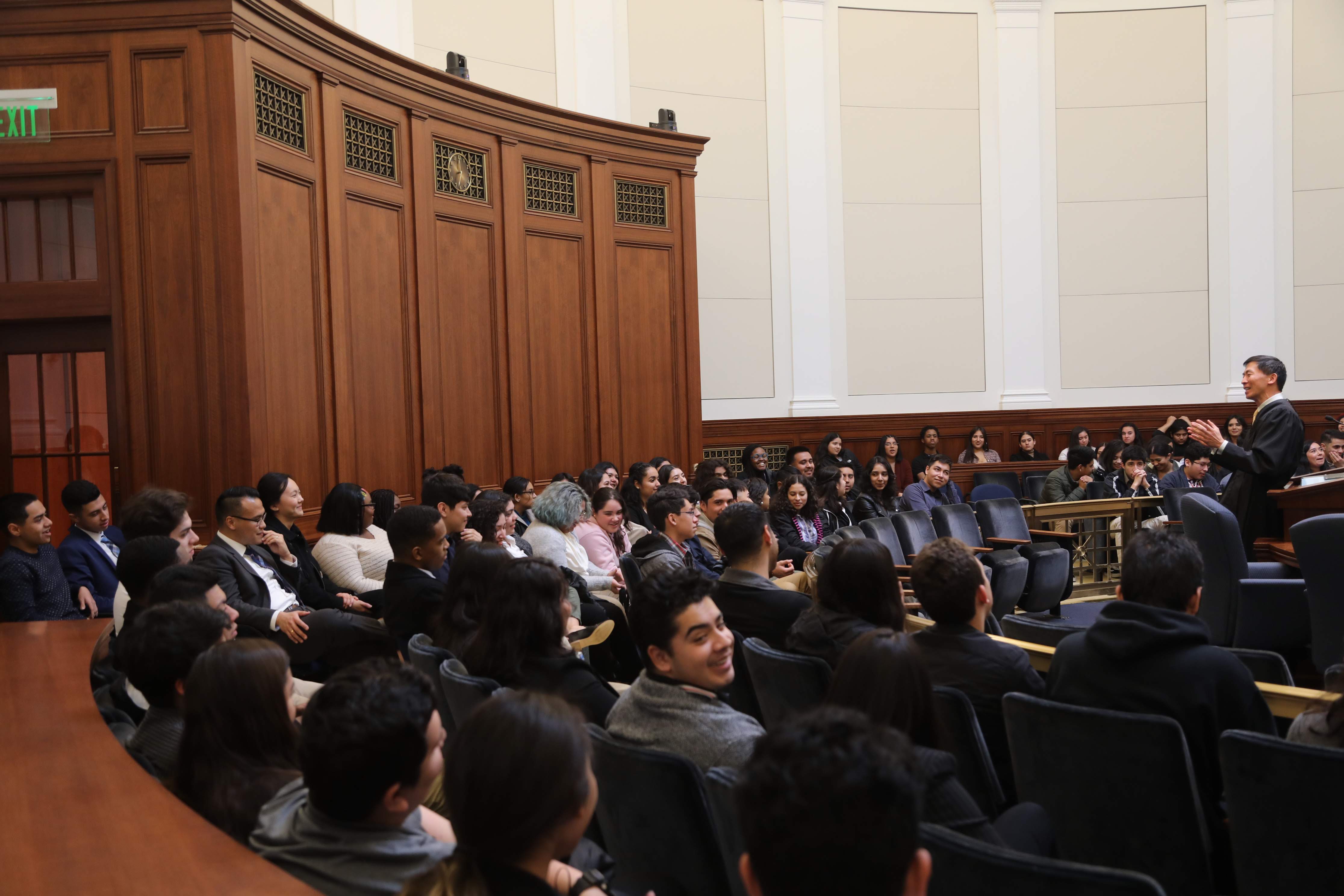 Justice Goodwin Liu speaks to San Francisco middle schoolers about the work of the Supreme Court. 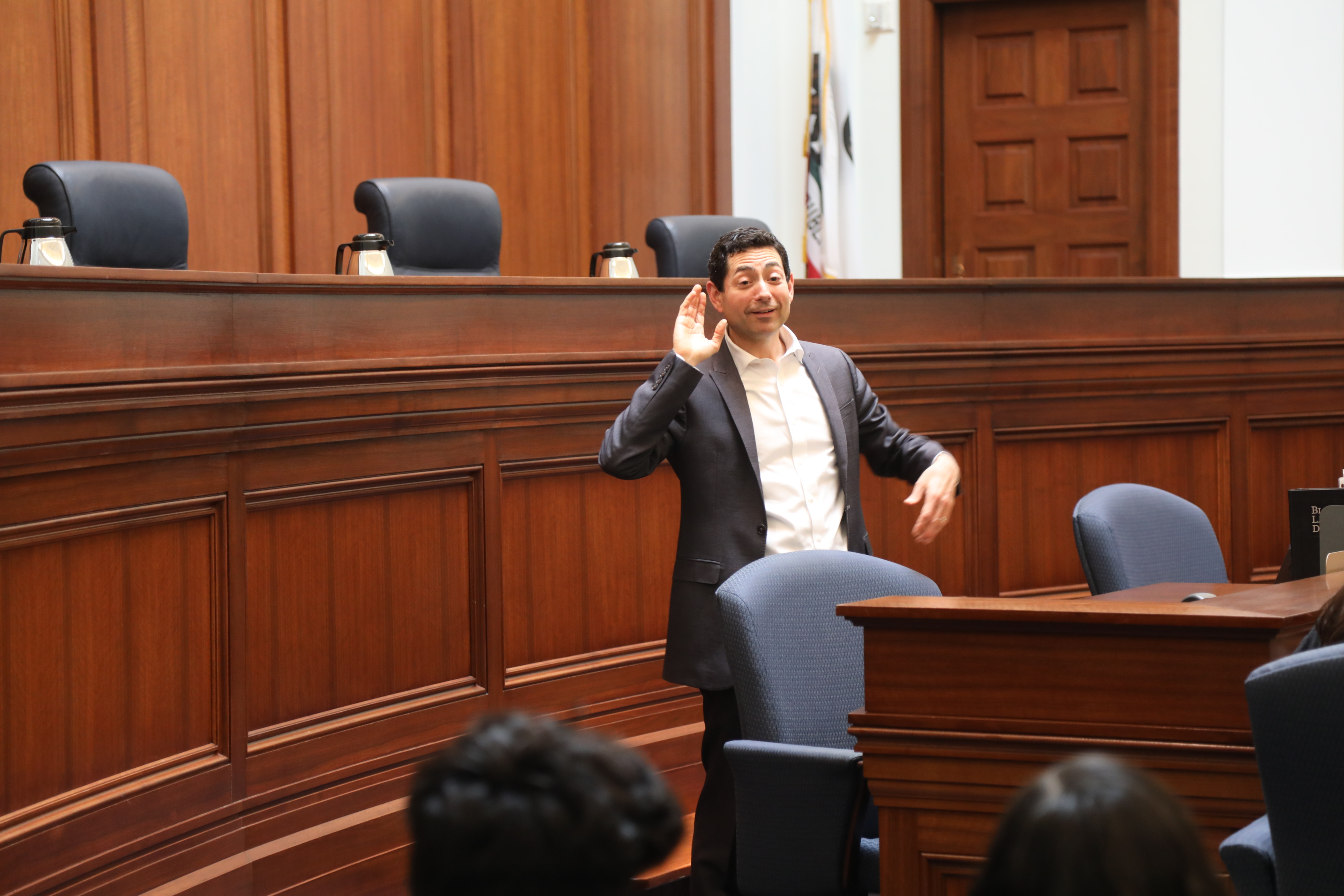 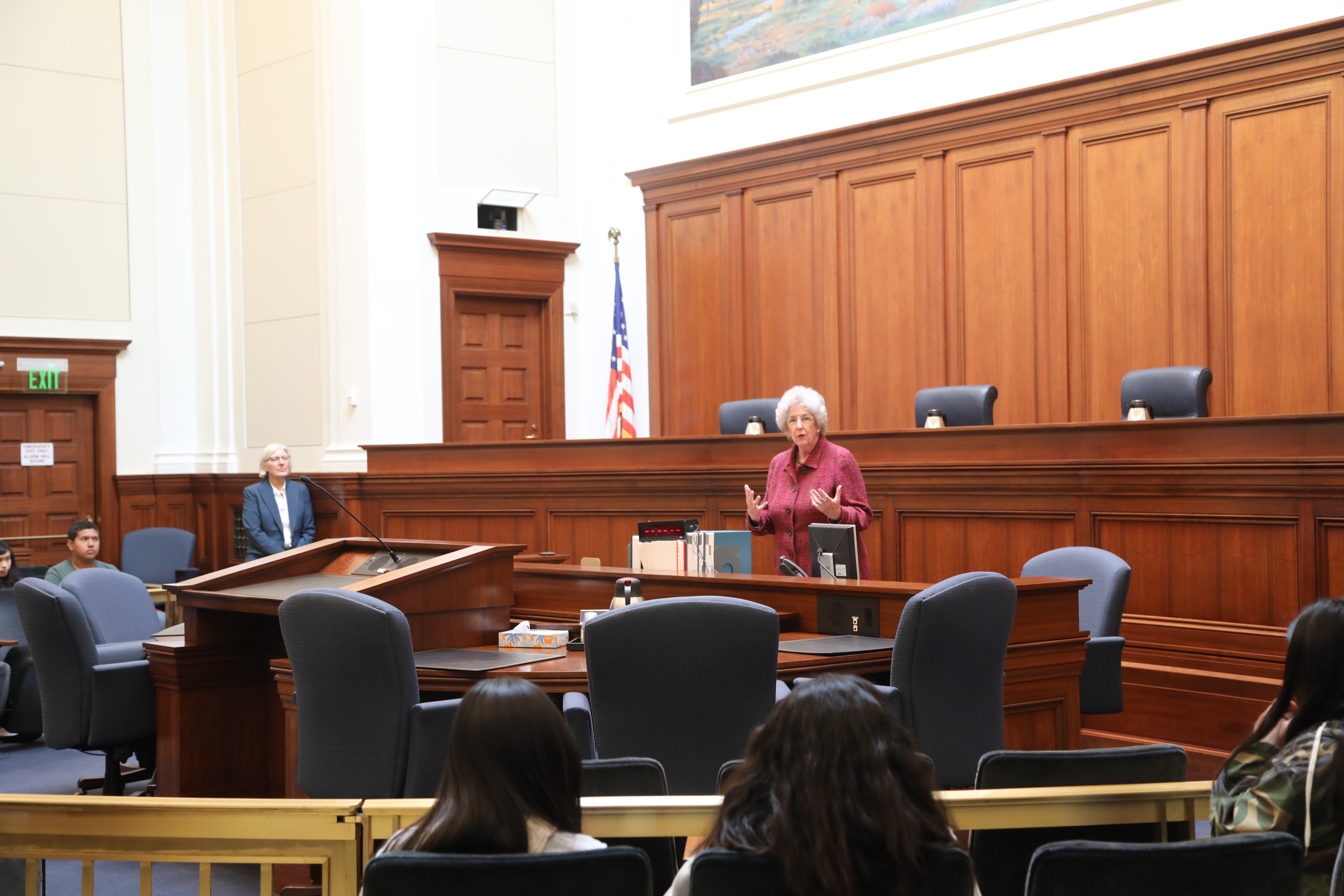 Justice Carol Corrigan with students in the Supreme Court courtroom. 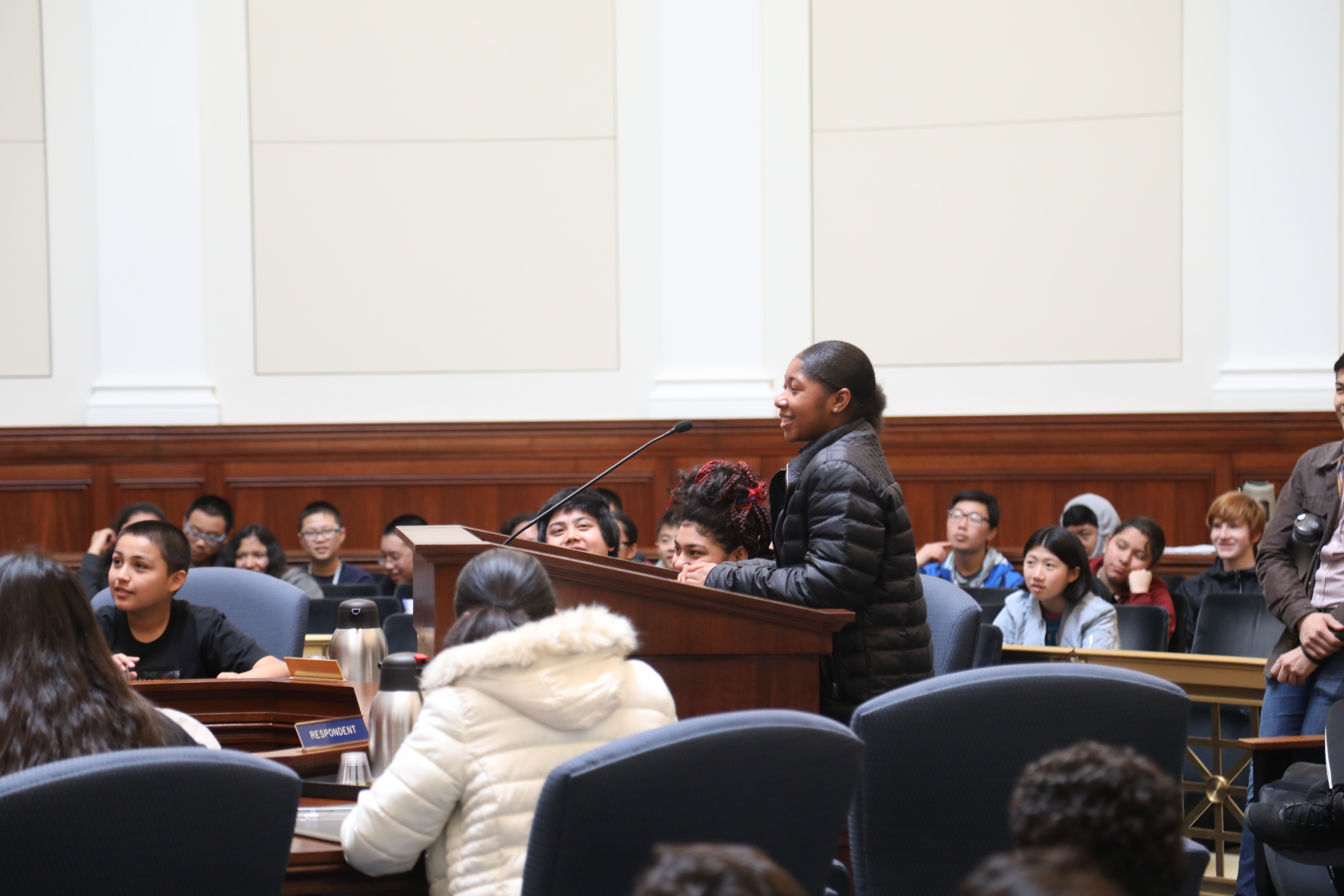 A middle schooler tests her public speaking skills at the Supreme Court lectern.

Under the state Constitution, the Governor must obtain get the “recommendation” of the majority of Supreme Court justices to pardon or commute the sentence of someone convicted of two or more felonies. The court acted on 68 requests for pardons or commutations, the vast majority during former Gov. Jerry Brown’s final weeks in office. Of those, the court declined to allow clemency in 10 matters — the first rejections in many decades.

In August, the court allowed clemency in Gov. Gavin Newsom’s first request. The Governor then pardoned Susan Burton, who had served 20 years in prison before creating a nonprofit that helps women transitioning out of prison.

Death penalty appeals are based primarily on the record at trial. These appeals of trial court decisions bypass the Courts of Appeal and are decided exclusively by the California Supreme Court. The court decided 20 automatic appeals by written opinions this year. 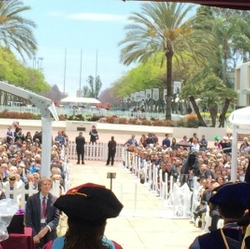