Judge Carol Brosnahan, of the Superior Court of Alameda County, is the recipient of the 2019 Aranda Access to Justice Award. She was honored on Nov. 14, 2019, in a presentation that was live-streamed during the Judicial Council meeting.
By Penne Soltysik

Judge Carol S. Brosnahan of Alameda County Superior Court is the recipient of its 2019 Aranda Access to Justice Award. The award is presented in partnership with the California Judges Association and the Judicial Council.

Named in honor of the late Judge Benjamin Aranda III, the award honors a judge demonstrating a long-term, tireless commitment to improving, and promoting fairness and access to, the courts, especially for low-and moderate-income Californians.

2019 Aranda Award Recipient Judge Carol S. Brosnahan is celebrating her 40th year on the Alameda County bench, where she operates the county's behavioral health court and is held in the highest regard by her peers, colleagues, and former classmates, including Ruth Bader Ginsburg, who sent a congratulatory note to Brosnahan this past April. She has been referred to as a "grass-roots" judge, who renders fair rulings with integrity, and without bias based upon socio-economic status or any other non-relevant factors.

"Judge Carol Brosnahan exudes all of the phenomenal qualities we look for when selecting Aranda Award recipients. She is an inspiration, and her commitment to public service, particularly in the area of mental health, demonstrates her integrity and passion," says Ona Alston Dosunmu, CLA's CEO.

The Judicial Council, the California Lawyer's Association, and the California Judges Association cosponsor the award. The award, named for the founding chair of the Judicial Council’s Access and Fairness Advisory Committee, Benjamin Aranda III, honors a trial judge or an appellate justice whose activities demonstrate a long-term commitment to improving access to justice. 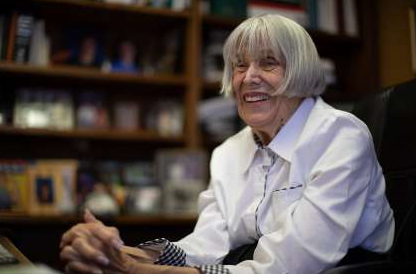