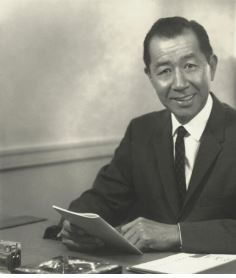 After his retirement, Judge Tamura served as a member of the Judicial Council from 1979 to 1981.

Stephen K. Tamura’s name will grace Orange County Superior Court’s West Justice Center to honor the late judge’s legacy of groundbreaking successes and to serve as recognition of the contributions of Asian Americans to Orange County and the United States.

“It was a real privilege to submit the application to name West Justice Center in honor of the late judge,” said Superior Court Presiding Judge Kirk Nakamura, discussing the application submitted by Orange County community members to the Judicial Council of California, which owns and oversees all court facilities throughout the state.

“He was a man of many ‘firsts’ and I am very proud to have followed his footsteps to the Bench,” Presiding Judge Nakamura added.

The publication of the decision of the Judicial Council of California to name West Justice Center in Westminster for Judge Tamura coincided with the celebrations of Asian and Pacific Islander American Heritage Month, giving the action added significance for Orange County’s Asian Pacific Islander community and the Japanese American community more specifically.

Judge Tamura attended Pomona College and graduated from the University of California, Berkeley. Following the completion of his studies, he established his private practice in 1938. His law office building at 202 E. Fourth Street, Santa Ana, Calif. still stands today. The law office building was listed as a historical structure by the Bowers Museum Japanese American Council's Historic Building Survey in 1986.

The late judge’s perseverance was tested when World War II broke out and he was incarcerated in Poston, Ariz. Despite this setback, Tamura worked hard and was permitted by the War Relocation Authority to study at Harvard School of Law in 1943. He enlisted in the U.S. Army in 1945, serving in Italy with the all-Nisei "Go for Broke" 442nd Regimental Combat Team, the most decorated military unit for its size and length of service in U.S. history. Along with his comrades, Judge Tamura was awarded the Congressional Gold Medal in 2011.