Tribal and State Court Leaders Team up in Mendocino 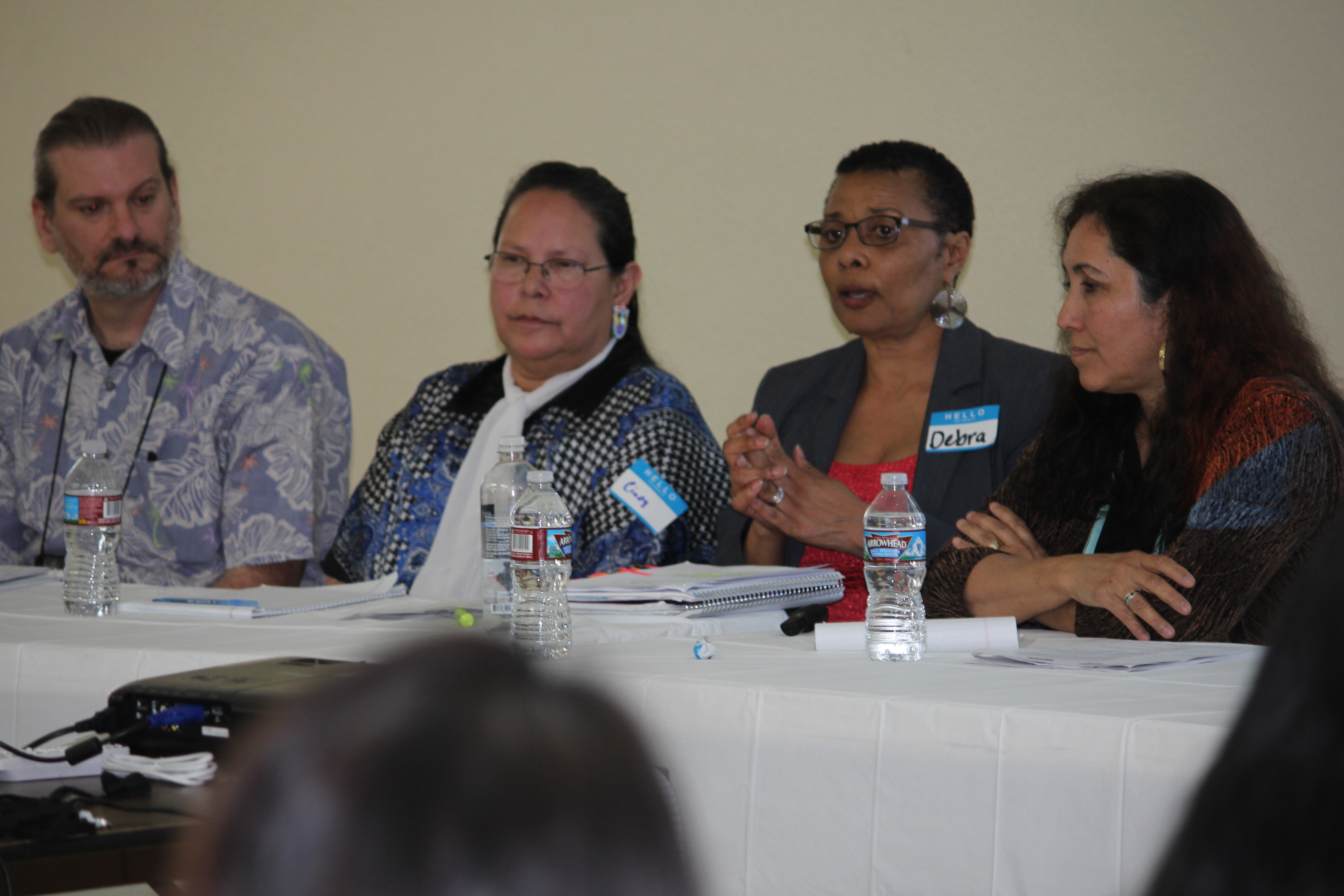 Debra Samples (second from right), from the Department of Health and Human Services, addresses the audience during a panel session on the child welfare system. 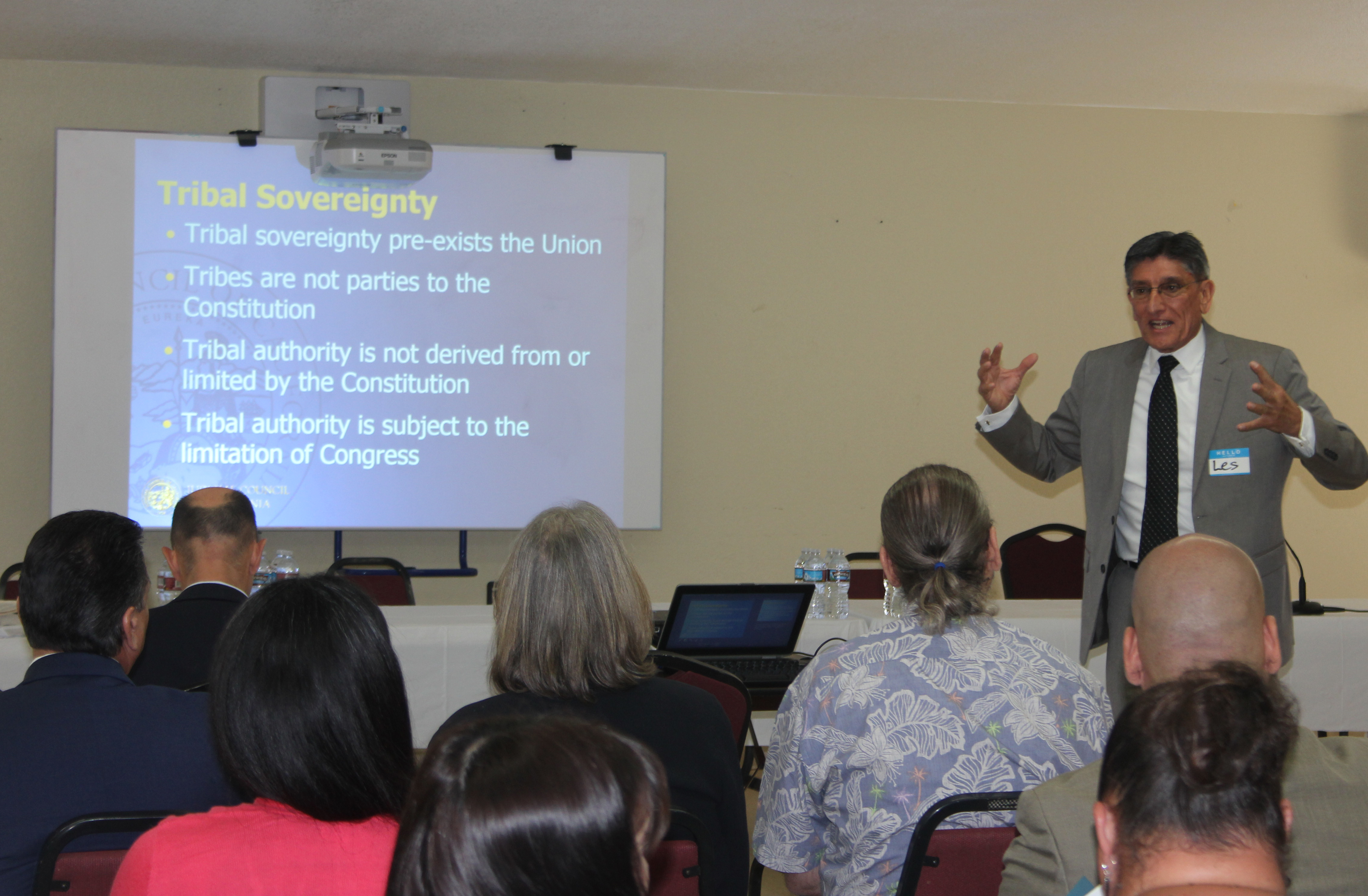 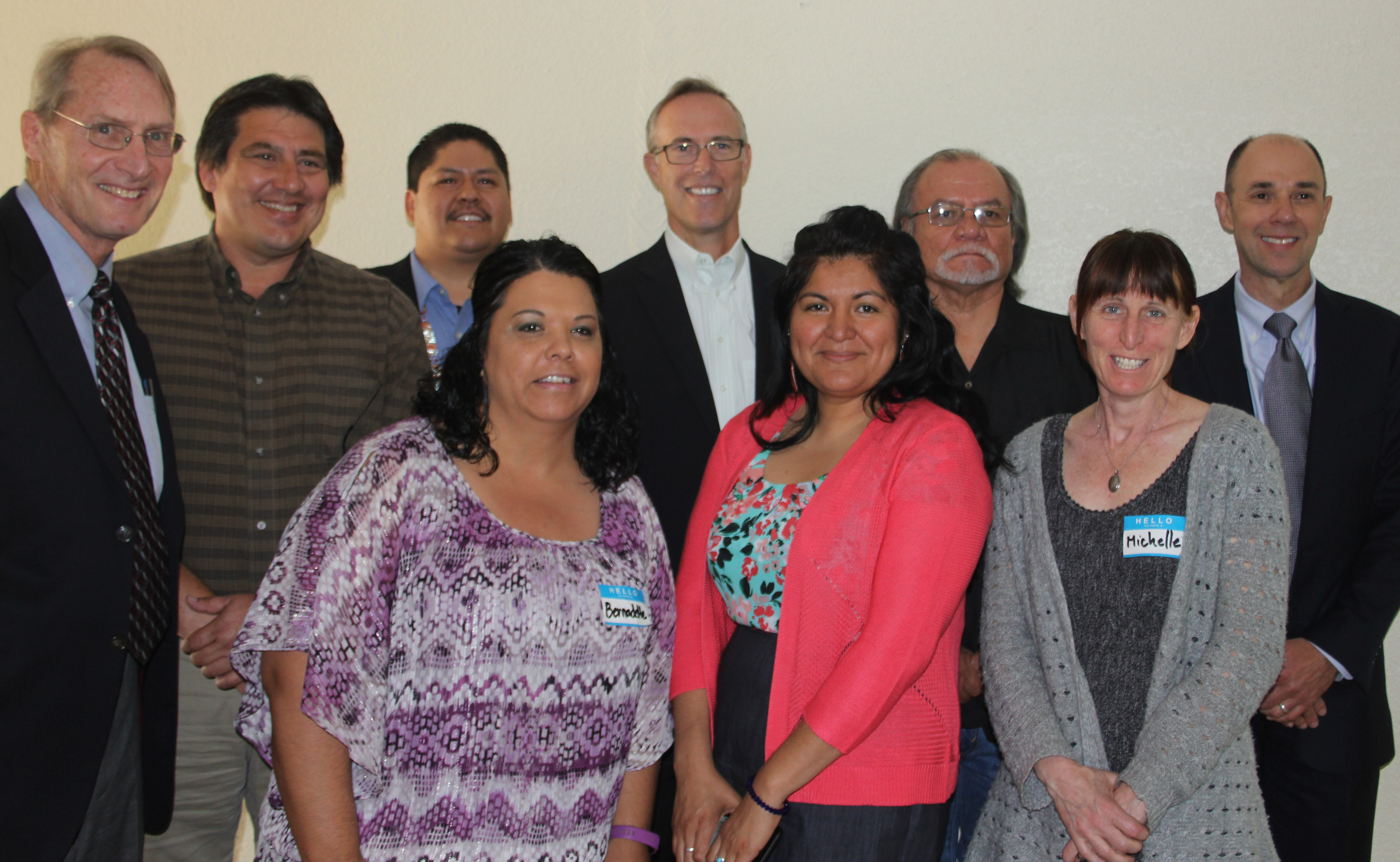 The Northern California Intertribal Court System and the Mendocino Superior Court co-hosted a cross-court educational exchange to discuss how they could improve services for tribal members and their families impacted by domestic violence, sexual assault, stalking, teen dating violence, and elder abuse. The event took place on April 8 at the Hopland Community Center.

Event Brings Together Multiple Stakeholders
In addition to the court representatives, participants at the cross-court exchange included local, county, and tribal professionals who work in the fields of child welfare, juvenile and criminal law, education, mental health, probation, social services, victim and other supportive services. Attendees discussed issues such as: how tribal courts work, recognition and enforcement of protective orders, and how law enforcement and court systems could better collaborate to hold offenders accountable and ensure access to culturally appropriate services.

About the Tribal Court-State Court Forum
Attendees at the cross-court exchange in Mendocino also learned about statewide efforts supported by California’s Tribal Court-State Court Forum. Established in 2010, the forum makes recommendations to the Judicial Council for improving the administration of justice in all proceedings in which the authority to exercise jurisdiction is shared between the state judicial branch and tribal justice systems.

A recent report to the council on the forum highlighted cooperation between these two systems that has led to improved outcomes in juvenile dependency, domestic violence cases, conservatorships, and other judicial proceedings. 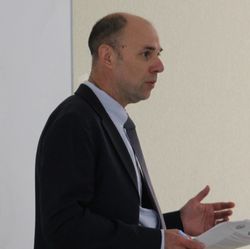 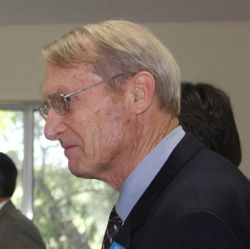 “In cooperating together, state courts and tribal courts can help each other and improve the services they provide to the public.” — Presiding Judge David E. Nelson, Superior Court of Mendocino County