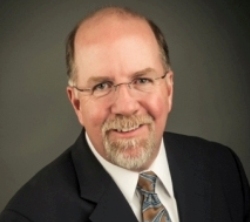 SAN FRANCISCO—Following a national search, the Supreme Court of California today announced the appointment of Mr. Lawrence W. Striley as the 25th Reporter of Decisions of the Supreme Court and the Courts of Appeal. Mr. Striley has over 18 years of experience in the legal profession, including 12 years in legal publishing, and will begin his new role with the court on October 1, 2014.

“Lawrence Striley follows in the footsteps of some remarkable public servants, including legal giant Bernie Witkin and Ed Jessen, who recently retired after 25 years of distinguished service,” said Chief Justice Tani G. Cantil-Sakauye. “As our new Reporter of Decisions, Mr. Striley becomes the steward of the appellate courts’ process of producing our ‘documents of state,’ legal opinions that belong to the people, contribute to the rule of law, and provide guidance to courts in other jurisdictions. We look forward to his contributions to a long tradition of legal excellence in California.”

Mr. Striley previously served as a director of content development, an editorial manager, and a legal editor at LexisNexis, and also as an associate and principal in private law practice in West Virginia and Colorado. While at LexisNexis, he was responsible for managing the printing and publication of the official versions of opinions from California, Washington, Georgia, New Hampshire, Vermont, Montana, and the territory of the U.S. Virgin Islands.

Mr. Striley, who was raised in Southern California, received his Bachelor of Arts degree in Radio/Television/Film from California State University, Long Beach, and his Juris Doctor degree from Washington & Lee University School of Law, Lexington, Virginia. Mr. Striley is an active member of the Colorado and Wyoming State Bars and also an inactive member of the State Bars of Virginia and West Virginia.

The Reporter of Decisions is responsible for supervising the preparation of more than 12,000 California Supreme Court and Court of Appeal opinions each year, including opinions published in both the Official California Reports and the Official California Appellate Reports as well as unpublished opinions posted on the judicial branch’s California Courts Web site. Appointed by the court, the Reporter ensures the editorial integrity of all opinions from filing through publication and posting, and reviews the accuracy of the editorial information included in both the advance sheets and bound volumes for published opinions.