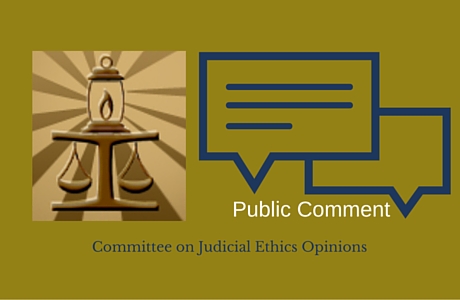 SAN FRANCISCO—The California Supreme Court Committee on Judicial Ethics Opinions (CJEO) invites public comment on a draft opinion discussing whether judicial officers may have an interest in a commercial enterprise that involves the sale or manufacture of medical or recreational marijuana.

CJEO Draft Formal Opinion 2017-010 advises that a judge may not maintain an interest in a commercial enterprise that involves the sale or manufacture of medical or recreational marijuana.  Despite the limited decriminalization of medical and recreational marijuana under California law, marijuana remains an illegal Schedule I substance under the federal Controlled Substances Act and to maintain such an interest would violate the California Code of Judicial Ethics.

The draft opinion advises judges that maintaining such an interest in a marijuana business is an activity that involves an impropriety in violation of canon 2 and explicitly violates the obligation to comply with the law pursuant to canon 2A.  The draft opinion also concludes that a judge’s decision engage in an extrajudicial activity that violates federal law for his or her personal interests creates an appearance of impropriety and casts doubt on the judge’s capacity to act impartially in violation of canons 2 and 4.

The committee invites the public to comment on this draft advisory opinion. All comments submitted to the committee are confidential communications and precluded from disclosure unless confidentiality is waived. (Cal. Rules of Court, rule 9.80(h); CJEO Internal Operating Rules and Procedures, rule 5(b), (e).) Those comments submitted with a waiver of confidentiality will be posted for public view on the CJEO website at the close of the comment period. All of the comments the committee receives will be carefully considered by the CJEO members when finalizing and approving CJEO Formal Opinion No. 2017-010.

After considering the public’s comments on the draft opinion, the committee will decide whether or not to publish an opinion in final form. Comments are due by March 1, 2017, and may be submitted in any of the following ways:

CJEO is an independent committee appointed by the Supreme Court to help inform the judiciary and the public concerning judicial ethics topics. CJEO was established as part of the court’s constitutional responsibility to guide the conduct of judges and judicial candidates. (Cal. Const., art. VI, § 18, subd. (m).) In making appointments to serve on CJEO, the court selects members of the bench with a strong background in judicial ethics and diverse courtroom experience. The current twelve CJEO members are justices, judges, a commissioner, and a retired bench officer who have served in courts of various sizes throughout the state.

CJEO publishes formal opinions, issues confidential informal opinions, and provides oral advice on proper judicial conduct pursuant to the California Code of Judicial Ethics and other authorities. (Cal. Rules of Court, rule 9.80(e)(1).) CJEO acts independently of the Supreme Court, the Commission on Judicial Performance, the Judicial Council, the Administrative Office of the Courts, and all other entities. (Rule 9.80(b).)

Public Comments on this draft formal opinion can be submitted until Wednesday, March 1, 2017 by: 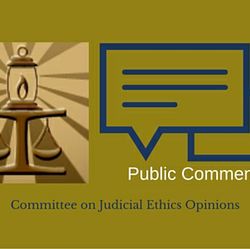 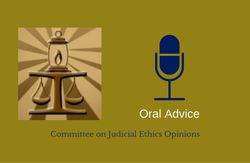 Judges May No Longer Accept a Fee for Performing Marriages