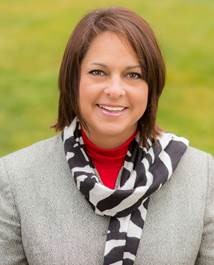 SACRAMENTO—Administrative Presiding Justice Vance W. Raye today announced the appointment of Ms. Andrea Wallin-Rohmann as the Clerk/Administrator of the Court of Appeal, Third Appellate District, effective August 1, 2016. Ms. Wallin-Rohmann, currently Chief Deputy Director for Policy at the California Department of Technology, will succeed Deena Fawcett, who will retire on July 16, 2016, after serving with the Court of Appeal over 30 years, including 15 years as Clerk/Administrator.

“Deena Fawcett’s decision to leave the court left us with mixed emotions. We understood her desire to begin a new chapter in her life—30 years is a long time to give—but were disappointed and concerned with the large void she would be leaving behind. She acquired a national reputation as a leader in judicial administration, highlighted by her election as president of the National Conference of Appellate Court Clerks. Hers are large shoes to fill,” commented Administrative Presiding Justice Raye. “Fortunately, she cultivated an outstanding staff of court professionals in the clerk’s office. With the selection of Ms. Wallin-Rohmann, we will have an exceptional manager to lead them—a person with 28 years of state experience, an outstanding track record of achievement in a variety of management positions, proven problem solving and people skills, and a reputation as a talented public spokesperson. We look forward to Ms. Wallin-Rohmann’s tenure with the court. Our future looks as bright as our past.”

Responding to news of her appointment, Ms. Wallin-Rohmann said, “I am excited about this opportunity and the future that lies ahead working with the Courts.”

The Third Appellate District encompasses 23 counties in Northern California. The court’s 11 justices, who are appointed by the Governor and stand for nonpartisan retention election, review criminal, civil, and juvenile cases decided by superior courts within the district. The Clerk/Administrator is the court’s principal executive officer with responsibility for directing the Office of the Clerk of the Court and providing administrative support, including budgeting, procurement, security, human resources, and business services. The Clerk/Administrator also serves as the court’s public information officer and assists in developing community outreach programs, among other responsibilities.

Ms. Wallin-Rohmann has worked in various positions within state government. In her current position as Chief Deputy Director of Policy for the Department of Technology, she has a variety of responsibilities, including the development of statewide IT policy and management of multiple units, which include the Information Technology Project Oversight Division, the State Technology Procurement Division, the State’s Chief Information Security Office, and the Administrative Services Division.

She has been the Deputy Director of Human Resources for the California Department of Corrections and Rehabilitation. In that position, she was directly accountable for all human resource operations that impacted 58,000 employees, including personnel operations, resource planning, training and professional development, employee wellness, and overall customer satisfaction. She also served the Department of Corrections as Chief Information Officer for Enterprise Information Services. While serving in that capacity, she was honored as the Chief Information Officer of the Year for the public sector.