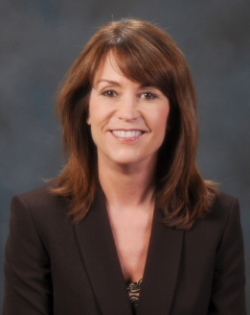 SAN FRANCISCO—Millicent Tidwell, a longtime leader in the state’s executive branch, has been selected as the Judicial Council’s Chief Operating Officer (COO). Ms. Tidwell is currently the Director of the Division of Rehabilitative Programs for the California Department of Corrections and Rehabilitation. Ms. Tidwell will join the council staff on November 16. The council’s COO position has been vacant since April 2015.

“We looked long and hard for the right person to fill this crucial role,” said Administrative Director Martin Hoshino. “Millicent brings a wealth of management and statewide policymaking experience from the executive branch and she is very familiar with judicial branch issues, having served on the Judicial Council’s Collaborative Justice Courts Advisory Committee during her tenure at the Department of Alcohol and Drug Programs.”

At the Department of Corrections and Rehabilitation, Ms. Tidwell managed an annual budget of over $450 million a year. She was responsible for the delivery of rehabilitative programs offered to inmates and parolees to assist them to successfully transition back into the communities while enhancing public safety.

“I’ve been following with great interest the changes Chief Justice Tani G. Cantil-Sakauye and the Judicial Council have instituted over the last five years,” said Ms. Tidwell. “The philosophy of ongoing self-assessment and reform is one I wholeheartedly support. I am thankful for this opportunity and look forward to assisting in these continuing efforts.”

For the last 15 years, Ms. Tidwell has worked in various leadership capacities in both the Department of Corrections and Rehabilitation and the Department of Alcohol and Drug Programs. She has a Juris Doctorate from Lincoln Law School and a bachelor’s degree in criminal justice from California State University, Sacramento. Her salary will be $198,000.