The goals: serve people online, not in line; once and done 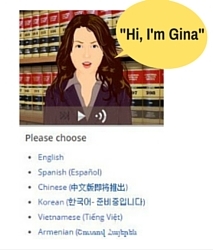 The Superior Court of Los Angeles County handles some 1.5 million traffic citations a year. Two years ago, in the midst of the state's budget crisis, the crushing load of traffic cases had created a traffic jam inside LA courthouses—long lines.

People were waiting as long as 2.5 hours to see a clerk.

By surveying thousands of court users, staff discovered that the vast majority of those waiting in line could complete their traffic transactions online instead.

Technology and traffic court staff got creative. They reprogrammed their 35-year-old case management system and overhauled their website.

Examples of the court's improvements and innovations: