New problem-solving courts are designed to hear cases of individuals with multiple issues, such as mental illness, homelessness, and substance abuse 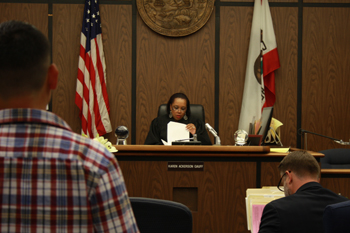 The Los Angeles Superior Court has taken problem-solving courts to a new level by combining collaborative courts for defendants with multiple issues. The new Community Collaborative Courts address the needs of multiple at-risk and vulnerable populations, including: veterans, the mentally ill, the homeless, substance abusers, and at-risk youth who have aged out of the foster-care system.

Collaboration Key to Program Success
Although the new program is limited for now to four judges presiding over cases in four different courthouses in Los Angeles County, qualifying cases in other parts of the county can be transferred to one of the four locations.

About Collaborative Courts
Collaborative justice courts, also known as problem-solving courts, combine judicial supervision and rehabilitation services to improve outcomes for offenders and reduce repeat offenses. California is a leader in supporting these specialty courts, and many counties have created their own drug courts, mental health courts, or homeless courts to deal with these at-risk defendants.

“I am proud that this innovative program…has earned the support of our justice partners and of the public agencies charged with assisting the vulnerable populations who are the targets of this project.” — Presiding Judge Carolyn Kuhl, Superior Court of Los Angeles County (Photo: Jennifer Cheek Pantaleon)