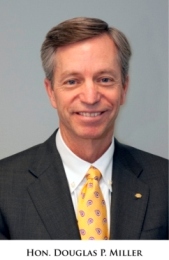 SAN FRANCISCO—Justice Douglas P. Miller, chair of the Executive and Planning Committee of the Judicial Council of California, issued a statement in response to the Legislative Analyst’s Office (LAO) report released April 13, 2012. The report, entitled “The 2012-13 Budget: Managing Ongoing Reductions to the Judicial Branch” is posted online.

“I’m pleased that the Legislative Analyst recognizes the adverse effects of the cumulative budget cutbacks to the judicial branch,” said Justice Miller. “However, as Chair of the Executive and Planning Committee, I disagree with its conclusion that the Legislature should solely dictate how ongoing cutbacks to the judicial branch should be allocated to the courts. I agree with the Governor on this issue. His budget properly recognizes the role that the third branch of government has in managing how budget shortfalls should be absorbed. The report also recommends that the Legislature delay or suspend court construction programs. The Judicial Council, however, remains committed to the court construction program and  ensuring that courthouses are safe and accessible to the public, court employees, and other court users. Each year the Judicial Council has responsibly balanced the need to replace and renovate court facilities with keeping courts open by redirecting court construction funds to court operations.  Just this year the Judicial Council redirected $213 million for that purpose. Additionally, our own judicial oversight committee has forwarded cost-reduction recommendations for court projects to the Judicial Council, and we will be considering them on April 24 at our next scheduled Judicial Council meeting. This is an example of an issue more appropriate for judicial branch governance.”