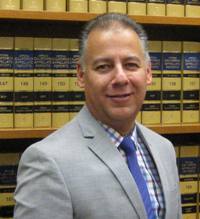 “I am delighted to announce the appointment of one of our long-serving court staff members as the Supreme Court’s new, and first Latino, Court Administrator and Clerk,” stated Chief Justice Cantil-Sakauye. “Jorge has been a dedicated public servant for over twenty years and has unique, first-hand experience with every aspect of the court’s operations. His personal story is truly inspiring and reflects the richness and diversity, not only of our bench, but also of the State of California.”

Commenting on his appointment by the court Mr. Navarrete said, “It is a tremendous honor and privilege to have been selected by the court to serve as its twenty-seventh Court Administrator and Clerk. I appreciate the confidence and trust reposed in me by the Chief Justice and the Associate Justices of the court. Having served three chief justices, twelve associate justices, and three previous court administrators during my twenty years with the court, this appointment truly is the pinnacle of my career and my proudest professional accomplishment.”

Mr. Navarrete will succeed Mr. Frank A. McGuire who announced his retirement, effective September 30, 2016, after a distinguished 30-year legal career, including the past 25 years with the California Judicial Branch.

“During my tenure as Court Administrator, our Assistant Clerk Administrator Jorge Navarrete has stood by me, encouraged me, and supported me every step of the way,” remarked Frank A. McGuire, outgoing Court Administrator and Clerk of the Supreme Court. “I am thrilled that the court has selected Jorge as my successor. Having risen through the ranks of our Clerk’s Office, Jorge possesses a unique combination of common sense, institutional knowledge, and tireless dedication that will serve the court well for many years to come. My heartfelt congratulations to Jorge and his family on this richly-deserved honor.”

A native of Guadalajara, Mexico, Mr. Navarrete immigrated to the United States in 1987 to pursue his dream of becoming a pilot in the United States Armed Forces. He enlisted in the U.S. Army in 1989, attended basic training at Fort Sill, Oklahoma and the Air Assault School at Fort Ord, California, received three promotions during his service, and then an honorable discharge in 1993.

“When I was appointed Clerk of the Supreme Court in January 2000, I quickly recognized the potential of one of the court’s young deputy clerks, Jorge Navarrete,” commented Frederick “Fritz” K. Ohlrich, who served as Court Administrator until his retirement in 2012. “Over the next 12 years, Jorge continually demonstrated his competence and leadership skills as he earned the promotion to the position of Assistant Clerk. I am very happy to learn of his appointment as the Court's 27th Clerk. He is smart, energetic, dependable, and I am confident he will serve the Supreme Court, the appellate courts and practitioners, and the public very well.”

Mr. Navarrete is a Certified Court Manager having completed the National Center for State Courts, Institute for Court Management, Court Management Program. Prior to enlisting in the U.S. Army, he also studied business administration and accounting at San Francisco City College.

As Court Administrator and Clerk of the Supreme Court, Mr. Navarrete will serve as the court’s executive officer and will be responsible for planning, organizing, coordinating, and directing—with full authority and accountability—the management of the Office of the Clerk and all non-judicial administrative support activities. 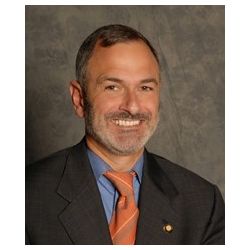 Frederick Ohlrich to Retire as Clerk/Administrator of Supreme Court