Chief Justice Tani G. Cantil-Sakauye was the keynote speaker at a Constitution Day event held at the U.S. District Court in Sacramento.

Chief Justice Tani G. Cantil-Sakauye was the keynote speaker at a Constitution Day event held at the U.S. District Court in Sacramento. At the Teachers Law School on Monday, September 18, the Chief Justice fielded questions from teachers on the third branch of government. The event also featured panel discussions on topics such as the separation of powers with California Justice Arthur Scotland of the Third District Court of Appeal (ret.), Judge Morrison England and U.S. Magistrate Judge Deborah Barnes of the United States District Court.

The Constitution and the Rule of Law are supported by our courts. By protecting our fundamental rights, the third branch of government provides the checks and balances that are cornerstones of our democracy.

On Friday, September 15, U.S. Supreme Court Justice Anthony M. Kennedy was the keynote speaker, and Justice Judith McConnell was on a plenary panel at a Federal Judicial Center symposium on civil discourse for educators, judges, and lawyers. Together with Chief Circuit Judge Sidney Thomas, Ninth Circuit Court of Appeals and Wallace Jefferson, former Chief Justice of the Supreme Court of Texas, Justice McConnell discussed to what extent the judiciary can serve as a model of civil dialogue. Justice McConnell explained that Chief Justice Cantil-Sakauye’s Civic Learning Initiative promotes teaching students, starting at a young age, about civility and court processes through engaging educational activities such as mock trials and moot courts.

To further state-federal collaborations on civic education, the Chief Justice recently appointed judges from both the federal and state courts to the Power of Democracy Steering Committee, which oversees her civic learning initiative. 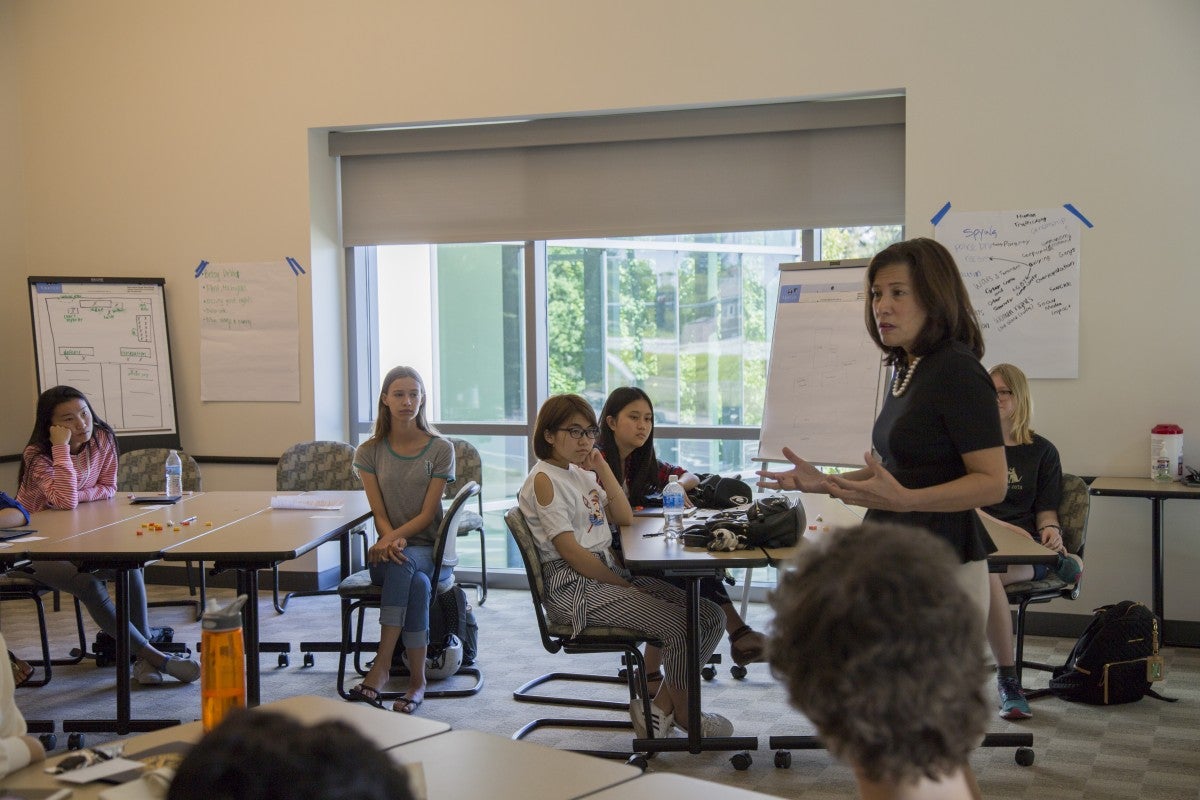