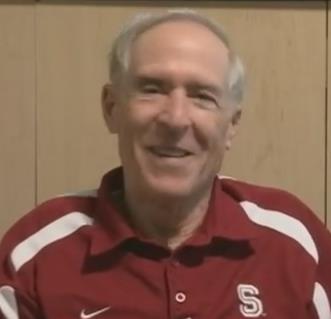 LOS ANGELES—Associate Justice Richard M. Mosk passed away after a brief illness on Sunday, April 17, 2016. Justice Mosk was the son of Supreme Court of California Associate Justice Stanley Mosk, and had just retired from the Court of Appeal, Second Appellate District, Division Five in March. He was 76.

Chief Justice Tani G. Cantil-Sakauye commented that, “Justice Mosk worked on the Warren Commission,  chaired the Motion Picture Association rating system, sat on the Iran–U.S. Claims Tribunal at The Hague, as well as, serving as a Court of Appeal justice. He had friendships and acquaintances with presidents, governors, and ambassadors. Not too long ago, Justice Mosk served as a justice pro tempore on the Supreme Court. He was a pleasure to work with—he possessed a keen intellect and I found him to be humble and modest. Like his father, Supreme Court Justice Stanley Mosk, Justice Richard Mosk leaves a powerful legacy to California’s jurisprudence.”

“I am quite saddened to learn of the death of Justice Richard Mosk and express my condolences to his wife and family,” said Administrative Presiding Justice Roger W. Boren, “Justice Mosk led a professional life of some variety and distinguished accomplishment. On the Court of Appeal, he was seen as a man of considerable energy and enthusiasm. He had an inquisitive and creative mind. From our frequent early morning chats, I learned that he had wide scope of interests. I will miss Justice Mosk.”

Justice Mosk was a member of staff to the President’s Commission on the Assassination of President Kennedy (Warren Commission), and a law clerk to Supreme Court of California Associate Justice Mathew O. Tobriner. He served on active duty in the air police unit of the California Air National Guard and as an officer in the United States Naval Reserve.

He taught courses and gave lectures in law schools and universities in the United States and internationally, and published numerous articles for law reviews and newspapers.

Division Five Presiding Justice Paul Turner said that, “Elizabeth and I extend our most profound sympathies to Richard's wife, Sandy, and their children and grandchildren. Each of us grieves for them in this time of sorrow. Particularly for his grandchildren, his death is a more difficult sadness to bear. But his grandchildren must never forget that he always spoke of them with joyous love and pride.”

Justice Mosk’s long-time Division Five colleague, Associate Justice Sandy R. Kriegler commented that, “I am deeply saddened by the death of Richard Mosk, my colleague on the Court of Appeal for the past 11 years. Richard had an amazing career—research attorney on the California Supreme Court, member of the staff of the Warren Commission on the assassination of President John F. Kennedy, successful in private practice, and prolific writer on this Court. Aware that he lacked experience as a trial court judge, I appreciated when Richard would drop by my chambers and ask, ʻHow would you handle this issue if you were the trial judge?’ We shared countless conversations about college athletics, generally about his persistent argument that his beloved Stanford University was a national power in all the major sports. Those conversations will be missed.”

Justice Mosk is survived by his loving wife Sandy, and his daughter Julie and son Matthew. His memorial service will be held Thursday, April 21 at 1:00 p.m. at Hillside Memorial Park, 6001 West Centinela Avenue, Los Angeles CA 90045. 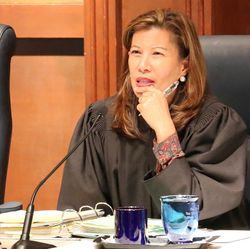