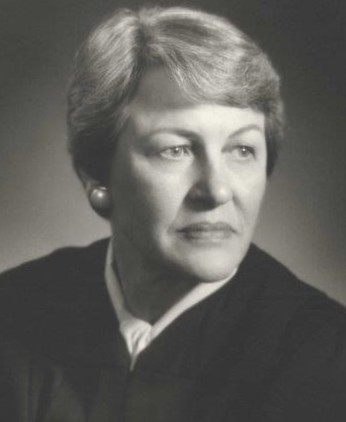 The Honorable Justice Betty Barry-Deal—the first woman to serve on the 1st District Court of Appeal—passed away peacefully at the home of her daughter in Ventura, California, on March 12.

"Justice Barry-Deal was the essence of collegiality," said retired Presiding Justice Carl Anderson."She was so amiable, smart, compassionate and strong. She was always prepared."

Justice Anderson met Justice Barry-Deal in 1977 when he and fellow judges welcomed her to the Superior Court of Alameda. Seven years later, she returned the geniality when he joined the 1st District Court of Appeal in 1984.

Justice Barry-Deal earned her law degree from the University of California, Berkeley School of Law and was admitted to the California Bar in 1955. She began her legal career as a research attorney and a legal editor of “Continuing Education of the Bar” until 1963. Thereafter, she served in private practice, specializing in family, estate planning and probate law until she was appointed to the Superior Court of Alameda County.

Justice Barry-Deal grew up in Susanville, California, and graduated valedictorian from Lassen High School in 1938 and Lassen Junior College in 1940. She attended Stanford University briefly before leaving school to join the Red Cross during World War II. She later returned to school and graduated Phi Beta Kappa from the University of California, Berkeley in 1944.

Justice Barry-Deal is survived by her two children Diana and Thomas Deal and six grandchildren.